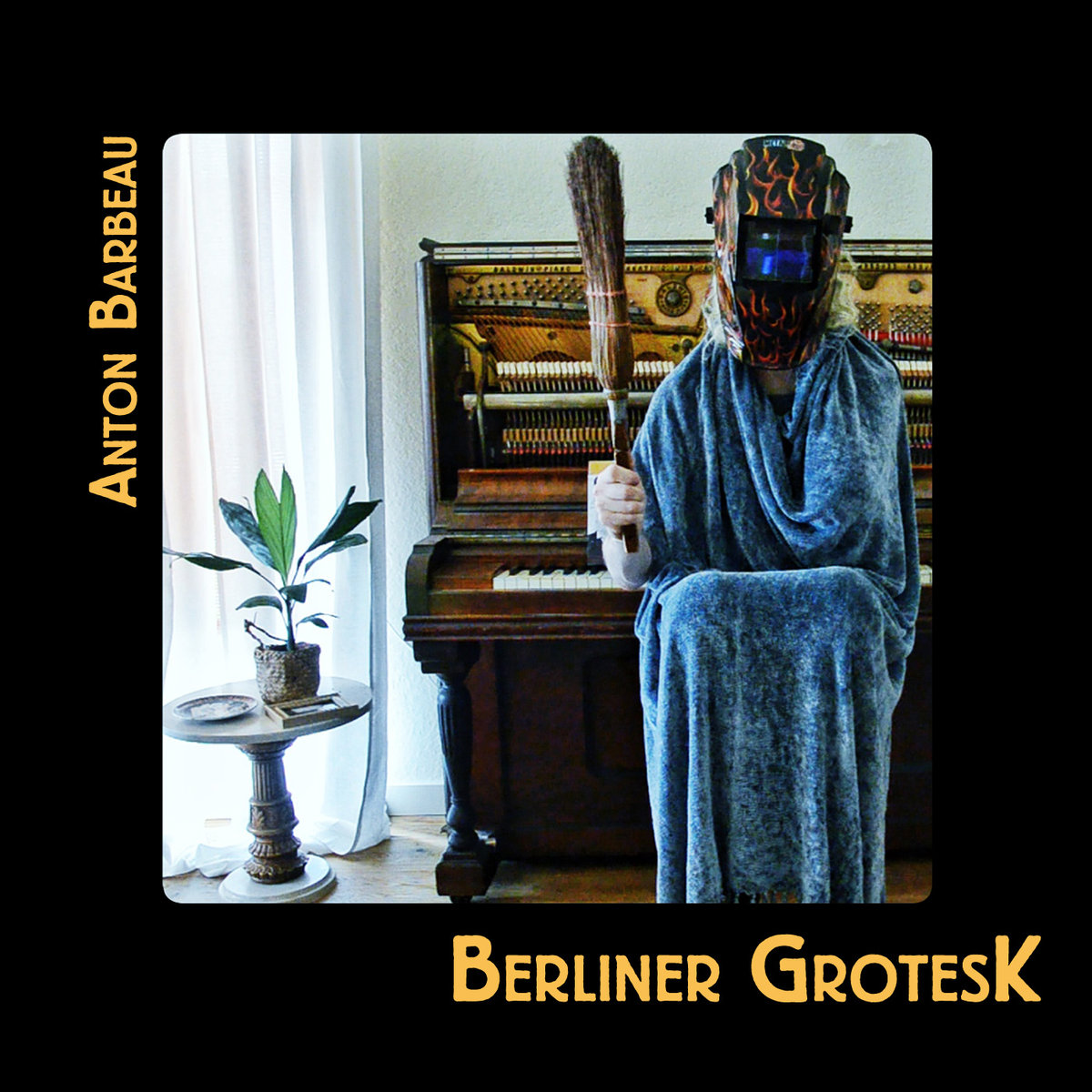 Hailing from Sacramento and currently residing in Berlin, Anton Barbeau is a prolific artist, whose music is steeped in psych-rock and underground club-tronica. His work blends an unerring ear for melody with a zany eye for poetry. Best known for making “pre-apocalyptic psychedelic pop” for his new album Berliner Grotesk, we can also refer to European circus cabaret and crypto-confessional piano ballads with hints of old school new wave and nu-skool nonsense.

Barbeau has recorded over 20 albums and has worked with members of XTC, The Soft Boys, the Bevis Frond, Cake, the Loud Family and Mystery Lawn label-mates the Corner Laughers. Earlier, he had a band Three Minute Tease with ex-Robyn Hitchcock cronies Andy Metcalfe and Morris Windsor. When in California, Anton Barbeau plays with his band Kenny. He also writes for and produces albums for Allyson Seconds.

Berliner Grotesk includes 11 songs of Barbeau’s own striking psychedelic cabaret concoction. The album’s title track has an accompanying cabaret-style video, created by Julia VBH and Barbeau himself. Everything in this track is played under the colorful sonic low light of cabaret and strangely, but maybe not so strange for a cabaret band after all, the track is a love song.

In a press release for the record Barbeau writes: “This song, and much of the Berliner Grotesk album, seems to be about love, though there aren’t many actual love songs on the record. I did try, soon upon moving to Berlin, to write this kind of dirty cabaret waltz, but my first attempts were terrible and I dropped the idea for another 7 years. Oddly, this particular song emerged from a failed attempt at making the ugliest industrial track I could. My hands are too chord-seeking, and my brain always craves song structure. I guess a trick for me is to attempt one thing, fail, and do something completely else.”

Check out the rest of the album’s brilliant cabaret sleaze and theatrical psychedelic pop–it’s a record where nothing appears so curious and everything can pass. Genius work.

Keep Up With Anton Barbeau