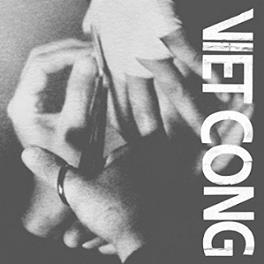 Our Track of The Day comes from the very talented and energetic Viet Cong out of Calgary. The vocalist/bassist and drummer were members of the group Women until the guitarist died tragically of a heart ailment.

This Canadian outfit has been on heavy rotation for me for the last several months.

Their lo-fi, post-punk retro sound is unforgiving and raw. I really can’t get enough of this band.

Their self-titled album is being released on Jagjaguwar in the U.S. on January 20th.

You need to check out their new single “Continental Shelf” right now.