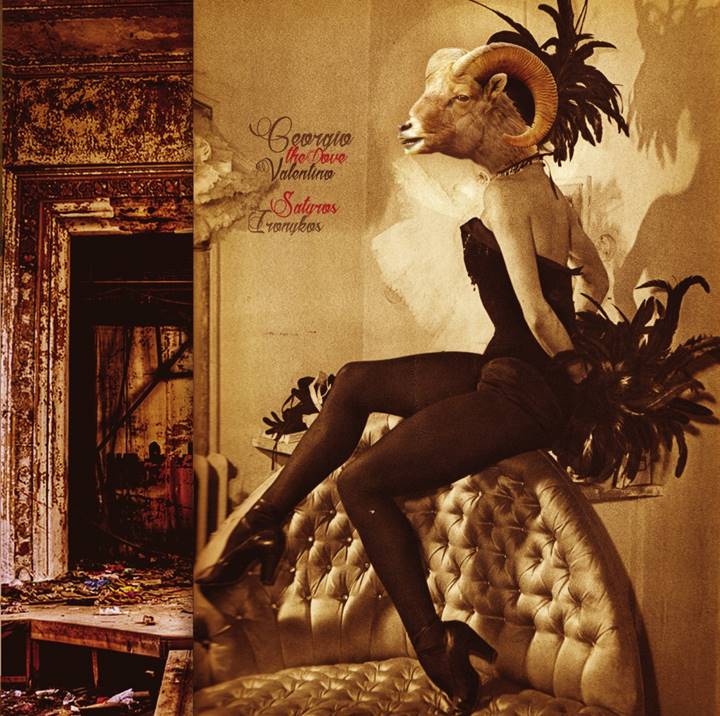 SEM is proud and delighted to feature the new single from Belgium-based ex-pat singer-songwriter Georgio (The Dove) Valentino, his first new material since 2014’s insatiable 2LP sprawl of an album Mille Plateaux. Like a torch lounge misterioso suspended in the looming, thick dark clouds of a latent post-punk sky, Valentino, accompanied with a sort of louche austerity by co-writer David McClymont, his legendary Orange Juice legacy here saturated by smoky grey textures, Mick Harvey, who’s walked and skulked these lush barrens many times before, be it as a Bad Seed, a Birthday Party-er or prowling about in the company of Crime & the City Solution, deep blue Moodist Dave Graney with his Coral Snake cohort Clare Moore, and, as ever, Valentino’s forever collaborator Patrizia F., presents a gorgeous enigma wrapped in a swirling spell of its own mystique, veiled of purpose but absolutely certain in its sonic approximation of the mesmerizing stare. See what you think, but listening to “Satyros Ironykos,” we kind of get the feeling we’re pretty sure we’d get if Barry Adamson drew up a devil’s contract with Nick Cave’s slightly darker cousin. Don’t think we’ve ever felt such alluring chills.

[“Satyros Ironykos” available as a 7″ single in October. For more information, go to http://georgiothedovevalentino.com/]