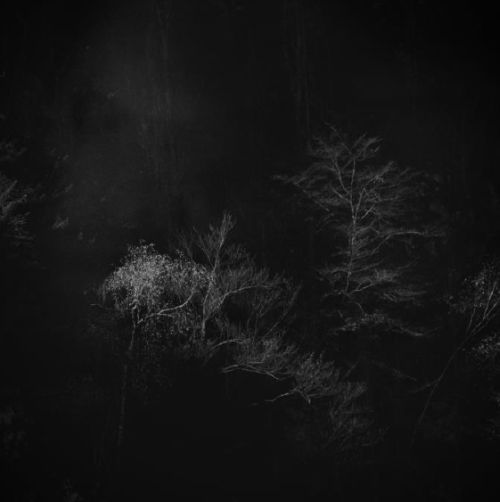 Donat is currently in the middle of a sonically atmospheric and turbulent, and conceptually epic, run of records under the Vlimmer moniker. It all started in November of 2015 when the Berlin-based musician kicked off the journey with a narrative about a young man attempting to travel back in time to find out about his origins and see what made him into the person he is today.

Donat is on the 15th section of 18 total records that encompass this Odysseus-like voyage of the mind. The upcoming XIIIII EP will arrive on November 28th via Blackjack Illuminist Records. On this outing our protagonist is at the end of his rope psychologically, with feelings of despair overwhelming him.

Stereo Embers is psyched to host the premiere of the EP-ending track “Umnachtung,” which moves the storyline/emotions along, to be continued on the next EP. The post-punk-steeped song reverberates with slowly winding guitars, faster-paced bass line drive, glistening and twisting electronic notes, light and quickly shaken percussion, a sharply clacking beat, and a brooding Donat’s dark, anxious vocal tone.

Donat reveals some details about the song, relating, ““Umnachtung” is something like “mental derangement” in English. The song is about trying to find a way to get along in life. The protagonist misses a direction in life; a guideline. They have the impression that most people in our society have a plan for their career and basically for everything in life. It feels like walking through a dark park at night; the darkness kills anything bright, [and] the protagonist asks, “Where am I”?”

“All five songs on XIIIII are based on the 15th chapter of a book I wrote which is called Jagmoor Cynewulf (unfortunately only available in German at https://blackjackilluministrecords.bandcamp.com/album/jagmoor-cynewulf-ber-die-un-berwindbarkeit-des-schwebens. The main character is going on a long journey which even includes traveling back in time to find out why he is what he is. He hopes to find answers by visiting his parents before he was born. This totally overwhelms him. When his mother opens the door, he sees through her pregnant belly into his own eyes and cannot say a single word. He flees back into present times and feels more lost than before.”

Find out more about Vlimmer: