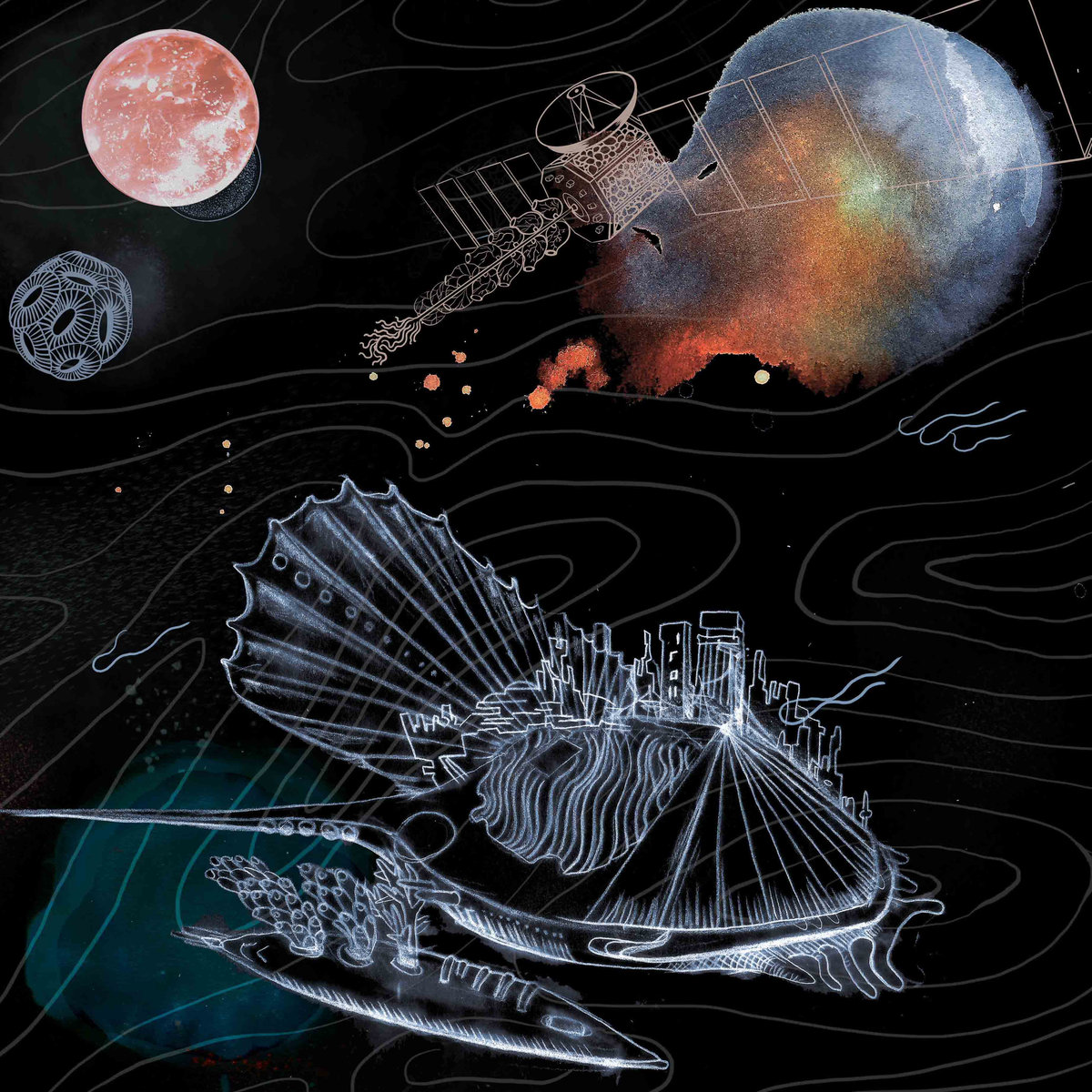 French experimental music collective Le Grand Sbam (meaning ‘The Great Sbam’ in English) consists of members from other outfits, including PoiL, PinioL, and Saint Sadrill. They will be releasing their new album, Vaisseau Monde, on December 6th via Dur et Doux.

The professional musicians of Le Grand Sbam are all about exploring the wonders of music creation, doing research and experimenting on sound. They are also champions performing music in the live setting and their compositions radiate rich stylistic diversity and instrumental/vocal intricacy.

On each track of Vaisseau Monde (i.e., ‘Vessel World’ in English) Mamcochon and Princess Goyaya keep the ensemble afloat with their powerful vocals. They are buoyed by the famous percussionist Acchiourdiou, potent drummer El Glouton who is speedy and mighty on the drumkit, master of the heavy bass tone, Herr Bassone, and l’Arbitre, an electronic artist and pianist who pulls together all the separate instrumental threads of the act.

Stereo Embers is delighted to host the premiere of the wildly exciting track “Dins o Sbam”, which comes of off Vaisseau Monde. Spinning in its own enjoyably bizarre orbit, the rock opera/art-collage song bursts out with off-kilter, antic percussion, dashing piano notes, a smashed drum beat, and breathlessly expressed operatic singing.

The ear-catchingly frantic and scattered whirlwind called “Dins o Sbam” impresses as all its sharp, angular, and vibrant out-of-control (but actually are expertly guided) fragments collide into a kaleidoscopic whole. As the number progresses, a menacing bass line grind takes over and is shot through with zippy-quick laser-like blips.

Near song’s end, a tip of the hat to Queen’s “Bohemian Rhapsody” arises, but is so fleeting, it seems like it didn’t happen (!). “Dins o Sbam” may be about taking a jarring and careening taxi ride through the night streets of Paris (but probably – hopefully – not!), or perhaps into the unknown vistas of outer space.

Vaisseau Monde is available for pre-order in CD, LP, and digital formats:

Find out more about Sbam