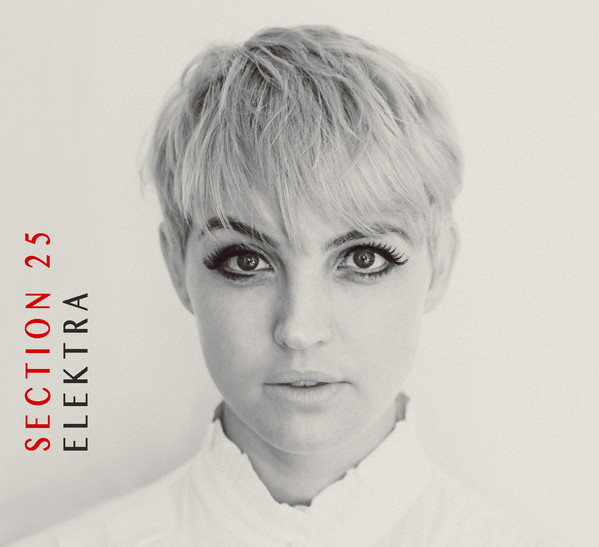 Factory Records made stars out of quite a few bands: Joy Division, New Order and Happy Mondays to name a few. But there was, of course, so much more to the label than just those few bands. One of the most enduring are, as Factory founder Tony Wilson so eloquently called them, “those clever bastards from Blackpool”, Section 25. Formed in 1978 by brother Larry and Vini Cassidy, they released four albums and a string of singles for Factory between 1980 and 1986. Their most successful outing was the 1984 album From the Hip which spawned their mega-hit “Looking From A Hilltop”. They went on an extended hiatus for a while and returned in 2007 with their fifth album Part-Primitiv on the LTM label in the U.K. and did some extensive touring behind it. Larry’s daughter, Bethany, did some vocal and keyboard work on their sixth album Nature + Degree in 2009, keeping the band fresh and predominantly a family unit. Sadly – and very prematurely – Larry passed away in 2010 while working on the seventh LP that would become Retrofit.

The band has continued on and remain as powerful as ever. Vin still plays drums and Bethany has taken over vocal duties full time along with some keyboard. Vin’s other niece Jo has joined in recent years to provide bass, keyboard and vocals as well. They are all joined by multi-instrumentalist Steve Stringer who rounds out the current line-up.

With 2018 coming to a close, I reflected back on some of my favourite releases of the year and their latest offering, Elektra, was one of the first to come to mind. I recently contacted Vin and Bethany to ask them some questions about that album and what’s ahead for them…

Stereo Embers Magazine: Thank you for taking some time out to answer a few questions for us! What is the significance behind the album title, Elektra?

Vin Cassidy: I originally planned a double album with an acoustic/band set of songs on one disc and a far more electronic (digital) set/version of the same songs on the 2nd disc but in the end finances/label would not allow for it. Elektra was my planned name of the electronic disc. Beth liked that name so much she wanted to use it anyway. I picked the name in the first place because it represented something powerful to me from when I was a child.

SEM:  The album has a more organic feel than your last album, Dark Light. Was that intentional?

Bethany Cassidy: We wanted to work in a way that was fluid and more “alive” than in the previous record. I think we talked more and shared ideas on a continuous basis.

VC: I wanted us to go into the studio, set up and record the song in one take, just like the old analogue days. Capture the moment and excitement of us turning it out there and then.

SEM: Five years passed between albums. Did it take a long time to write or did life just get in the way?

BC: Jesus Christ, has it been five years?!

VC: Yes, it took a while to write and getting it right. Getting a label on board was not easy either. Time wise, I think we have given a good account of ourselves. We have written a fair bit of new material since our reform in 2006.

SEM: Michael Cassidy plays bass on the album. Is he a full time member now?

VC: I am very, very grateful for Mikes collaboration. He did a great job for us in the studio and live.

SEM: You’ve covered the Kanye West track ‘FML’. Have you heard whether he likes it or not? What was your reaction to his sampling of your song ‘Hit’ from your 1981 debut Always Now for his original version?

VC: I have no idea if he has heard or likes it. I don’t exactly think we are on his radar somehow. I thought we could do our own revised version and treat the original sample with respect so my dead brother did not sound like a chipmunk. Just wanted to do it for my him really. My first reaction to Kanye or “Ye”  sampling the track was the same as my reaction to much of what he does…disbelief really….still is.

SEM: It seems that you do a lot of releases around Record Store Day (the Reflection 7 inch, Mirror 7 inch, Alfresco live album). Any particular reason for that?

VC: Its not planned from my point of view. These decisions are taken by the label involved. Its very difficult for them to try to sell product these days when so much is available for free, so it’s understandable they want to move into vinyl and try to make something special that cannot just be downloaded.

SEM: Peter Hook once said that Section 25 were one of the only FAC bands to make money. True statement?

VC: Yes that is true. He heard that from Tony the same way I did. We have never sold large amounts but they do continue to sell over time. We also have never wasted money, so I guess the sums just added up for them.

SEM: Paul Wiggin, the bands guitarist for the early FAC years, plays on the album. What does it mean to you that he returned? What tracks does he feature on?

VC: For me Paul coming into the studio was like a wheel turning full circle. We both felt very positive about it and I loved what he did on FML, Creatures and Floating Sun. He played to the bass and drums in the same way he always did. Paul is a one-off when it comes to his guitar.

SEM: Are you still in contact with any Factory Records alumni?

VC: Yes a few of them. It would be nice to arrange a big re-union.

SEM: Bethany, what was it like around the time of the album “Nature and Degree” when you found yourself in a band with your Dad and uncle?

BC: I fumbled my way through the studio time, completely busking it, and quickly learning how it all worked. It was surreal, but also a lovely thing, and I felt privileged.

SEM:  As the main vocalist Beth, do the lyric writing duties fall to you or is that collaborative as well?

BC: The lyrics on Elektra have all come from me. Previously it was more of a joint effort, so I’d write a few lines and then we’d work on bulking it out as a band. This worked well, but when I went back to writing lyrics and collecting my thoughts for the new album, I found that there was a lot to comment on, and I wrote 10 sets of lyrics.

SEM: Are there any live dates coming up to support the album? Any chance we could see SXXV come back across the pond to America?

BC: We’d love to. Motherhood is full on, but I do miss playing live, so we’ll definitely play out as soon as we can!

VC: I would love to come back to the States again. The last time was 2009 and we played L.A. and San Francisco. If we get asked I am coming over!

SEM: What’s next for the band? Is there anything else coming that you would like to let people know?

VC: There is a massive 3 disc vinyl re-release box set of our first album Always Now being planned for next year. This covers all of our early years as a 3 piece. For me personally, I plan to start doing some live shows next year, when Beth and I are ready. I would like to present things a little differently on stage this time. I want to mix things up and change things around. It’s what keeps it interesting for me.