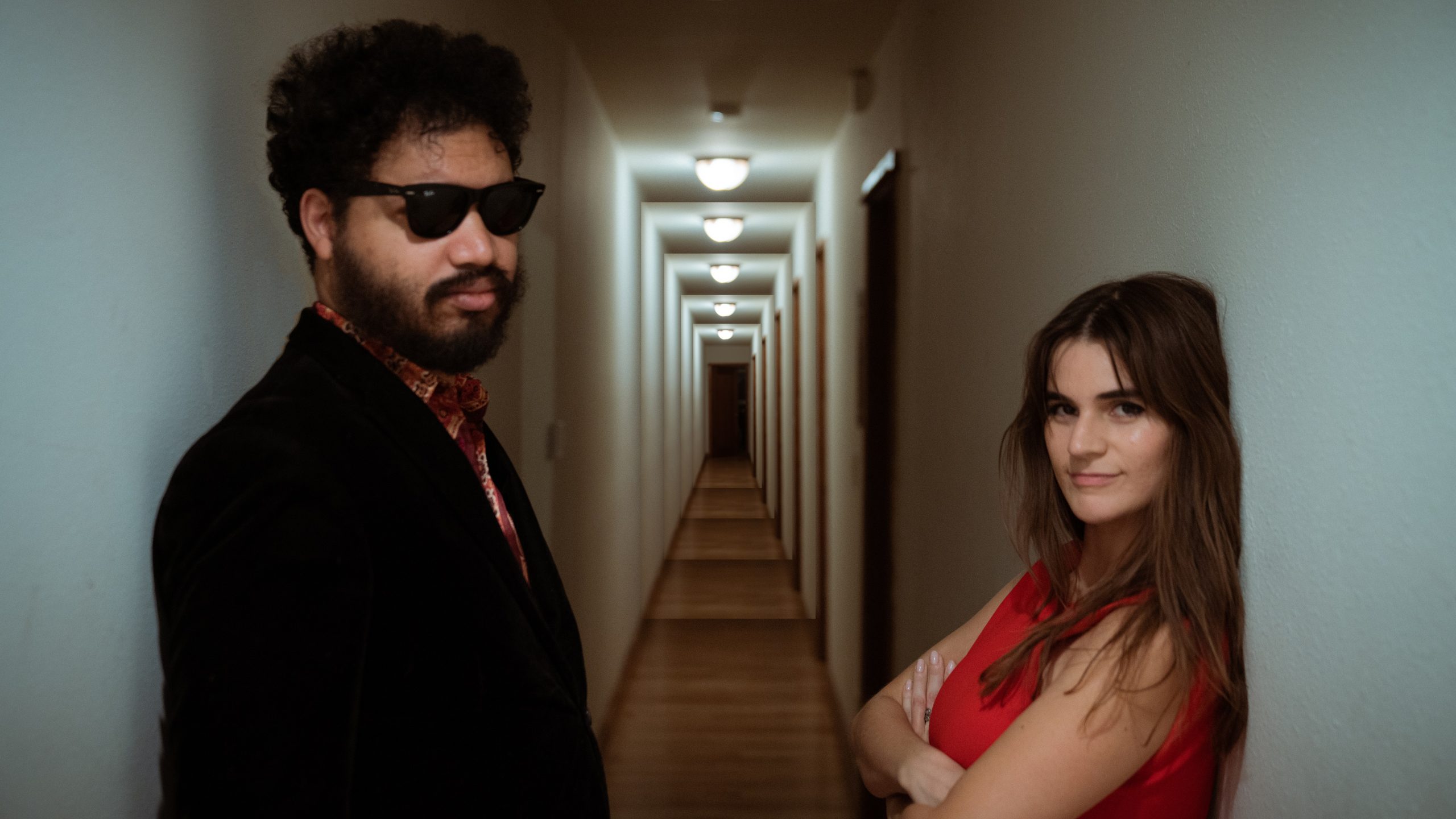 In these days when the terrifying has become everyday, the unthinkable banal, the delight in being led to a sound as bewitching and calming and jolting and beautiful like what’s offered here by Purple Witch of Culver’s new single “We the Sun” is tantamount to revelation. Cast in an elusive light that’s so bright and hazy it’s impossible to know if it was made by the soft fall of early summer sunshine or a jagged bolt of Thor-thrown lightning, “We the Sun” lures with a sharply-edged escapism that couldn’t more exactingly nail that national emotion that dwells inside each and every one of our quarantined hearts with restless resignation, the question ‘Are we dreaming of desire or desiring dreams?’ asking itself in constant echo and repeat. While it would be a nice balm for one’s spirit to believe that this sound just emerged organically out of a universal musical soil nurtured by generations of  gardeners with names like Harmonia, Oldfield, Van der Graaf Generator and Portishead, the truth is a little less mystical – if just as rewarding – when one considers the source(s).

Saxophonist / singer Sarah Safaie was raised in a household where bebop and the sacred jazz texts behind it were the most common noises riffling through the air. This informed the young but restless Safaie until she encountered the somewhat more shamanistic enclave known as the ‘Parliament – Funkadelic’ family, entrancing her to the point that her jazz mates at the New School for  Jazz in New York City where she’d moved straight out of high school took to calling her ‘the funky child.’ Curiosity thus seeded, groundwork laid, Safaie’s evolution as an artist was further developed by venturing out to her new city’s thriving experimental noise and warehouse art skronk scenes. With a musical stew of that magnitude swirling inside her it’s little surprise that her receptors were even more lit up when she walked into the St Marks Church Poetry Project in the East Village, the voices of Eileen Myles, Alice Notley and Bernadette Mayer especially helping shape the young artist’s budding consciousness. Like the final piece in a complex multi-dimensional puzzle, the Sarah Safaie that would move to LA in early 2020 – yeah, think on that timing for a second – could not have been better primed to bump into Evan Taylor almost the moment she touched down.

While Taylor’s résumé of credits and collabs (Jimmy Destri, Jerry Harrison, Money Mark and Warpaint’s Theresa Wayman) would of course be enough to ensure Safaie or anyone else of the guy’s talent and scope, it was, no surprise, his work with Bernie Worrell from the P-Funk constellation that couldn’t help but turn Safaie’s head the hardest and set the table for these two working together (Taylor is also, handily, the founder of Loantaka Records on which their work appears). Committed to all analog recording, the two seem to work in a mystic tandem, each complementing/offsetting the other’s sonic instincts in bursts of exuberant subtlety, the result simultaneously layering dark on light, complexity atop a laid-back soul vibe, seducing with its groove while surprising with its effortless avant-pop structure. Add to the mix the toying with frequency and, especially, Safaie’s chthonic, intimately impressionistic lyrics and you truly find yourself standing at a startling new gate, where any listener passing through will encounter at least one moment – likely many – that will inspire a silently reverential ‘Wow‘ (for this writer it’s when Sarah’s wordless background vocal  shifts skyward mid-song as if a found bit of windblown tape had been discovered from Clare Torry’s renowned contribution to “The Great Gig in the Sky”).

The third single to be released thus far, the pair’s plan is to continue dropping individual tracks until enough are accumulated for a full-length to be released on Loantaka, a prospect right there that helps ensure 2021’s status as a year of much-needed, joyous-if-still-complicated healing. [feature pic: Meriel O’Connor]