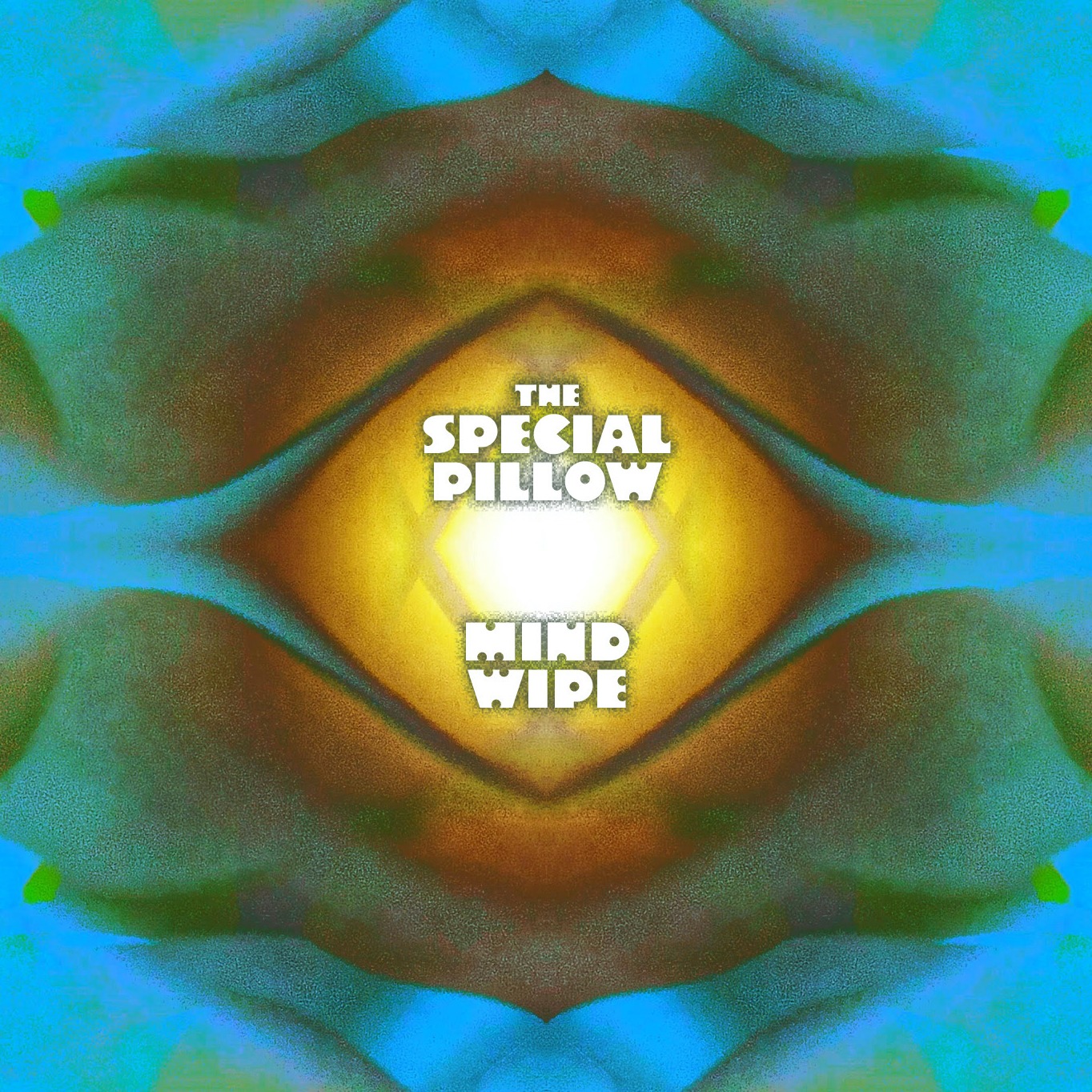 One of the more enviable liabilities of this writing gig is discovering bands and artists you’ve not encountered before – often new to the scene but not too rarely well-established but somehow missed by yours truly (we’ve all got copious blind spots, there’s no escaping it) – and falling sufficiently in love with them that they end up sticking to you as if with some kind of (in my case) fanboy super glue and, next thing you know, five years or so down that promo-littered road your musical body weight is, well, off the scale. It’s as if you’ve adopted a horde of orphans and now your family could fill Shea Stadium. For me, an early-ish addition was The Special Pillow, the project helmed by ex-Hypnolovewheel bass player Dan Cuddy that set out its side-project shingle in 1995 but didn’t reach my ears until Sleeping Weird landed on my digital desk in 2018, resulting in a review in the now-defunct “Lightning Strikes” column. As that piece not only tells you most of what you need to know about this truly delightful ensemble (or anyway enough to trigger your intrigue), and as the personnel remains the same, I’m going to take the slightly-lazy-but-overall-practical route and suggest you hit that link. Failing that (we’re all crazy busy so I get it), here’s the final line from that to give you an idea and then we’ll let the new record Mind Wipe (released this Friday, August 12th on Happy Happy Birthday to Me Records) and its primary author take over the controls and, quite literally, speak for themselves :

“Melismatic, fearless of intent and blessed with an off-hand pop experimentalism somewhere between Mercury Rev and Matthew Sweet, the darkened effervescence locked inside these songs has, shall we say, a certain allure. Let yourself be swayed.”

This song was inspired by a fresh trawl through the tiny, treasured Young Marble Giants discography, spurred on by the Colossal Youth treatise by Michael Blair and Joe Bucciero (part of the 33 1/3 series of books). Further enflamed by online video concert evidence unimaginable back in the proverbial day, I attempted to cop some of the signature YMG flourishes in a demo homage to their tense and enduring quietude.

The quietude in this case was not enduring at all, and in the hands of my esteemed Special Pillow colleagues, Katie Gentile, Peter Stuart, and Eric Marc Cohen, the tune moved far away from Young Marble Giants and became a receptacle for a year’s worth of surplus nervous pandemic energy. A tad skronky? This was the first track that we recorded at Deep Dive, a new studio that Mitch Rackin, our longtime engineer, opened last year in Brooklyn.

In DC Comics lore, the Red Lanterns are a squadron of space warriors analogous to the Green Lantern Corps, fueled by rage and featuring a cat who vomits blood among its membership. No thank you. This has nothing to do with that, nor with Zhang Yimou’s magisterial 1991 film Raise the Red Lantern. Although both of those concepts have been floating in the cultural ether for long enough that something may have seeped into this vessel.

This jaunty little number is a jangling pop ode to the bliss and nothingness of achieving smooth-brain status. I thought an appropriate amount about the ridiculous rhetorical realm of the Ramones while working on the lyrics. I don’t think my brain got that smooth, but I have it on good authority that there are a few “Soft Boys chords” in there. The Soft Boys are never too far from my mind, and hopefully they haven’t been swept out with the rest of the mind erasure.

Are children still advised to “stop, drop. and roll” if their clothing catches on fire? There’s a Wikipedia page about it, so I will say yes. Although I don’t believe there is one for The Special Pillow, and thus the credibility of Wikipedia may be in doubt. I have a memory of Dick Van Dyke demonstrating the technique in a public service announcement. You can look that up for yourself.

The critic Douglas Wolk once described The Special Pillow in the pages of the Village Voice as “garage-pop for staring at the floor of your garage.” (I’m paraphrasing because I’m too relaxed to look it up.) This track (a favorite among the band) is a sprawling and spacey epic for staring at the ceiling. (Is it infested with bees? Is that honey dripping down from above?) Katie Gentile’s coruscating string parts will carve you a new third eye to help with the staring.

The moon guitar interlude at either end was a floating contender in our repertoire for many years before finally finding a good home. The moon guitar, a Chinese lute, was acquired by our great friend Rob Weisberg of WFMU’s Transpacific Sound Paradise and has been on a long-term loan for a very long term. There is still a well-worn remnant of a Pan Am luggage tag attached to the handle of the case.

Captcha-ed tracks? This song grapples with the modern problem of second-guessing what a crosswalk looks like to artificial intelligence. Our organic brains were thinking about Michael Nesmith and Arthur Lee while working on it. Nez was still here her when we started but gone now. Arthur has been gone for a while, but never too far. How long will we wait for the holograms?

The stalwart horn section of Steve Levi and Cheryl Kingan from The Scene Is Now came through as usual to take it up a digit or two. It has been a real pleasure to work with those intrepid brass masters on the past few Special Pillow records, and we can advise you to get onboard when you see they are involved with a musical project.

A humble instrumental warm-up that grew to epic, cinematic scale, with Ray Conniff–style “dooby-doos,” pseudo-Gregorian chorale, electric sitar, “Telstar” keyboard, and layers of exotica including a field recording of a fight among flamingos at the Bronx Zoo.

The horn players from the previous number reappear and the great Robbie Lee swoops in from left field to add gemshorn, zither, and plenty of serious vibes. You probably already have an eye out for any record with Robbie’s name on it, so I won’t even bother to cajole you on that front.

Robbie Lee returns in a big way on this one, with some hypnotic wind synth and frankly extraterrestrial bass melodica tones. Total heavioisity is courted. Echoplex and Mu-Tron abound. Do you own any black-light posters or fiber-optic desk sculptures? Are you familiar with Sapphire & Steel?

The lyrics probe some of the tropes and stagecraft conventions of classical Greek tragedy. The songs from this record were written and rehearsed pre-pandemic and mostly recorded in the summer of 2021. We were ready to go in March 2020, and you know . . . A familiar tale. But what effect did the lengthy pause have on the outcome? These past few years have been more than a little heavy, tragedy-wise. Are we inured to it all at this point? Fill in your blanks and let us know. Keep love and hope alive in the interim!