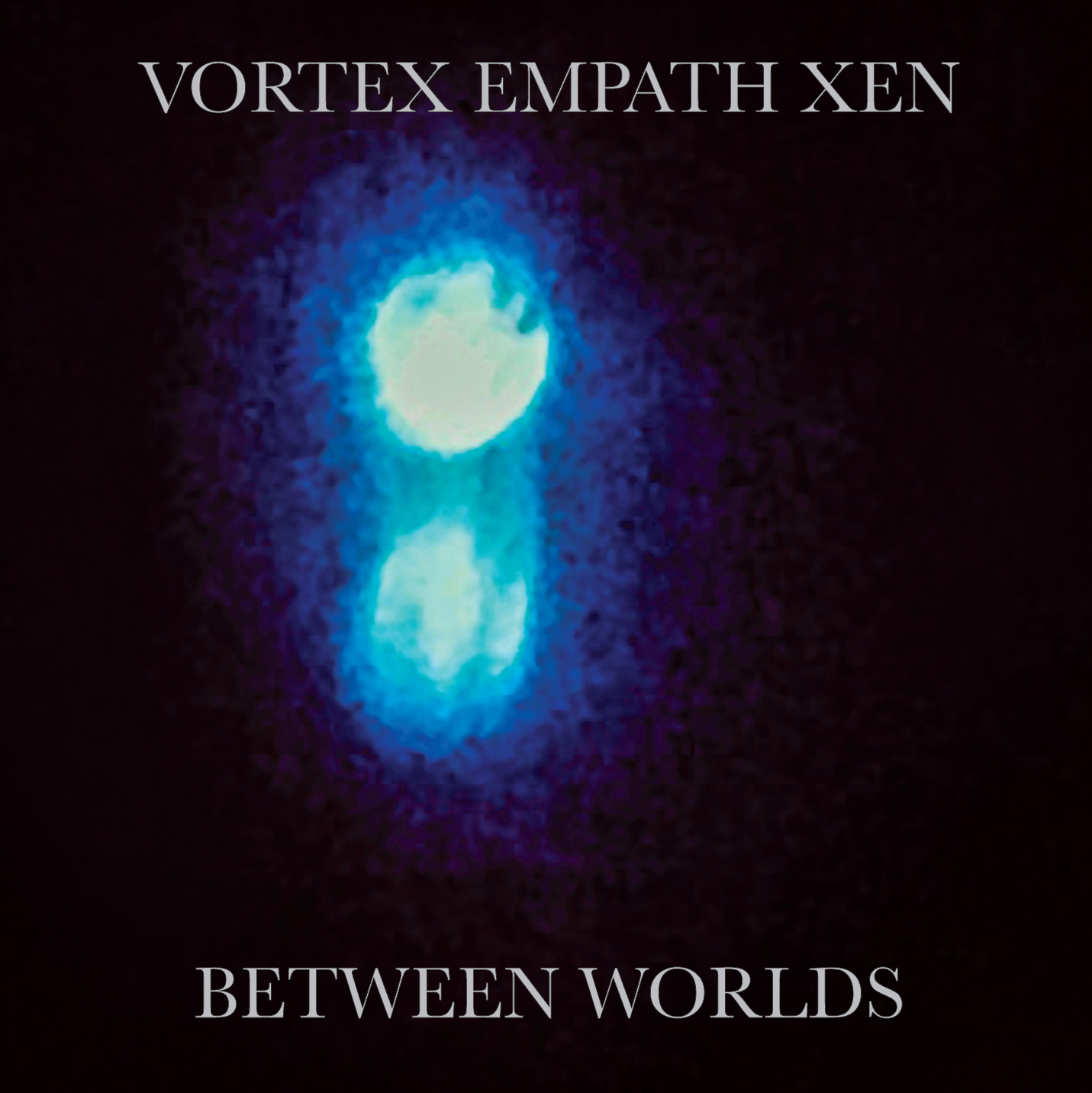 Now, it would seem that there are only two modes of response available to us in this crucible moment: either wallow – and become saturated in – the drama of the crisis, or dedicate yourself to that most ancient ritual, escapism. Intriguingly, V.E.X. (which stands primarily for Vortex Empath Xen but will also answer, depending on the tilt of the sky, to Voltage Empath Xanaxax or Ventriloquist Ectoplasmold Xanaxax), on new EP Between Worlds, seem to have discovered a brilliant alternative to that twisted dichotomy, the two of them – Lu and Roxy from the legendary Bay Area band Moira Scar – welding that rather sad pair into a fierce, singular force, a third aesthetic rail, if you will. The results are their own brand of electrifying.

They’re also idiosyncratic, obliquely confrontational, unstinting, and wholly satisfying beyond the quality of the songs themselves due the streak of uncompromise that burns inside them. Those songs, meanwhile, are fearless exercises in densely synth-drenched nightmare pop, each of them pretty much packed to the brim with a fresh dark charm. While recorded well before the word ‘coronavirus’ took over just about every thought it’s possible to have, Between Worlds nonetheless has the feel of articulating that weird consuming sense of fascination and dislocation, of routine disbelief and abstract horror that’s taken hold of us, as if those that made it were somehow anticipating…something. To the uninitiated this may present as a mystery but in truth there’s nothing all that inexplicable about it when one considers that the vast majority of those artists drawn toward the fabled ‘dark side’ are already primed to confront humanity’s failings and vulnerabilities. There is, in other words, nothing eerily predictive about this band or this EP. When you’ve been wandering such spiritually shadowy hallways as long as these two have you learn a thing or two about crafting strangely-shaped keys that can be used to unlock those ill-lit doors that surround you. V.E.X., it must be said, may well wield these intuitive skills as well as anyone.

While in the case of most ‘dark etc wave’ bands those particular doors of perception most often open to rooms full of the moody and the brooding, the atmosphere on Between Worlds, while certainly not cheery, is less dour than might be expected. “Crime of Existence” that introduces the EP lays a vocal melody that suggests romantic vampiric soul music over a nervous undercurrent of a subtle double-timed adrenaline beat. The prophetic “Dancing at the End of Time,” following, doubles down on that double time, its programmed rhythm racing in panic and fear even as the vocal glides over it with something close to a Peter Murphy calm. It’s those peristaltic drum patterns, edged in dread, that give this project its signature energy – on “Exile” it gives off a Poe-like underground vibe, slightly feral; on “Demon Dimension” the panicky unease of midnight chaos at a Berlin club, while on “Snake 1” it’s damn near in Squarepusher territory – even as the overall mood is not so much frantic as it is a sort of darkly life-affirming, almost hopeful.

That said, it should also be said that hope is not necessarily the premise undergirding the material here but rather is found in the very premise of creating art in the first place, a foundational tenet of Moira Scar et al since its earliest days. Hope as fundament, not as the target of the act itself. For it to be the latter case would have to be viewed, in this historic, profoundly unsettling pandemic moment, to be an act of folly. V.E.X., if anything, does not traffic in folly.

Nothing and no one can escape the context now. Now, fear and tension and anxiety are the context. Like some innately prescient text, Between Worlds seems to understand this, speaks to it shaman-like. Surrounded by silent, unwitting vectors and narcissistic despots, we need whatever medicine in whatever form. The eight tracks on this EP provide both a sonic armor and a bracingly curative shot to the heart. It’s kind of brave that way, even as it’s scared. [support V.E.X. by buying Between Worlds here.