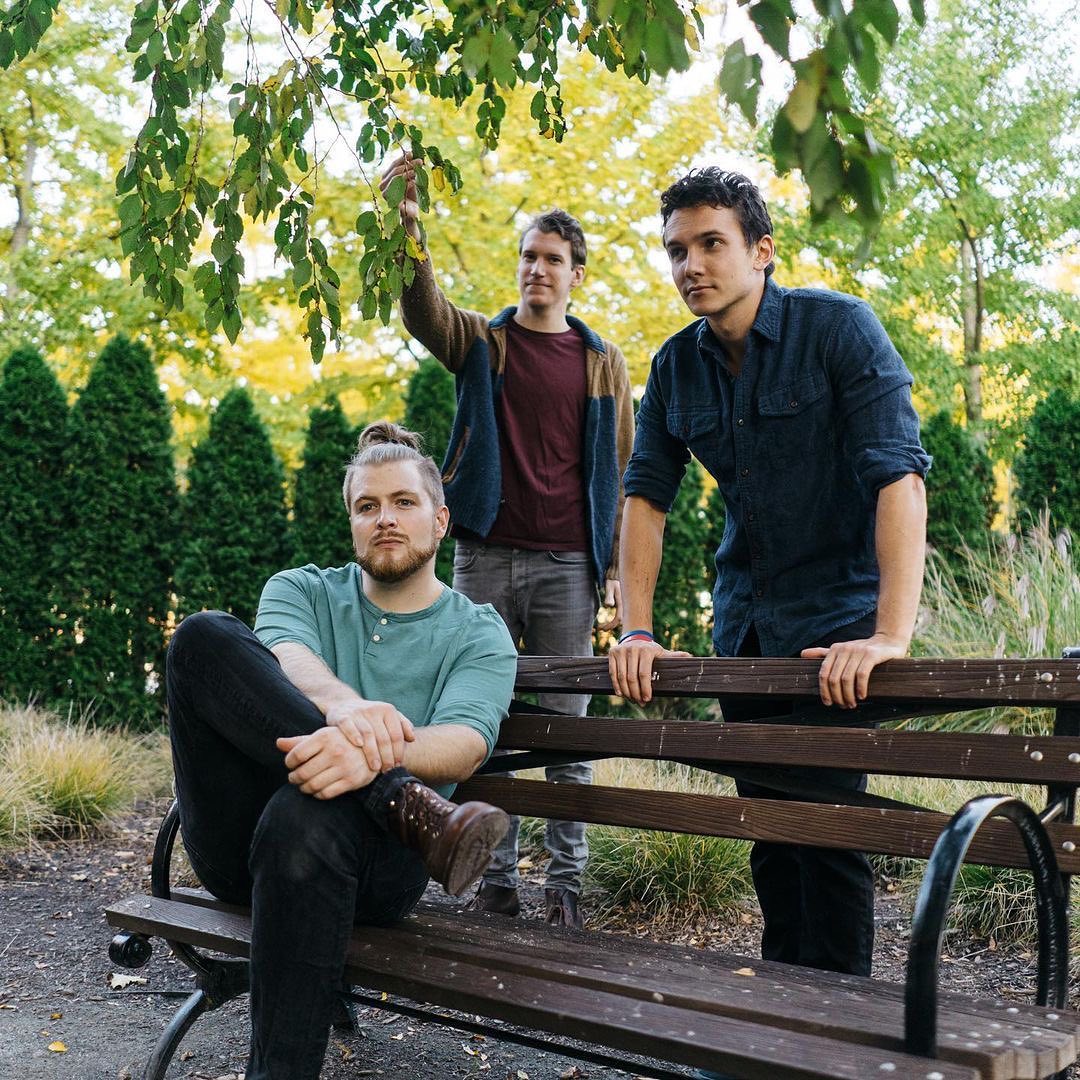 New Jersey residents Brian Curry, Jeff Petescia and Steve Shimchick, dba Cold Weather Company, traffic in a style of classic American harmonizing that positions them along a spectrum running from the Righteous Brothers through the Byrds, the (vastly underrated) Association and all the way to the backwoods cabin magic-making of Justin Vernon as Bon Iver on For Emma, Forever Ago, which we fully realize was a multi-tracked solo effort but nonetheless belongs in that class as well as any. It’s also a relevant marker for the work that the CWC trio have been offering since 2014’s debut album Somewhere New, sharing as it does a similarly resonant and rich – and richly natural – emotionalism that can raise the hair on your arms while eliciting shivers of recognition in your heart. Soon to celebrate the arrival of their fourth – and first label-issued – album Coalescence (dropping October 8th via Deko Music), we’re thrilled to be presenting the album’s third and final pre-release single that just happens to double as the new album’s title track, following on the heels of the lavishly received “Golden Hour” and “Movement.” From the autumnal piano with which it opens to a horn arrangement worthy of Van Dyke Parks to the innately lush arrangement to the (self-) production that flows like an unassuming triumph of sound and nuance (and, of course, harmony), this is masterful craft on display here that, while resoundingly lovely on all it’s formidable merits, counts not as an exception but rather the rule with these guys. There’s more to tell about Cold Weather Company, not least their community-building work via their Cold Weather Collective, but instead of us yammering on about it we thought it best, especially as the band were kind enough to answer a few questions we had sent over, to simply let them do the talking, Before the talking though, the listening. If this is your first exposure to CWC, well, welcome to one of your new faves. [feature photo: Carlos Perez]

Tell us about your three EP concept leading up to the LP release.

Given that Cold Weather Company is the combination of three singer-songwriters, it’s always felt natural to use the number three in ways to complement that. We’ve released singles and full-length albums over the years, but this time around we thought we’d spread the 10 tracks across three EPs to give each song a bit more of a focus, and a natural place to reside within the album’s panorama artwork. On the left, we have a more natural landscape, on the right we have a man-made city with mountains far beyond, and in the center a bridge over an inlet leading to the ocean serving as the threshold between both sides. A scenic spectrum, if you will.

Why did you choose the title track “Coalescence” as the lead track to the third EP? Is there a special meaning to this song? inspiration behind the track? Why is the LP named “Coalescence” as well?

It seemed fitting to have the title track introduce the third and final part of the album, especially considering the track’s meaning. The song itself, “Coalescence”, tells the story of the band from beginning to present. While writing the song, we couldn’t help but relate our story to the fictional adventures of Don Quixote. Any artistic pursuit of passion, at times, can feel like a fruitless windmill chase. What matters most is that the pursuit doesn’t stop—that the labor of love grows over time. This idea of disparate pieces coming together to form something greater became the core concept for the album as a whole, leading to the first time we’ve confused ourselves a little by titling an album after one of its tracks.

What is next for Cold Weather Company? Tell us more about your ‘Trash Love’ campaign and how does it tie into your music. Will you be touring soon?

We’ll be celebrating the release of “Coalescence” on October 15th at The House of Independents in Asbury Park, and then we’ll head over in NYC at Mercury Lounge on October 19th. We haven’t played in these cities since before the pandemic, so we’re excited to get back out there and start building out an official tour as soon as possible. We’re also working on plenty more music, so we’ll have more to share over the coming months to follow up to this fourth full-length album.

Trash Love was something started by Steve in 2020 as a way to continue our Cold Weather Cleanup by encouraging listeners and new friends over on Reddit to find a way to help out in their communities worldwide, in this case via daily trash cleanups. It turned into something really incredible, with thousands of people supporting each other in livestreams and their own cleanups, while building a community during a time when that sense of connection was missed. We’re always looking at ways to continue community-based initiatives, especially with our Cold Weather Collective, which is our space for creators and artists of all kinds, so there will likely be more development in the future!