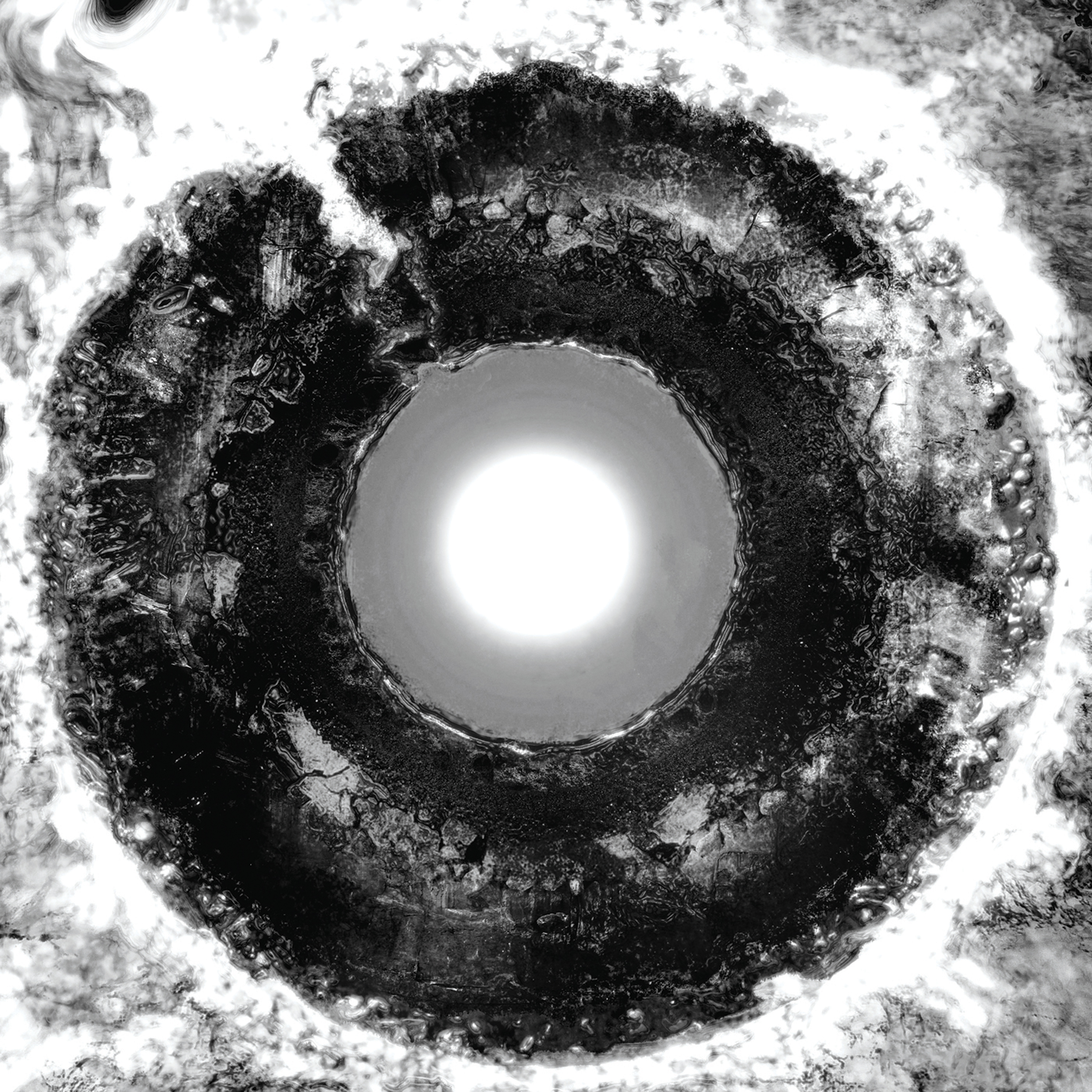 Look. We don’t know how else to say this. NO ONE ELSE COMPARES! Well, that’s one way, and it’s indeed correct beyond all question. Another way would be ‘Remember when you first heard Trout Mask Replica and you thought your brain was going to trickle out your ears and rather than being alarmed you were, like, “OF COURSE!,” as if having your most essential slime of being ooze out the nearest orifice was just, y’know, normal, to be expected under the circumstances? But wait, there must be other ways to encompass the enormity of this tiny yet immensely consequential event we’re confronting (known in plain language circles as ‘the release of the new Bastards of Fate album Suck the Light Out, released February 24 on HHBTM Records’). Let’s approach it this way, shall we? Consider that time you were asked what it felt like to orgasm while being stupidly, incomprehensibly high on LSD – which is to say as pointedly brilliant as you’ll ever be – to the point you didn’t even know what the point of coming was in the first place beyond expressing the innermost essence of being alive in a kind of white creamy syrupy state, and so you answered “Jackrabbits in space!” just to throw everyone off the scent. You didn’t mean any harm, you were simply trying to convey how immeasurably invigorating, beautiful, and elaborately sparse existence really was, and yet people screwed their straight faces up in expressions of sad, confused humanity and went home with a headache, resenting you every step of the way. Ah well, you still have Bastards of Fate to fall back on. Once again offering their very souls up to the vagaries of an unsure existence, and doing so with a nuanced panache that craftily combines absolute existential doubt with the aesthetics of a cake mix commercial, there is simply no one else in this whole vast world of music-making that we can more entrust our ultimate fates to. The more we listen to this third Bastards album the more we feel ourselves somehow indemnified to the awful rigors of our present political state. If art salves our conscience. no one quite brings the palliative if complicated existential goods as the Bastards of Fate. Check out their newest. It’s rad, it’s copacetic, it cures cancer in a way no other ‘rock’ album ever has. Dig it, in your deepest way. You know you want to.

(and hey, double dig it: look down below for a track-by-track breakdown of the entire record by the very real Bastards of Fate themselves. We here at SEM are nothing if not considerate of your every need)

“Freemasons”
A slow and rich swell of church bells kicks off this track, a harbinger of what is to follow. The mysteriously off and dissonant church bells of the 15th century Saint John The Baptist City Parish bell tower were sourced from a field recording while sleep-deprived on tour in Cardiff, Wales. The resonant pitches worn and out of tune bells gives way to a sub bass sweep and drop into a off-kilter call and response led by the drums. Thematically, Freemasons is rooted deep in the arcane, the apocryphal. It’s a desperate, searching through the nonsense rife with psychobabble. A tradition giving way to an awareness that while futile the search is our very nature.
“Portal to Hell”
Portal to Hell is  a vastly more intense affair, a blistering wash of guitars, drums, and synths. Shrieking voices on the verge of breaking under strain slicing through the cacophony before falling into a chorus far more akin to Tom Petty than Mayhem. A recurring theme throughout the entire album is found here, through the dark and bleak freedom is found. It’s a song about staring down your worst fears in the eye and screaming “bring it”. It’s a dialog on being human in an inhuman world
“Dark Matter”
Dark Matter pushes this theme even further and enters musical territory which is seldom explored outside the churches at the heart of America. It’s faith. It’s questioning and reaffirming. It falls well in line with Pynchon’s Proverbs for Paranoids “You may never get to touch the Master, but you can tickle his creatures” It’s a song about relationships both real and imagined. Musically, Dark matter is a raucous and anthemic affair which gives way in the end to an affirmation performed Sunday morning service style complete with hands raised and waving slightly as if to feel the creator. A realization from the Fred Roger’s school of though that you, yes you, are great and “There is no one else like you”
“Book of Lies”
Book of Lies changes direction. A rollicking wall of avant-rock complete with enough bleeps and glitches to make it almost industrial, but it is The Silver Bullet drums take this to the next realm. Like many of the lyrics, these are written from the perspective of a psychopath. It is self-survival after banging your head against the walls of an unfair world. Hurdling towards the top of the mountain with no regard for those walked over. It is survival without regard.
“Misanthropy”
In a continuation from narrator, Misanthropy, is about  the ups and downs and outs. This time musically set against a pushing island feel, complete with steel drums.  It is a stern rejection of the glad-handing and shilling of the modern world. An escapist’s daydream: A demented Walden in the modern era, Ted Kaczynski on an island, A cry from the powerless to punish the world just because you can.
“Girlfrien”
Girlfrien opens softly with a recurring motif on on the bass, before a spreading out the song like a warm blanket. An inviting place of comfort, a slow swaying tune hypnotically sucking you in, accented by a a digital delay on downbeat. On the surface, a broken love song but hiding a secret. It is a song about death, and the ever present march of time. It is a A dual view into mortality, into relationships. “One of these days They’re gonna get you”
“Caligula”
Caligula starts as a percussive, falling down stairs waltz. The musings of a kafka-esque psycho filtered through a David Lynch parody. Calling out by name the 1st century AD roman emperor known for his brutality,  “Cuz weak people really know how to lay it on / And weak people deserve to be preyed upon” It’s an admission of the pains we inflict up each other.
“Supercollider”
A wall of sound, a shout in the dark,  A radio hit (never to be played on the radio.) “Supercollider” shows the outsiders railing against the establishment. It’s the spirit of punk rock. It’s Seattle right before grunge broke. It is all of the desperation and rage just before it falls into a humorous funk gang vocals taken from an interesting night at a house show. Once just after loading out of a show the patrons shed their clothes, inhibitions and danced to the extended cut of Michael Jackson’s “Don’t stop ’till you get enough” on repeat for what seamed like an eternity. A Dionysian scene for sure.
“Unicorns in Love”
Unicorns keeps the party going, a fun song. Motown pushed through filter of fuzzed out guitars and punk rock. This song unlike many of the others on this record was created a bit differently. Constructed a piece at a time in Doug and Cam’s living room as a demo, and largely remained the unchanged as a ensemble. A fun self aware jaunt of avant-party music.
“Waste My Time”
Time slows down on “Waste,” rhythmically riding the edge just above dragging. On this piano ballad, Cam takes the lead. It’s sugar sweet pop tune heavy in emoting, and an exercise in quality moping. It’s a walk on the beach during the winter. It a soft and delicate creature in constantly violent shifting sea.
“Meat Star”
Meat Star closes “Suck the Light Out” on a massive high note. A rocker with all the pelvic thrust bravado. It’s cigarette smoke, fog machine, older bulb style par-can lights pouring off heat. It’s a bigger than life 30 foot high stage dripping sweat and 100% rock and roll.