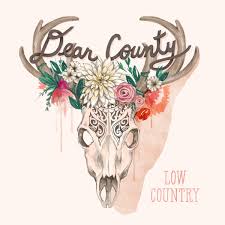 Just under a couple years ago SEM published a review of an album by the curiously named “Arrica Rose & the …’s” wherein, beyond extolling the ‘unassuming, eloquent’ mastery of the piece’s title, we were just about equally impressed with the record’s sequencing, a component of a record’s release that, metaphorically, is swiftly going the way of the 8-track. While a handful of artists still retain what might be considered by many an arcane knowledge – many of whom, as coincidence would have it, have appeared on our pages – far too many are simply interested in jamming as much overly-compressed, artificially loud, in-your-face noise into their tracks as they possibly can in an openly crass attempt to grab the listener’s attention. It can seem a dire situation if you think about it too much so we don’t around here, instead devoting the energies of our curiosity to those that still hold the ‘album’ as an artifact of the creative process, understanding that music should indeed be an invisible painting made of sound. Added to our appreciation of WAVEFUNCTION‘s presentation was, as mentioned, the innate strength found in a set of songs artfully detailing the logistics of the heart as the LA-based Ms Rose wrestled with the exigencies of a long-distance relationship with someone in the SF Bay Area. Well, that ‘someone,’ it’s now quite clear, was Mark W Lynn, ex of aggro-indie band Uranium 9 Volt and the muscular roots-leaning The Devil’s Own. The two had originally met in Huntington Beach when a teenaged Rose was still in her first band Uxby which was opening that night for barely-older Mark’s U9V. Brief as that meeting was, it nonetheless resonated strongly enough in both of their minds that when fate threw them together again a few years down the road at the Hotel Utah in San Francisco, the …’s sharing a stage with The Devil’s Own this time, that touchpaper spark was finally ignited in full and, well, you can guess the rest.

Now of course, in music as in life, compellingly romantic backstories, interesting as they may be, don’t necessarily translate into great art, but, based on WAVEFUNCTION alone, we had a pretty good feeling when we were offered the opportunity to stream the debut album from the couple’s new band Dear County. Called Low Country, the record cleverly invites the confusion inherent in those two C-words. Urban alt.country that straddles the (county?) line between a harrowing poignance and the simple dizzying ebullience of being young and in love, the overall result is a piece of work that lands somewhere in the meta-space in between, which makes it resoundingly inevitable, we suppose, that a honky-tonked version of “Everybody Knows This Is Nowhere” appears midstream, a take that somehow manages to appear at once faithfully-rendered while also skewing away, ever-so-sweetly, from Mr Young’s acidically poetic masterpiece. This then is Dear County’s secret ingredient, the basis of their not-inconsiderable charm. Listening to Low Country, one can feel embraced as if in the arms of a warm homecoming even as the thorns of life’s many scrapes draw blood. There’s bliss, and there’s pain, quite often in equal measure at the same time, a fact this album never shies away from and in fact really…rather…revels in. We wouldn’t want it any other way.