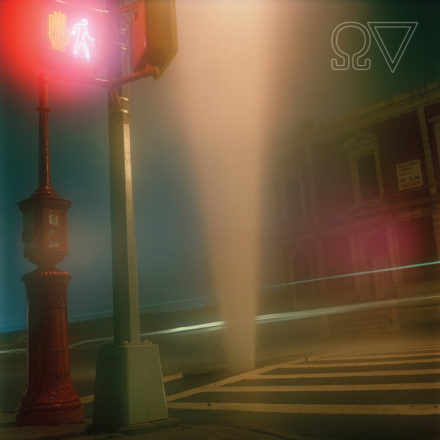 While spelled out in modern-day Latin/English lettering as ‘Ohmslice,’ the true name of this band is ‘Ω∇,’ a linguistic distinction that doesn’t really matter but does, and a designation that might seem unnecessarily daring but is instead daringly necessary. Ω∇, you see (and sorry, but we’re going to mostly go with ‘Ohmslice’ from here on because your correspondent is already tired of having to select from the special character drop-down), is the captivating, sometimes maddening but never uninteresting new project from Bradford Reed, he who brought an avant-adventurism to the notorious and brash outlandishness of the King Missile brand. And while that project couldn’t help but hew to some lingering degree to the assumed ‘commercial’ desires of the “Detachable Penis” demographic (check KM III’s 1998 album Failure for confirmation), with Ohmslice, Reed is free to pursue, via an absorbing base of modulated, synth-treated percussion, the further fringes of his imagination. The result, as aided and abetted by a crew of co-conspirators whose aesthetic sympathies seem to run to the deepest marrow of this project (poet and intrinsic Ω∇ member Jane LeCroy,  drummer Josh Matthews from Blue Man Group, Daniel Carter lending sax and trumpet as he has for Thurston Moore and Yo La Tengo, and Swans, Congo Norvell guitarist Bill Bronson), is something of a piece of New Millennial post-Beat Sufi-trance mysticism with a New York flavor so strong you can almost feel the sweat of a hot autumn day in Queens. Jazz smoky at times (“Gravity” would seem to have Don Cherry’s shadow hovering over every squelch and disembodied syllable), ghostly tribal at others (“Ancient Friendship” with its feel of a sub-Saharan walkabout), Conduit wanders amid the otherworldly land of spectral hosts and other unseeable hauntings with both aplomb and reverence. An eerie and essential work of art, it must be heard to be believed. [learn more here]