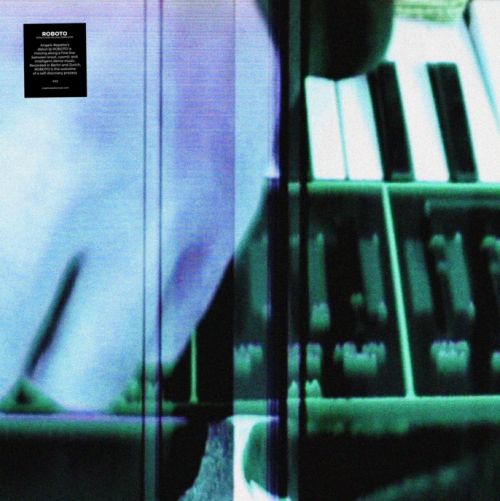 Swiss electronic musician and producer Angelo Repetto releases his new warm and humanistic electronica album Roboto today, which deals with his ambivalence with techno music, and Stereo Embers is deeply pleased to premiere the ironically non-robotic platter in full.

Repetto is no stranger to the music field, with his previous solo releases listed at Bandcamp and his current electro-pop outfit Wolfman with Katerina Stoykova gaining acclaim. Repetto is also the son of one of the founders of the darkwave act Grauzone.

The music that was engraved into this truly illustrious slice of vinyl is definitely rooted in a classic brand of electronica  – a bit of ‘80s, a bit of ‘90s and some Krautrock – which basically means that the emphasis here lies on the human touch, rather than what a digital algorithm can concoct. And this, by design, translates into some very tangible emotions, or what old-school musicians might even be tempted to call soul.

Repetto, however, isn’t focused on yesteryear; he clearly operates within a framework of new-school aesthetics. Even his stylistic quotations speak to a musical syntax of a younger generation of producers.

But he is a musician first and foremost, meaning that he writes proper songs, in contrast to many of his peers who might be able to craft some great, functional tunes with immaculate sound design, yet come short on melody, and definitely don’t really get the subtle art of arranging.

Repetto balances melody with dissonance and also pulls in influences from ambient, Balearic, acid, trance, psychedelic, and other (sub)genres – a melting pot of soundscapes from over the past few decades. So feast your ears on this rich electronica platter and get into its groove.

Find out more about Angelo Repetto: