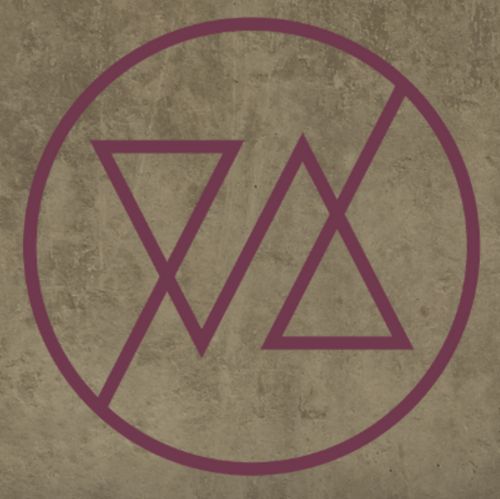 Denver-based alt-folk/Americana outfit Alright Alright is anchored by the songwriting team of Seth and China Kent, a married couple who merge their personal experiences, however indirectly, with their dreamy to direct, stylistically varied music.

Seth (vocals, acoustic guitar, electric guitar) and China (vocals, piano, keyboards, string arrangements) will be releasing their warm and engaging debut album, Nearby, on October 5th via Hooves and Sugar Record Co. Stereo Embers is extremely pleased to host the premiere of Nearby in its entirety.

Nearby follows up Alright Alright’s Faraway EP from 2016. It was meant to be a bookend EP to Faraway, but the compositions flowed from the pair and they soon found themselves with enough material for a full-length LP. The duo produced the record with Eric Dawson Tate, who also mixed it, and Alan Douches of West West Side Music mastered the tracks.

The cohesive, yet stylistically diverse album segues from its dreamy, bittersweet opener “Little Girls, Little Birds” and the instrumentally rich (piano, violin, mandolin, and banjo!) “Too Much”, to the blunt, yet emotionally poignant “Whisper Your Name”, captivating retro number “Gulf Coast Highway”, uplifting, strings-driven “Be Kind” (with the addition of an angelic children’s choir), and socially relevant “Luckiest Girl In America”.

And there’s so much more goodness to be found between these aforementioned songs, with each retaining its distinctive mood and meaning, yet still connected with one another. Nearby is an album with heart and soul, crafted with care, and highlighting the personal, yet universal, journey of Seth and China Kent through their lives while touching our own.

Here is what Seth and China have to say about their heartfelt debut album:

SETH: “When we set out to make this recording, our intent was to make two EPs that would be an album together; one called Faraway, which we released in 2016, and one called Nearby. In the midst of making Nearby, we found ourselves in a flurry of writing and creativity and suddenly realized that we had enough songs to make a full album.”

“The process, though, was not linear. We would track a song here and there as we could carve out time, rather than making the album all in one go. We worked everywhere, from our own studio built into a shipping container, to a studio at a local college as part of a students’ recording program, and everywhere in between. Some of the sessions were the absolute most fun I have ever had in a studio, and certainly the most fun I have had recording my own music.”

“It has been an honor and pleasure to work with everyone who contributed, but especially with Eric Dawson Tate of /O and Ben Wysocki of The Fray. From a children’s choir in a gothic-style chapel to working with marching band drums in a huge studio with China, Eric, and Ben, the result is something I am incredibly proud of. I hope it brings life and joy to our listeners as well.”

CHINA: “Nearby is a collection of up-close-and-personal songs that Seth and I wrote throughout the past decade.  It’s a bit of an autobiography, told in a very non-linear form. Trauma, abandonment, grief, resilience, broken friendships, patriotism, homelessness, and Jesus all enter our musical stage set in a thick layer of sonic Americana.”

“However, like vignettes in a production of short plays, each song is its own story, presented with its own musical backdrop. I love pushing boundaries in genres, and it was so fun to record each song individually, taking care to musically capture the essence of each song’s story, each song’s glory, regardless of genre constructs.”

“It’s amazing to me that they all fit so well together as a collection – from the intricately produced and honey-thick emotional cleanse of “Little Girls, Little Birds,” to the weighty yet stripped-down, subtle protest song “Luckiest Girl in America;” the old-time country crooning of “By the Bed,” to the big string section, tuned wine glasses, and children’s choir of “Be Kind.” We were kind of ambitious with our scope; we were going for broke.”
“This entire musical adventure is a roller coaster of the best sort for me, and experiencing it with my soul mate and our little family is the greatest thrill of all.  Terrifying at times, and exhilarating at others, this musician’s life keeps me young and engaged with the world around me in a way I couldn’t access otherwise.”

Find out more about Alright Alright