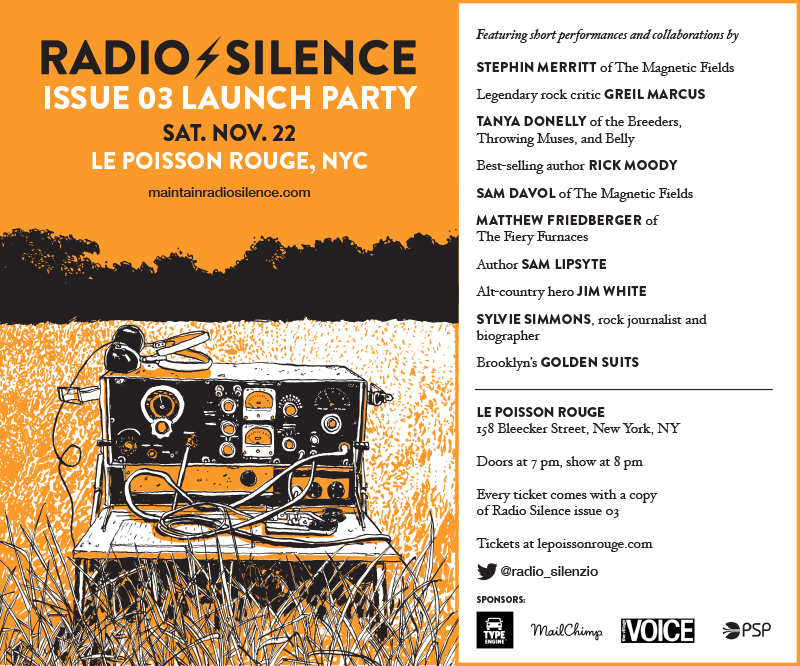 The highly anticipated third issue of the award-winning rock and roll magazine Radio Silence will get its own release party next month.

As for the issue itself, it’s 180 pages and features exclusive poetry, interviews and short fiction by over twenty musicians and authors.

The issue will feature a conversation between Daniel Handler and Carrie Brownstein, essays by Marcus and Moody, an interview with Ian MacKaye and a new poem by the Pulitzer Prize-winning Paul Muldoon.