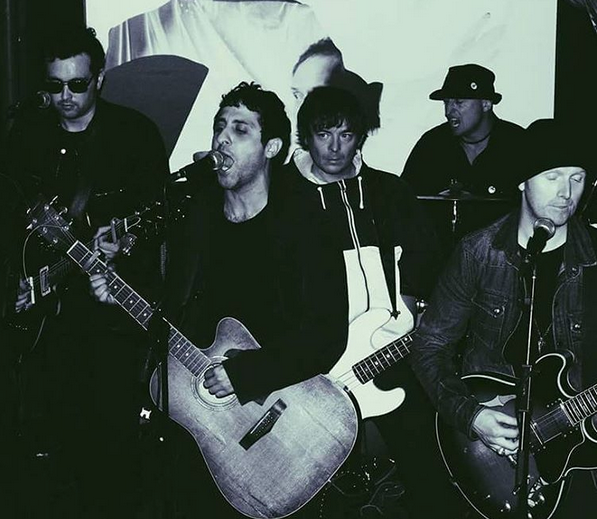 Last week something musically momentous happened in the distant midst of Moscow’s nightlife.

Manchester rebel rockers Alias Kid–popularly referred to in the U.K. press as the next Oasis, or Happy Mondays’ sidekicks–visited the Russian capital for a weekend of fun and musical proliferation at the renowned Imagine Cafe (previously known as Krizis Zhanra). To boot, their visit was occasioned by a not-by-chance meeting in concert with Russian shoegazers Sounds of Sputnik, winners of a Jagermeister Indie Award in their home country and the first Russian indie band to break and hold a position on the CMJ charts for a whopping 7 weeks. Rolling Stone Russia numbered among the key sponsors of this event.

On the first night Alias Kid headlined, preceded by Sounds of Sputnik and Slightlykilld. On the second night, Moscow band Nash Albert warmed up the crowd for Alias Kid. The 500-1000 people in attendance were able to fully absorb these powerful sounds and feel the power of such musical resonance that weekend, the meaning behind this meeting goes beyond just a few nights chocked full of rock and roll and shoegaze. We’re talking about something bigger and deeper.

So yeah, East met West in an awesome rolling weekend of gigs that filled the house at this lively venue. This impresses upon you when you consider that next year we will be marking the 25th anniversary of the collapse of the Soviet Union.

But there was something else very cool happening here apart from the East-West dynamic – and it all related to one of the legendary record labels of our time – Creation Records. This epic UK label, run by Alan McGee, Joe Foster and Dick Green, saw the careers blossom for some rather significant bands, including shoegazers My Bloody Valentine, Ride, Slowdive, Swervedriver, Medicine, Jesus & Mary Chain, The Telescopes, and The Boo Radleys, as well as more rock oriented bands such as Oasis, Primal Scream, Super Furry Animals and Teenage Fanclub. Just like Creation’s roster, this shoegaze-rock spectre was reflected in the Alias Kid/Sounds of Sputnik combo that first night in Moscow.

This gets even better.

On the one hand, you have Alias Kid. Only six months after forming, they were signed to 359 Music by Alan McGee and soon enough, to Creation Management. This whole connection has landed them spots gigging and touring with the likes of Jesus & Mary Chain, Black Grape and Happy Mondays. They also recorded their debut EP with Paul Quinn from another seminal Creation band, Teenage Fanclub. On the other hand, you have Russia’s Sounds of Sputnik, who have been endorsed by Creation Records’ Joe Foster and is signed to Raphalite Records, another British indie label carrying on the tradition of Creation Records and the early 4AD output. Graham Bonnar from Creation Records’ Swervedriver contributes powerhouse drums on their debut LP, which involved mastering support from Marc Joy, who also mastered several Creation Records albums by Primal Scream, Bernard Butler (of Suede) and Oasis. 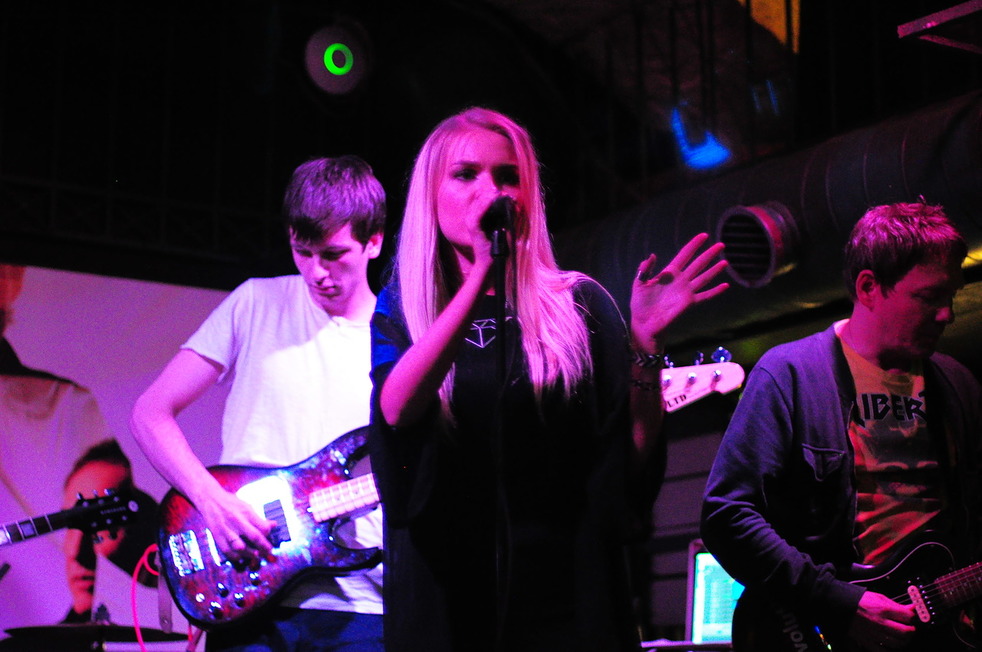 Together, these bands represent a highly potent cocktail, brought to Moscow residents courtesy of Natalia Shinyaeva from Rolling Stone Russia and Nash Albert from Imagine Cafe. Natalia was absolutely fundamental in making this whole revelry happen, negotiating with Alias Kid and Alan McGee in Britain, organizing the concerts and sponsorship with Nash, bringing the band over, translating for them and hosting them. Thanks to their vision, Moscow music lovers (and the bands themselves) were treated to an unforgettable event.

James Sweeney, lead guitarist of Alias Kid, had this to say about Sounds of Sputnik: “Sounds of Sputnik are one the most exciting bands coming out of Moscow at the moment.  Gushing and dreamy guitar sounds echo throughout the music, paired with a great writing partnership, making for brilliant Psych Rock music. Their EP “New Born” will defiantly be going in my collection, which doesn’t get too many additions these days.”

When asked about their favorite song on Sounds of Sputnik’s album, Sweeney answered, “New Born. They sound great. That song is cool ass.”

Roman Kalitkin of Sounds of Sputnik, who is also now a fan of Alias Kid, said the following: “In the distant 90s, we called this kind of music Manchester music, without dissecting it into shoegaze, Brit pop and the like. The songs put out by Alias Kid are absorbed in the rebellious spirit of this city, along with carefree or even reckless fun. After decades of silence and oblivion, I have suddenly heard something that now gives me hope about a new generation of musicians emerging, and once again, this ends up being from a group hailing from Manchester!” When asked what his fave tracks are from their debut LP, Kalitkin answered, “Dirty Soul, All Over Now and, of course, Revolution Sometime. The chorus of that song is stuck in my head. These guys are exporting a revolution!”

Both Alias Kid and Sounds of Sputnik are essentially the grandchildren of McGee and Foster.

In their heyday, the latter two legends, together with Dick Green, nurtured a whole slew of great bands, who, in their turn, went on to inspire the sounds of some very fine bands emerging today. As Alex Haley, author of inspirational American classic ‘Roots’, once wrote, “grandparents sort of sprinkle stardust over the lives of little children.”

Indeed, that is what seems to have happened in this case.

Creation Records’ spirit is still alive and well, extended by its grandfathers, tricking down the generations and it’s clearly not limited by geography whatsoever.