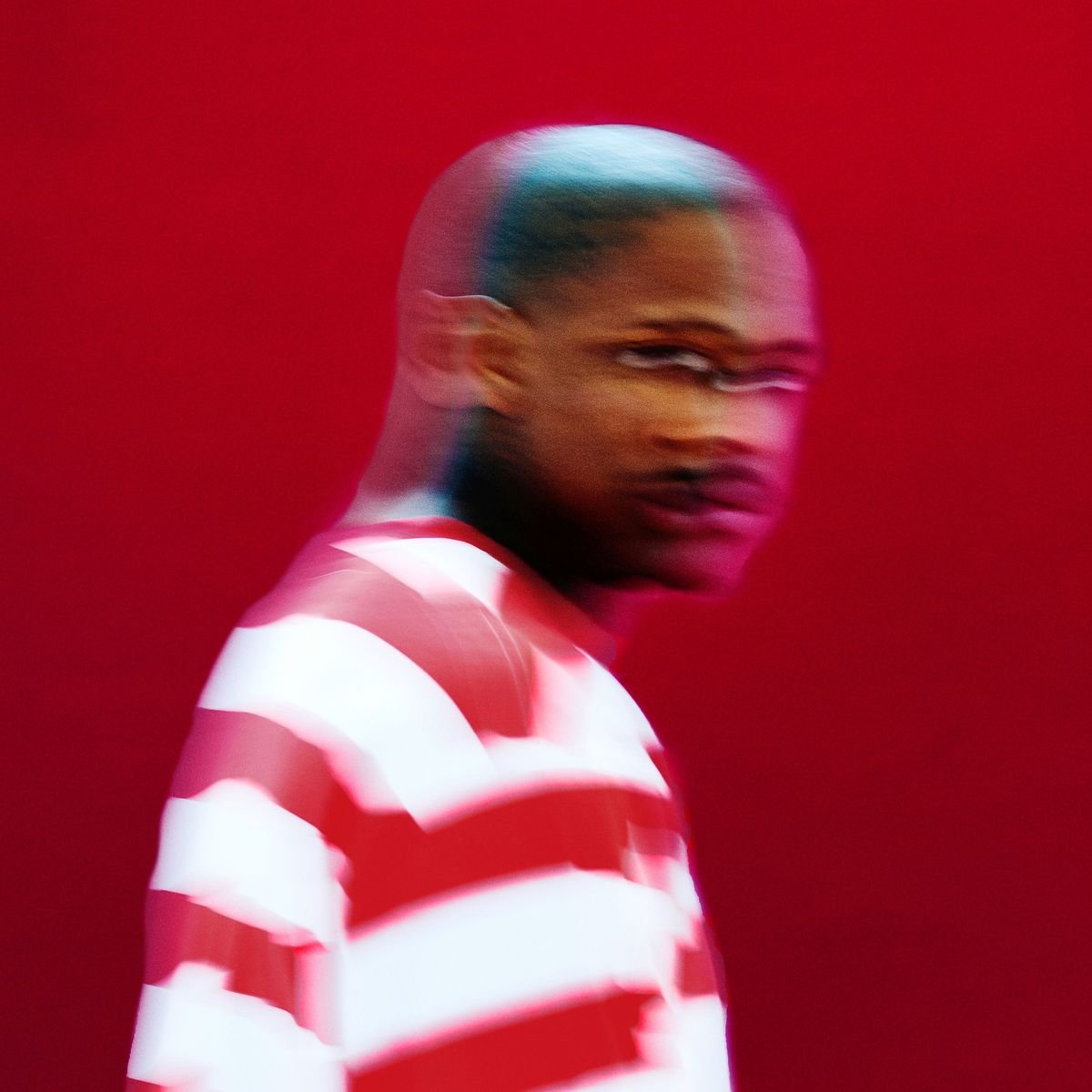 It feels like it’s been 75 years since I’ve written an article for Stereo Embers, but I’m glad to be sharing one now. 2020 will surely go down as one of the worst years in recent history (particularly for America); I’ve always found comfort and motivation in the solace and empathy music enables, and that’s become particularly important given current turbulence. I’ve written about some material that I’ve been returning to time and again over the last couple months, and highly recommend you check them out. But before getting into the music itself, a note on a vital subject:

Black lives matter. Police need to be defunded. The systemically-supported violence, prejudice, and apathy directed towards Black people in America needs to end, and so too does reactionary support of Black communities. I’m done waiting until another base act of cruelty is committed to educate myself and support causes seeking to combat deep-rooted racism and improve quality of life for Black people in America. I’ve been reactive because that’s a luxury the world affords white people—but it’s no longer one I’m willing to indulge. As a start, I’ll be making recurring donations to Campaign Zero and Black Girls Code, as well as reading Michelle Alexander’s The New Jim Crow. I will, however, be continuing to look for opportunities to expand the scope of my allyship and contribute to anti-racist efforts. I implore you to take similar steps. This isn’t an opportunity for self-improvement. This is critical to ensuring that the idea of a just, multi-ethnic society fundamentally works. One thing’s for certain: it’s not working right now, and has never truly been. It’s mandatory that changes. You can check out some great resources here: https://blacklivesmatters.carrd.co/.

Individually, Denzel Curry and Kenny Beats have been hip-hop’s MVPs since 2018. Denzel gave us the masterful Taboo (my favorite album of 2018), struck back less than a year later with the excellent Zuu, and even found time to give us a ferocious “Bulls on Parade” cover and the distorted experimental mixtape Blood In, Blood Out. Kenny Beats, meanwhile, has become the most exciting new producer since Metro Boomin. He’s constantly been pushing his pulverizing style in new directions to suit a massive list of collaborators, including Freddie Gibbs, 03 Greedo, Rico Nasty, JPEGMafia, and, of course, Zack Fox (if you haven’t had the pleasure, “Jesus is the One (I Got Depression)” is one of the best pieces of comedic music ever).

The deserved confidence exuded across Unlocked’s all-killer-no-filler 18-minute runtime is palpable. Though Zel and Kenny evidently have massive ranges as artists, the two stick to a consistent aesthetic (and one that’s fairly new for them, at that): sample-heavy boom-bap with a modern edge that weaves between thudding haymakers like “Take it Back” and ethereal ruminations like “Cosmic” (which has a grainy, shuffling beat distinctly recalling the late, great Nujabes).

My favorite cuts are “DIET” and “Pyro”. The former sees Denzel gradually building up the intensity in his bars until he reaches a snarling, DMX-esque cadence while Kenny’s instrumental builds alongside him in perfect synchronicity. And on the latter, Denzel drops one quotable after another: “My bitch bad like battle rappers who make albums,” “Nayvadious the futuristic version of an avid kid / Actavis, everybody lean on me / Got them bags full of goodies like I’m CeeLo Green,” “Viewer discretion upon my beat selection / You came with aggression, now your neck gon’ need protection.” Phew.

Denzel and Kenny have teased that they have multiple followup projects in the works, and I can’t wait to see what they have in store. Until then, Unlocked—despite its brevity—is an amazing standalone project from two up-and-comers who feel destined to become all-time greats.

Ab-Soul has made exactly one solo track in the last three-and-a-half years. This is that track, and goddamn is it glorious. The beat is sunny and summery, subtly shifting around just a few sounds—namely a chugging rhythm guitar, some brass stabs, and a short sax flourish—to make the track feel expansive when it’s actually pretty simple, all told. It’s a clever bit of mixing that Ab-Soul capitalizes on big time, switching flows about a half-dozen times while delivering a monster 50-bar verse. In typical Soulo fashion, many of his lines interpolate deep-cut hip-hop references and bend them into new double entendres; Jay Z, Craig Mack, Eminem, and The Outlawz get shoutouts, as does the best moment in Hype Williams’ film Belly as Soul declares himself the “illest n**** in Nebraska.”

Ab-Soul’s musical output has been unfortunately scarce, but the wit and energy displayed on “Dangerookipawaa Freestyle” shows that he hasn’t lost any of the spark that drew so many to his music back when Control System (one of the best albums of the 2010s) dropped. We need that new album stat.

In March 2016, YG was earlier to the party than most artists in taking Trump seriously and calling him out as the shitstain that he is on “FDT” (that’s “Fuck Donald Trump”). In true gangsta rap fashion, there was no poeticism or subtlety to the track, just a few searing and cathartic minutes’ worth of threats and insults.

While the Compton MC is essentially repeating the formula with “FTP” (“Fuck the Police”), the result is just as blisteringly effective. The beat is an old school g-funk banger, and YG’s bars are no-bullshit and razor-sharp: “Fuck silence, speak up bitch, this shit ill / Big stick on me, y’all kill, we kill / Been tired, fuck cardboard signs, we in the field / It’s the Ku Klux cops, they on a mission.”

The only thing missing is the late Nipsey Hussle, who had an incredible verse on “FDT.” But his impassioned and incisive bars on that track are even more clearly reflective of America now than they were four years ago: “I’m from a place where you probly can’t go / Speaking for some people that you probly ain’t know / It’s pressure built up and it’s probly gon’ blow.”

The explosive cocktail of military-grade weapons and equipment, a hivemind mentality, and minimal training has gone off before, but never with such a blast radius as it has now. Policing must fundamentally change, but until we’ve reached a turning point, I’ll find solace and motivation in “FTP,” and in the seething tirade of Jeremy Frisch, an LA resident who might as well have had a feature on this song, having called into a virtual town hall and unleashed hellfire on Michel Moore and a bunch of other LAPD higher-ups: “You call that protecting and serving? Well I think it’s bullshit… I yield my time, fuck you!” That’s some G shit.

I always approach music with a reputation for being highly technical with a lot of skepticism. While complex compositions can be impressive in their own way (namely to people who have some amount of music theory knowledge), they can often become so hard to parse that they become amorphous, stripped of any of the structure and predictability that are inherent hallmarks of most music. In some cases, that lack of clarity may be precisely the point—from Edgar Varèse, to Douglas Lilburn, to Autechre, there are many artists who seem to want to ask you how the music they’re performing is even possible more than they want to ask how that music makes you feel. And that’s totally fine. There’s a brilliance in that.

But if you’re trying to have your cake and eat it too by making a song that is both cerebral and off-kilter as well as catchy and memorable, you have your work cut out for you.

With “Giant Steps,” John Coltrane and his band members—Tommy Flanagan on piano, Paul Chambers on bass, and Art Taylor on drums—mostly pull off that balancing act. (As an aside, saying that one of the greatest musicians there ever was or will be mostly succeeded in doing something doesn’t mean the result is middling—it’s still really fucking good).

For those unaware, the chord changes on “Giant Steps” are infamously fast and, in some spots, unintuitive—a complexity compounded by the song’s breakneck tempo. While Coltrane sounds cool and confident through the whole thing, there’s a definite thrill in beholding the rhythm section trying to make sense of this monstrous composition.

It feels like things might fall apart at any second, but each player here is a master in their own right, and begin to weave in some impressive flourishes of their own as they hold the song together (Art Taylor’s drum comping in particular is absolutely fantastic, adding a lot of texture and spontaneity to what might’ve otherwise felt anxious and rigid). And as a bassist myself, I’ve tried many, many times to get a grip on this song and emulate even a fraction of what Paul Chambers was able to pull off, but with no luck; any bass player who can conquer an uptempo walking baseline on a chord progression like this with minimal rehearsal deserves a Medal of Honor.

The only place I feel “Giant Steps” becomes shaky is in its two solos, one from Coltrane and another from Flanagan. Both are quite good, but also clearly dictated more by the changes than by genuine expression from the artists. While there’s nothing inherently wrong with that, the solos have each have a start-and-stop quality (Flanagan’s more than Coltrane’s) that becomes a bit distracting once you realize they simply aren’t able to string together cohesive phrases given the serpentine progression they’re working within.

But perhaps I’m showing a bit of bias here given the love of the comparatively more modal and freeform stylings of spiritual jazz I’ve developed over the last couple years. Even though I much prefer the deeply impassioned A Love Supreme to “Giant Steps” or any song on the album named after it, it’s still a complicated thing of beauty in its own right.

I’ve got more music, both new and old, that I’ve already begun writing about, so I’ll plan to make this a recurring series. Look out for more soon.