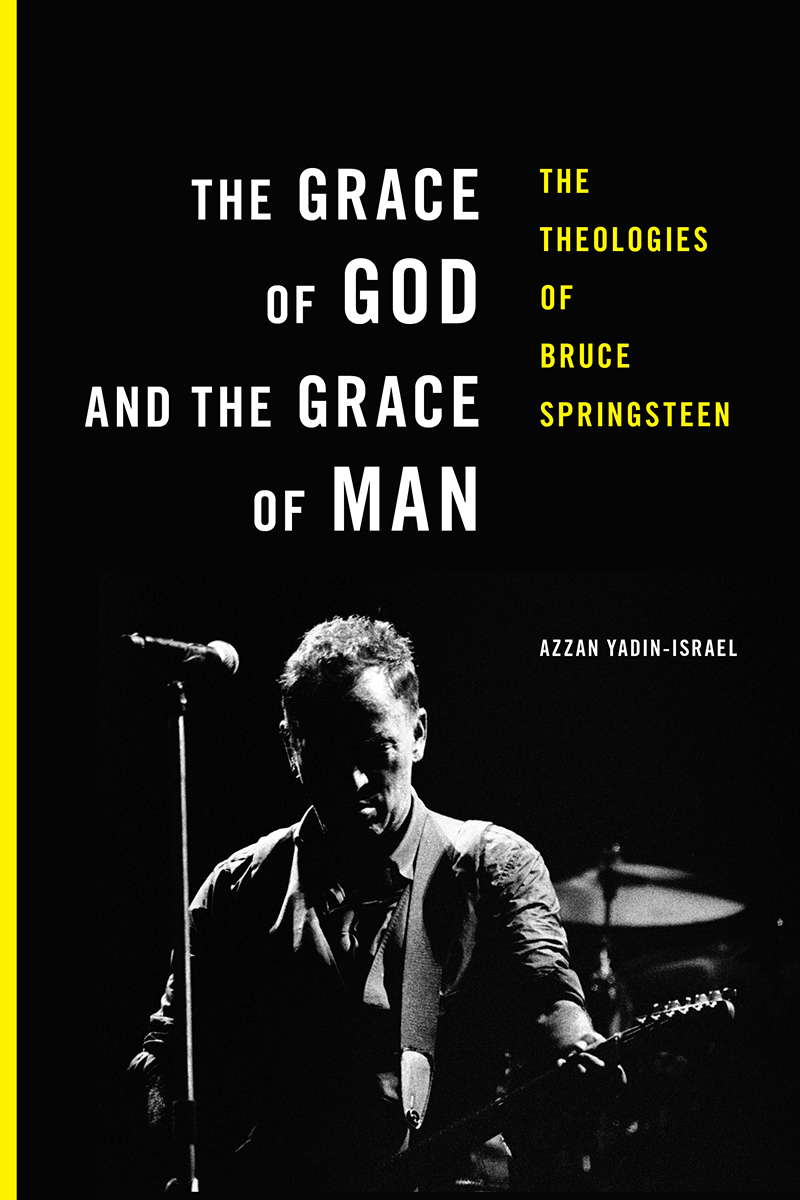 In his dense and impeccably researched 2016 book, The Grace of God and the Grace of Man, Rutgers University Classics and Jewish Studies professor Azzan Yadin-Israel charts a rattlesnake speedway through the biblical references in Springsteen’s lyrics. Yadin-Israel’s pilgrimage takes us some of the songs Springsteen wrote before the release of Greetings from Asbury Park (1973) all the way through “Swallowed Up (In The Belly Of The Whale)” from Wrecking Ball (2014).

Travel through Springsteen’s work and you’ll find a veritable King Solomon’s mine of Bible references, both Old and New Testament, where they illuminate bus drivers, cowboys, dealers, drag racers, dreamers, drivers, factory workers, gamblers, gypsies, lotharios, poets, prophets, single mothers, soldiers, stunt men, veterans, waitresses and everyday heroes residing within the grooves of his oeuvre. In Yadin-Israel’s telling, these references imbue many of Springsteen’s characters with what might be described, in “Cautious Man,” as “the beauty of God’s fallen light.”

As Yadin-Israel admits in his introduction, “…Springsteen himself does not deal with religious and theological matters consistently…Born in the USA, for example, has little or no such imagery.” Perhaps the Bible, classic American cars, The Grapes of Wrath (particularly John Ford’s film version of Steinbeck’s novel), the hard life of the working poor in America (particularly in the southwest on 1995’s The Ghost of Tom Joad, the mise en scène of Asbury Park, the stories of Flannery O’Connor, the U.S. invasions of Afghanistan and Iraq, the Vietnam War and Westerns (again returning to John Ford) are each a well of images and messages from which Springsteen has drawn freely throughout his almost 50 years of making records.

Yadin-Israel draws from the depths of the deep well of Bible stories referenced in Springsteen’s lyrics, and The Grace of God and The Grace of Man is an archaeological tour of the Holy Land as we find it in Springsteen’s songs: Yadin-Israel he starts with trowels and progresses to sifters and brushes to bring these treasures to light, following the theological thread stitched through the fabric of songs many of us have known and loved for decades. The result of his exhaustive and loving research is, as Raymond Carver put it, a new path to the waterfall. Here’s Yadin-Israel’s analysis of the final verse of “Greasy Lake”:

Locating the lovers in the dirt does not mean that their love is dirty because, crucially, they are singing their birthday song, the “song” each sang at birth. Their nakedness has been transformed into a redemptive force; they are naked and crying out like newborns, having recovered the innocence of Eden on the shores of Greasy Lake.

Songs like “Adam Raised A Cain” and “It’s Hard to Be a Saint in the City” are given their closeups in The Grace of God and The Grace of Man, as are later classics like “Philadelphia,” which references both communion and Judas’ betrayal of Jesus in a single line: “so receive me brother with your faithless kiss,” and “Into the Fire,” of which Yadin-Israel writes:

My analysis focuses on two biblical motifs found in the song: the firefighter’s ascent into the fire, and his laying on of hands on the singer…There is…one fiery ascent in the Hebrew bible, namely, the account of the prophet Elijah’s death, a narrative whose core themes resonate with the narrative of “Into the Fire.”

Toward the end of The Grace of God and The Grace of Man, Yadin-Israel explains the term Midrash, rabbinic biblical interpretation: “Midrash is a conscious and deliberate engagement of scripture, often responding to textual difficulties. At its best, it provides real insight into the biblical text, whether by connecting disparate biblical verses, calling attention to broader interpretive issues….” The Grace of God and The Grace of Man is Yadin-Israel’s midrash of Springsteen’s lyrics – it is expansion and explanation, the addition of more flesh to these mighty bones. There are more hues to Springsteen’s blinding technicolor than we thought; the well is deeper than we knew.

One of the many gifts The Grace of God and The Grace of Man gives Springsteen fans is a brief and lovingly written explanation of the thematic shift Springsteen’s work has taken as he, and we, have grown older. Yadin-Israel closes his discussion of redemption with a section of the lyrics from “Living Proof” from Lucky Town (1992): “and when that train comes we’ll get on board…” Yadin-Israel writes:

These transitions, first from the car as a vehicle of salvific mobility to a vehicle of contemplation, and then from the car to the train, embody the shift in Springsteen’s writing, as a triumphalist celebration of the open road gives way to a muted but still joyful appreciation of the grace available to us in the here-and-now of our lives.

As Springsteen calls out in “Human Touch” from Human Touch (1992), “we’re all riders on this train!” Lucky passengers to be proffered the grace of his songs. The comfort of his voice.

We recently caught up with Professor Yadin-Israel via email; he was gracious enough to submit to a few questions.

Stereo Embers Magazine (SEM): How is it, as a Springsteen fan, you ended up as a professor at Rutgers? Was this your plan all along?

Azzan Yadin-Israel (AYI): Yes. As an undergraduate I majored in philosophy and Jewish Thought at the Hebrew University, then I went to Berkeley to write a Ph.D in second- and third-century rabbinic interpretations of the Hebrew Bible. I suspected I might be able to get a job somewhere in New Jersey, allowing me, 17 years after getting my Ph.D, to write a book on Springsteen. Long game, man.

SEM: What is it about Springsteen’s work that has inspired so much scholarship?

AYI: I think Springsteen is a rare combination of artistry and popularity. On the one hand, he’s a singer-songwriter who is often guided by non-commercial considerations; I’m pretty sure the executives at Columbia weren’t badgering Springsteen to record a bare-bones acoustic album whose title track is written from the point of view of a mass murderer awaiting the electric chair. But that’s what he was working on as an artist, and so he released Nebraska. On the other hand, he’s enjoyed a remarkable amount of popular success. It’s probably fair to say that during the mid- to late-eighties he was one of the most successful performers on the planet. Also, I’m sure there is a disproportionate number of white men in academia and journalism who are or were Springsteen fans. 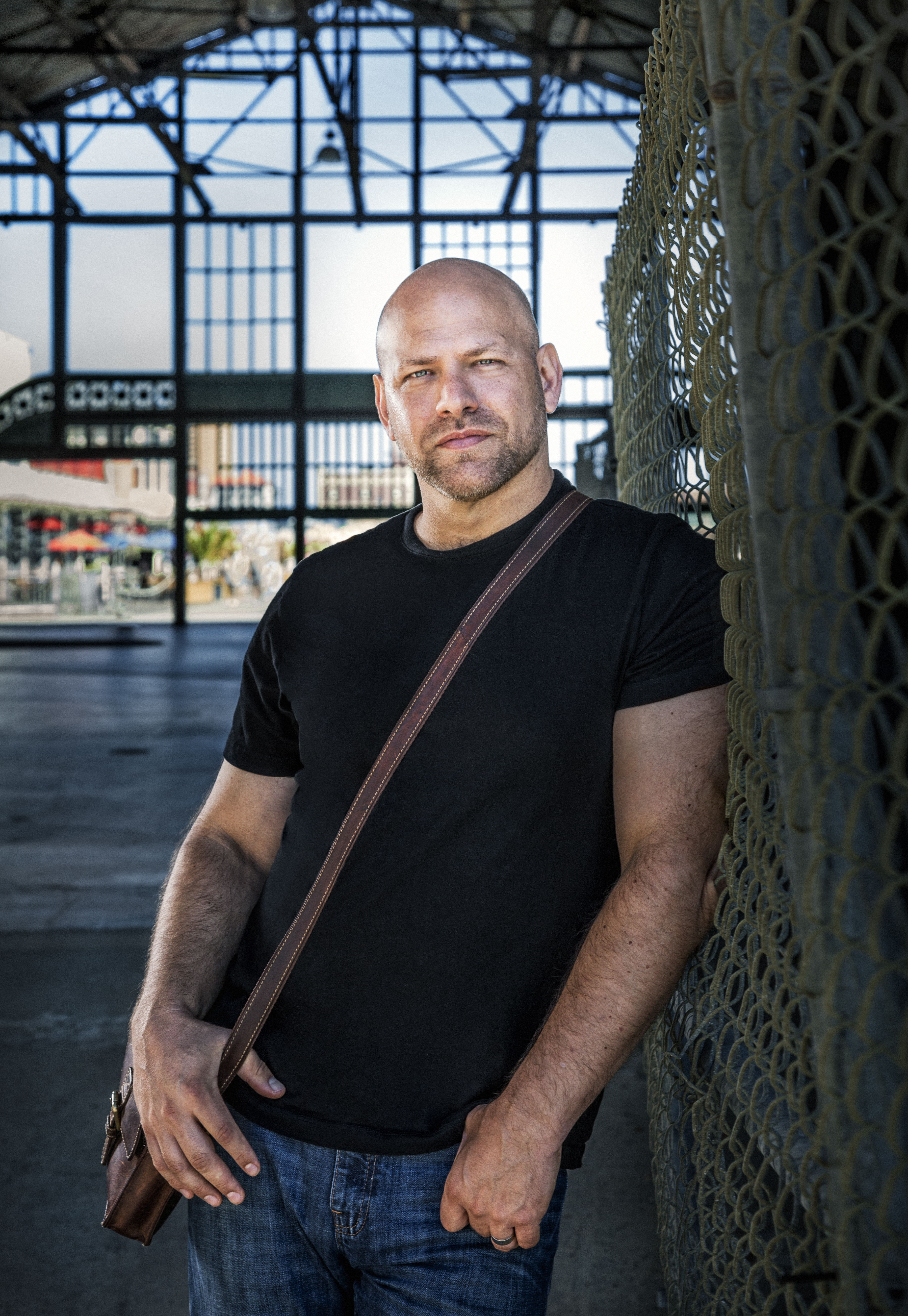 SEM: Other than Dylan, or perhaps The Beatles, can you think of any other artist whose work would lend itself to a work such as The Grace of God and The Grace of Man?

AYI: I know Leonard Cohen’s music lends itself to this sort of analysis, because not long after my book came out a similar book came out on Leonard Cohen (Tangle of Matter and Ghost by Aubrey Glazer). Many scholars have discussed the overlap between sacred (gospel) and secular in the R&B of the 1950’s and 1960’s, and the borders between country gospel and country music were not that clear for decades. There’s also a great deal of religious and biblical references in some hip-hop artists’ work. Jay-Z used to use the nickname, “Hova,” which was short for J-Hova, i.e., Jehovah, suggesting that he was the god of hip-hop. And a number of my students have suggested Kendrick Lamar’s work is rich with religious and biblical themes. In short, I think there’s probably a great deal of interesting material out there.

SEM: how long did it take you to write The Grace of God and The Grace of Man? Given the bibliography is eight-and-a-half pages…

AYI: This was actually a book I wrote as a break between philological projects. I had just finished a very complicated study of a rabbinic text that doesn’t have a full modern edition. I was working from a 10th-century manuscript for years; I am now working on a book explaining how the Forbidden Fruit came to be identified with the apple. Relatively speaking, The Grace of God and the Grace of Man was a breeze. It took me about eighteen months.

SEM: Do you think you might go back and update the book after Springsteen releases a few more records?

SEM: What are you working on now, and why, and when can we expect to see it?

AYI: As I mentioned above, I’m writing a book on how the Forbidden Fruit came to be identified as an apple. It isn’t in the Bible (just “fruit”), and early commentators, both Jewish and Christian, tended, for various reasons, to identify the fruit with the fig or the grape. It’s an interesting project that involves early Hebrew and Greek works, the Latin commentary tradition and the representation of the Fall of Man in Western art. I’ve finished a draft of the book and have sent it out to colleagues who are experts in each of these fields. Once I get their feedback, I’ll do one final revision and then try to find an academic publisher.

SEM: Your favorite Springsteen album, and why.

AYI: My favorite album is probably Darkness. The album is great on many levels, but what I most admire about it is the way it breaks with expectation. After years of touring and recording, Springsteen really hits it big with Born to Run – Time and Newsweek covers, etc. etc. So what is the next album going to be? Well, if the history of popular music is any indication, some sort of attempt to recapture the vibe of the breakout album. Instead, Springsteen goes a completely different route, releasing a musically and thematically different album that in certain ways explicitly repudiates the claims of Born to Run. That album was all about the promise of the open road, the night-time drive, and the love of a woman. The first line of Darkness on the Edge of Town? “Lights out tonight, trouble in the heartland/got a head-on collision smashin’ in my guts, man.” He takes one of the key themes of Born to Run and flips it on its head – instead of the car evoking imagery of redemption, it’s a head-on collision. It’s not that I prefer the darker material as such, it’s that I admire the artistic integrity of a still young artist (he was only in his late twenties when the album came out) who is writing in a way that’s true to himself, rather than trying to maximize his commercial success. Nebraska is similar in that regard, but by then Springsteen was much more established.

SEM: I’m assuming you’ve seen Springsteen live, maybe more than once. Can you tell us about your favorite show?

AYI: My favorite was without question his Born in the USA show at the Richfield Coliseum, right outside Cleveland. It was the first time I saw him and I was in high school, and even if you remain connected to music and rock and roll throughout your life, there’s a raw, primal quality to experiencing music when you’re 16 that can’t be replicated later in life. At least in my experience.

AYI: He’ll probably try to find out if there’s any way to get a hold of the 1966 recordings Bruce made with the Castiles.