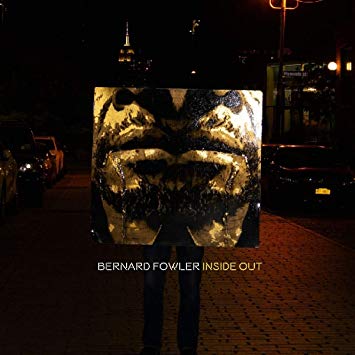 Art’s a funny business. This is true from an almost infinite amount of angles. With the exception, maybe, of love and spirituality, no other human pursuit extends with such agile fluidity from the gutter to the stars nor counts among its practitioners – while giving, in theory, equal credence to – the entire spectrum from crassest amateur to the acknowledged master. All are accorded the benefit of its inscrutable doubt.

One could expound for countless hours on the confounding certainties each of us believe are held within that scrappy little syllable, its contents containing a big bang’s worth of conceptual multitudes. But art’s strongest attribute may be the inexhaustible ways it finds to surprise us. Almost as if it has its own autonomous consciousness, grounded in an abhorrence of complacency, the lesson for all of us – and one best never left unlearned, it seems – is to never turn your back on it. For our latest illustration of this timeless, if elusive, nugget of wisdom, allow us to turn your attention to Inside Out, the newest – and surely most inventive – work of the vocalist extraordinaire, Bernard Fowler.

Now, many of you reading this just had one of two reactions. One was simply ‘Who?‘ while the other was ‘Where’ve I seen that name before?‘ or some variable thereof. Fair cop, really, because unless you’re ‘in the biz,’ where Mr Fowler’s name is synonymous with peerless quality, or include yourself among the nerdish cognoscenti that read every credit of every album they’ve ever owned, you understandably balked at the phrase ‘vocalist extraordinaire’ being attached to a singer you’ve at best vaguely maybe kind of heard of.

Well, take heart. Though this writer was aware of him thanks in large part to his longtime association with the Stones, my own official Bernard Fowler christening came a couple months ago at the Portland appearance of A Bowie Celebration, the Mike Garson-led alumni revue where Fowler’s pre-eminence stood out amid a stageful of standouts (Earl Slick, Charlie Sexton, Gaby Moreno and Corey freakin Glover among many others). That night sent me in to a deep dive exploration of the Fowler-appearing discography from which I surfaced with an astonishing catch: Material’s One Down album from 1982, Herbie Hancock’s Future Shock, records by Yoko Ono, Gil Scott-Heron, Philip Glass, James Blood Ulmer, Ryuchi Sly & Robbie Bootsy Bambaataa and Swans and that’s just the Eighties. The list is ridiculous as it leads up to Jagger/Richards & Co but allow me to at least mention PiL’s Album and Outlaws & Angels by Willie Nelson. Range? Did I hear someone mention range? Yes, true, but even so, once we turn our attention to the guy’s newest solo joint Inside Out, released April 19th on Rhyme & Reason, it must be said: You ain’t heard nothin’ yet.

Birthed, like so many inspired ideas, in an unassuming moment of spontaneity – in this case Fowler scatting his own spoken word rendition of a Rolling Stones song during a soundcheck on the band’s 2015 Zip Code tour, overheard by Jagger who encouraged the project without hesitation – Inside Out is nothing less than a righteously radical re-imagining of nine selections from the Stones’ expansive back catalog, ranging from the heretofore untouchably iconic (“Time Waits For No One,” “Sympathy For the Devil”) to the somewhat lesser known (“Must Be Hell,” “All the Way Down”), each of them broken, well, all the way down musically then built back up, from the ground to the gritty heavens. While many (hell, most) of us would consider the very notion bold to the point of lunacy – there is simply no way to avoid the fact you’re playing with fire – others, thankfully, stick with their vision doubts be damned. Hubris? Yeah, okay, but some manage to surpass the challenging limitations and likely failures implicit in that word and in the process convert it into an unqualified triumph. In any such venture (think the Residents, think Laibach), it is, of course, in both the devilish details and the overarching concept where success will be gauged yay or nay. Regarding Inside Out, it’s reasonably safe to say the album will survive, robustly, any test one would care to throw at it.

Fowler’s stated goal with this project was to highlight the words/messages of these songs outside the context of their well-worn musical structures, replacing their famed rocknroll girders with sinuous, jazz-inflected, street-cool throughlines, giving every syllable more room to breathe. The result, frankly, is a bit of a revelation, not to mention a case of cognitive dissonance of the sublimest kind.

It being the other talent Fowler brings to whatever session or stage he’s invited to, percussion plays a central role throughout this record, a thrumming-under pulsebeat that grounds the whole into a fever dreamed mashup of a kind of chthonic beatnik happening and a deeply feral, funkified groove-a-thon that aligns itself variously along the urban/tribal axis.

There is, in fact, a fair amount of line-crossing going on here, between the desperate and the mystical – check out “Must Be Hell,” Tim Ries’ desolate bop saxophone shadowing the vocals and congas like it’s yearning its way up Broadway at dawn – between the sinister and the celebratory – “Dancing With Mr D,” swooning credit this time going to the sizzlingly phat, uptown guitar licks of none other than Ray Parker Jr, which isn’t to mention Darryl Jones’ Jamerson-worth bass work – between the hopeful and the haunted – the striking, brittle contrast at the heart of “Sister Morphine,” light shining on the grit of addiction by virtue of the bright and nimble line traced by Keyon Harrold’s flitting trumpet, insinuating as it goes the fleeting joy of the high, that ever-elusive chase.

And while indeed Fowler, as would be expected from someone with the level of respect he’s earned over four-plus decades of legendary session work, has reached into his vast Rolodex and gathered around him an enviable roster of players – to the aforementioned add Lenny Castro, Steve Jordan, Jimmy Rip, Mr Garson and raft of others – it is the voice at the heart of this project that carries the dark resilient day. Snapping with a soulful authority, it’s in the act of deploying the full depth of those pipes’ peerless sonority in the service of a street-corner spoken word that conveys this daring proposition from near-impossible to full-blown success. Congratulations, then, on work well done, and here’s to an eventual sequel. Speaking for myself, I’d love to hear an Inside Out-styled rendition of “Jumping Jack Flash” (and, yeah, alright, “Play With Fire” as well), and that’s just for starters.

[order Inside Out here]