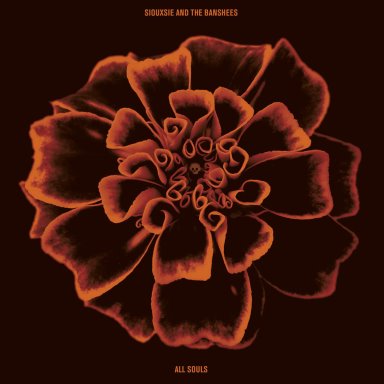 Siouxsie And The Banshees have announced they will release a new collection in October.

An aggregation of classic tracks and rarities which together form an Autumnal-themed mosaic, All Souls was personally curated by Siouxsie herself.

Although the album contains well-known numbers like “Fireworks” and “Spellbound,” it also features B-sides like “El Dia De Los Muertos” “Something Wicked (This Way Comes)” and “Supernatural Thing, which dates back to 1981’s “Arabian Nights” single.

The aforementioned B-sides haven’t been pressed on vinyl in over three decades.

Remastered at Abbey Road studios with Siouxsie presiding over the process, the songs were cut at half speed by Miles Showell.

All Souls boasts brand new marigold-themed artwork and will be released on 180g black and limited edition orange vinyl.

All SOULS AVAILABLE FOR PRE-ORDER NOW

SIOUXSIE AND THE BANSHEES – ALL SOULS

Something Wicked (This Way Comes)  (The Killing Jar single 1988)