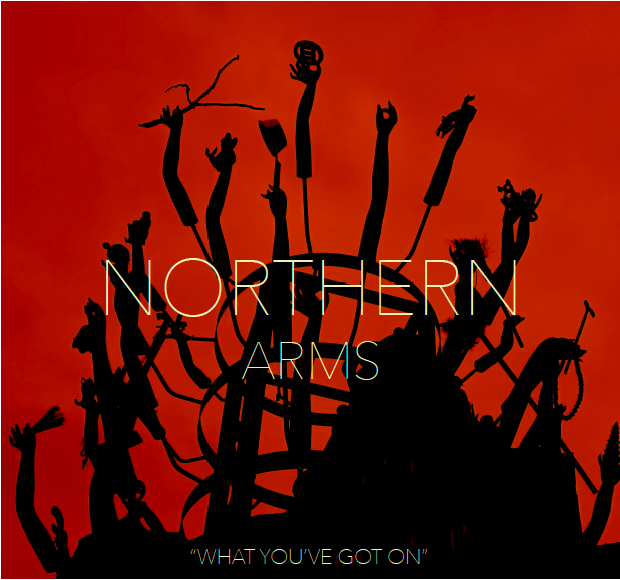 As is often the case in times of great diffusion, the moment comes for a reckoning. In the case of rock music, that moment is as ripe as ever. The original document – signatories Elvis, Jerry Lee, Buddy Holly, Little Richard, the Everlys et al – survived multiple explosions through the 60’s and 70’s, robustly absorbing the many enhancements and experiments as mere codicils, a few extra phrases and sub-clauses to strengthen the core tenets. Since then, as technology has dug its digital claws in ever deeper, as cool ironic detachment has increasingly become our de rigueur cultural setting, the long but accelerating march towards the virtual state of atomization in which we find rock ‘n’ roll today has defined the word ‘inexorable.’ By now, single sentences from that signed first document have become their own genres. New ones spawn every day. It’s become a crowded mess, and it’s hard to hear the tolling of Chuck Berry’s bell. Movements have risen in revolt in certain provinces now and again in hopes or reigniting that first spark but there’s been something self-conscious about them, something lairy and heavy-handed, as if to overcompensate. Meanwhile the old ambassadors plod along, trying to strut in defiance, trying to rewrite what they’ve already rewritten so many times the paper’s gone thin and tattered, their sound a simulacrum, their gestures more often than not a hollow kabuki.

Now before I have to deflect accusations of being a reactionary sourpuss, I should make clear that to my way of thinking none of this is a particularly terrible development. I’m as much a genre-hound as anyone and the wild orgy of hybridization has yielded exciting results, many of which I’ve heralded in these pages. I only need nod in the direction of  Daniel Lopatin to support my point, and the fact he’d be but the tip of the iceberg should further quiet any doubts as to whether the state of music itself is hale. Despite this, and in the face of it, there’s nonetheless a type of rock ‘n’ roll expression that’s having a hard time being heard above the cacophonous broadband, one bathed in the traditional waters of the art form that have been piped from the Mississippi Delta through the shacks of Memphis to a big pink house in Woodstock before flooding the ersatz swampland of Lodi and bubbling up along the banks of Muscle Shoals, leaching up along the way the distinct flavors of gospel, Chicago R&B, Tex-Mex, desert blues and the darker muds of the devil’s minstrels with their sleight-of-tongue delivery hitting the target painted on our heart with far more accuracy than any preacher or shaman you’d care to mention. It’s like there’s this voice back there in the wilderness, a howl half-demon half-human, you can pick it out when the wind’s just right and when you do, and you lean in and cup your ears and close your eyes, you realize that it might be your voice back there, wondering what became of the scripture as laid down by the Band, Bobby Charles, brother Ray and sister Emmylou. As it turns out Philadelphia outfit Northern Arms has been asking that same question and, in the form of debut single “What You’ve Got On,” have decided to answer it themselves. 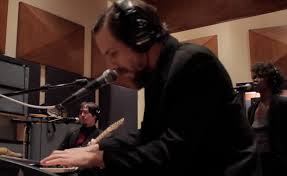 The opening salvo of a coming volley (a full-length due in early June), “What You’ve Got On” reclaims mantles from the second the needle engages, the track falling out of the sky with a tumble of drums and two quick amber-glassed notes of vibraphone before the full brunt of the 10-strong band kicks in with a soulful, wall-of-sound restraint, multiple guitars that sound like horns, an actual horn – baritone sax, I believe – laying in a lowing counter-melody, those vibes pulling their crystalline weight – they’re an essential presence throughout, in fact, a balancing fragility – the bass and all the rest settling into a compact yet somehow grandiloquent groove and, I have to say, we’re immediately nestled in with the classics, from Spectored chill-bringing pop to the joyous desperation that fringed the edges of “Baby What’d I Say?” to those ecstacies that greet you in the first few bars of “Born To Run,” minus the bombast and plus a rousing, trembling upswell of pathos. That last reference, though, regardless of what anyone thinks of the Boss (I tend to think ‘diminishing returns,’ myself) is germane, as it’s this record’s dynamic production – by Philly titan Jeff Ziegler (War On Drugs, Kurt Vile) – that as much as the song itself summons the spirits. That “WYGO” can be both intimate and epic, make you feel both a gripping poignancy and a skying pop joy reflects on an intuitive genius behind the desk and we’re all quite fortunate that Northern Arms had in their corner the guy that could bring their soaring ambitious sound to life. And boy this single just effuses life, in all its damage and wonder and conflictual splendor, pushed to the limit by a sonic exuberance that surrounds and vigorously underlines the hurting anger of the lyric.

Past the crashing intro, the momentum continues to build while maintaining that tension of near-excruciating restraint referred to above, and it’s precisely that seething held-back-ness that brings the power. Singer-guitarist and primary driving force Keith Richard Peirce sounds line and after line like he’s on the edge of a breakdown – the song’s addressed to the woman leaving him – even as he couldn’t be more in command, the band gathered around him in an exactly matching state of agitated equilibrium, the song in its pulse and simmer chasing one sublime cathartic brink after another, just about reaching it before their energy drives it to the next level.

Northern Arms are not alone, of course, in drawing from the rich historic tropes of American rock’n’roll (though emerging from the nation’s birth city should not go unnoted), but the manner in which they’ve distilled them on “What You’ve Got On,” layered then exploded then pulled back together – taking a pleading americana before it was called that and dragging it with bursts of glory and pissed-off reverie through a Stax-goes-Mardi Gras field of rocking soul horns all built on a haunted, almost hurdy-gurdy churn like a carnival midway in the throes of chaos, however carefully controlled – that sound, this wondrous blast of noise that thrills and against all odds convinces that somewhere deep inside there’s a triumph in pain, is not just a joy to behold but, I assure you, with all my hopelessly enthused heart, it’s also a sound you’ve never heard before, that you haven’t – and could not have – been expecting but have been waiting for for a very long time.

It goes without saying that rock music at its best refracts its past into a stirring, inspired present, one that leaves us gasping and agape, revived, our faith, in short, restored. The longer the form lives – and, y’know, rock and roll will never die – the more cells the thing subdivides into, the more wretchedly difficult that trick becomes. When it happens, and especially when it happens with the sudden appearance of a relatively new band, knees buckle, hearts swell, and we’re in love all over again.

Single of the week? Well, hell, it’s a young year so far, granted, but this one’s going to be hard to top . Album arrives in early June, but you’ll get to hear an exclusive first listen to “What You’ve Got On” right here at Stereo Embers tomorrow. So, yeah, definitely, definitely, stay tuned.

[editor’s note: Since publication, the above link has changed to a jumbled, if no less essential, amalgam of album cuts and demos. Thus, we’ve decided to supplement that link with the video for WYGO, offered to you below]