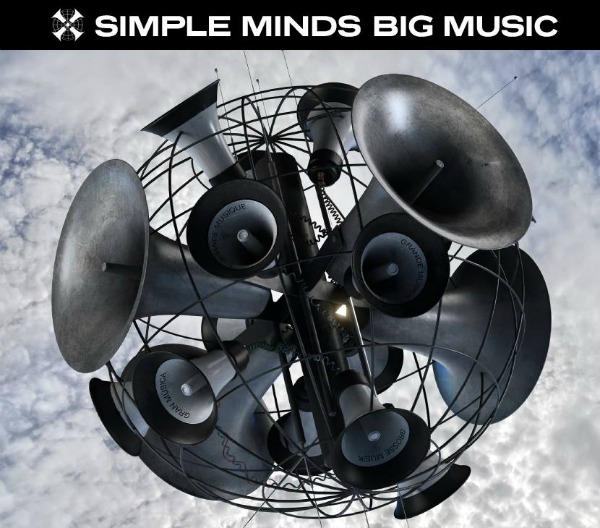 The album will be out November 3.

Around since 1977, Simple Minds remain a vital and captivating live act, so it’s no surprise the Glasgow band have already booked a solid UK/European tour for 2015.

The tour will find them on the road for nearly four months to support the record.

Oddly, the title of the new album echoes both the song and mission statement of another famous Scottish band, The Waterboys.

Early in their career, head Waterboy Mike Scott christened his band’s sonic output “The Big Music” and he even chatted about it to Stereo Embers earlier this year. Explaining the phrase he said: “‘I have heard the big music and I’ll never be the same’ was a way of saying, ‘I’ve sensed a spiritual power, I’ve felt a calling to my highest nature, and the rest of my life will be my quest to make good on that.'”

When asked if the song “The Big Music” acted as a manifesto for his band, Scott then said: “The concept of The Waterboys was a band that would be ever-changing, which is exactly what we’ve been. And anyone over the years who has taken ‘The Big Music’ to mean a manifesto for a wide-screen-sounding form of music, is mistaken. The song isn’t about music at all.”

Simple Minds had to be thinking of Scott when they named their record, but so far the band hasn’t tipped their hand about the origin of the name or the contents therein.

Lead singer Jim Kerr posted on the Simple Minds official site the following statement: “…we now find ourselves rather excitingly entering yet another new and fresh chapter of the band’s history, one that see’s us moving forward with our musical creativity while hopefully progressing with the challenge that we set for ourselves as kids just starting out. Which for those who don’t already know – was to become one of the world’s great live acts…Simple Minds remain committed as much now as ever to giving the very best of ourselves within our songs, our records, and our live shows. I can also guarantee that we appreciate everyone who invests in us by listening to our recordings and coming to see us live.