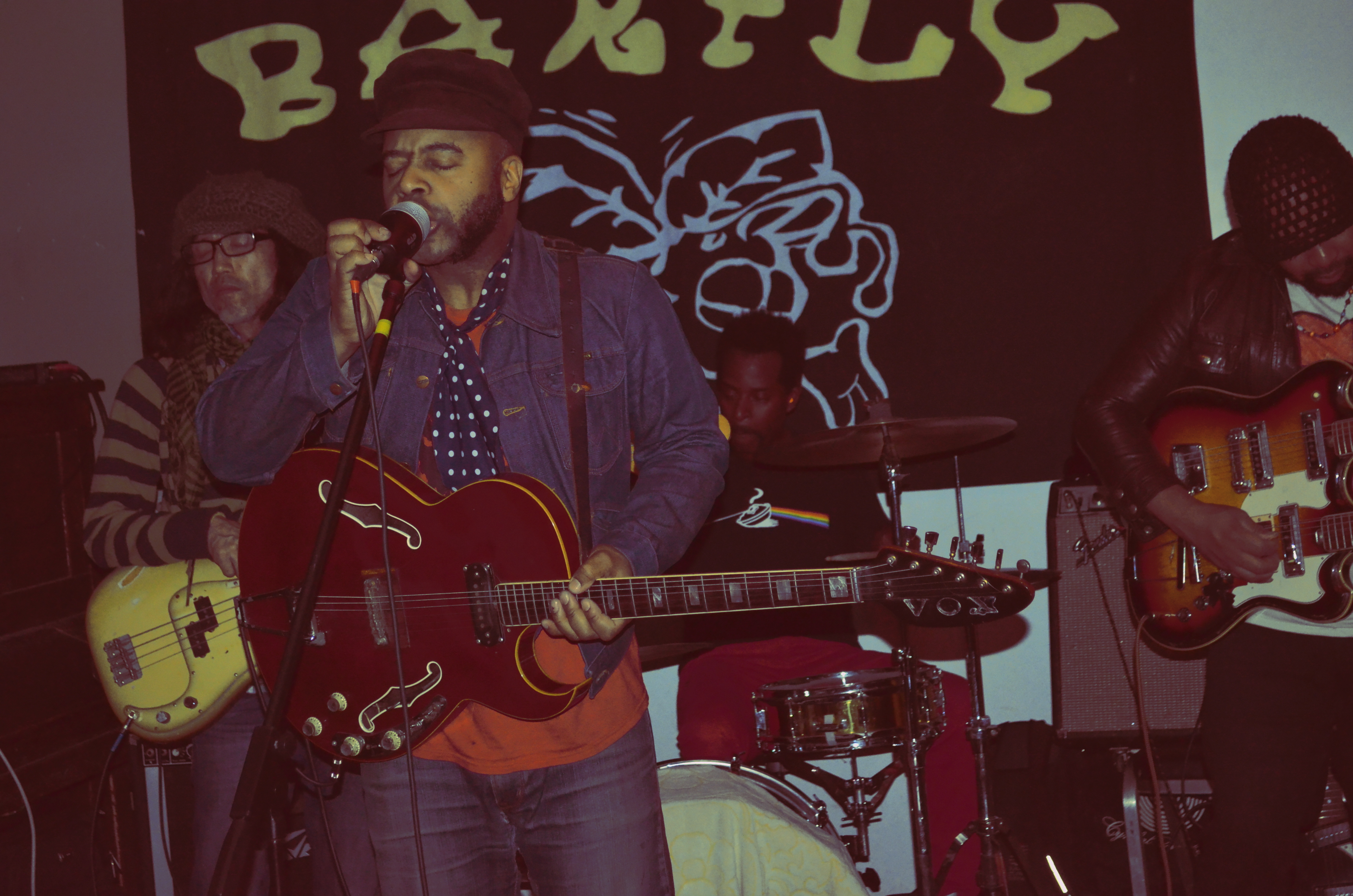 The last time shoegaze veterans The Veldt hit Montreal for a concert, it was back in the 90’s, when they opened for The Jesus & Mary Chain.

Now, a few decades later, the band, led by twin brothers Daniel and Danny Chavis, performed brilliantly and with aplomb in the intimate environment of the Barfly, a venue established in 1996 in the trendy Mile-End neighborhood of Montreal.

The show was part of their Canadian tour, preceded by Toronto, London and Peterborough and followed by Ottawa, right before they headed back to the U.S.A. to play Austin’s Levitation Pre-Party and then an East coast mini-tour with The Brian Jonestown Massacre.

Established in the late 80’s, The Veldt, who lifted their band’s name from a Ray Bradbury science fiction story, produces epic and lush dreamy guitars, melting with a dazzling touch of soul. Back in the old days, dream-gaze guru Robin Guthrie of Cocteau Twins worked on their initial recordings while Lincoln Fong from Moose worked on their Marigolds EP. They have shared the stage with Cocteau Twins, Oasis and The ‘Mary Chain amongst others. As the brothers moved to expand their musical language, fusing more electronics into their soundscape, they retired the band’s name and, for various reasons, began recording and touring under the name of Apollo Heights.

Their debut album White Music for Black People was also produced by Guthrie and features guest appearances from David Sitek of TV On The Radio, Mike Ladd, and Guthrie on guitar. In 1999, the Chavis brothers met bassist Hayato Nakao, who would become their permanent partner. But as of the past few years, they have returned to using the name The Veldt once again. The band is now heading down the North American East coast to promote their recent The Shocking Fuzz of Your Electric Fur: The Drake Equation EP, released through Leonard Skully Records.

I was fortunate enough to be in Montreal on April 7 to catch the double-bill show that The Veldt played with Montreal shoegazers The City Gates. The band is a four-piece, who succeeded in creating a fine blend of haunting guitars, eclectic and ethereal sounds. Having performed with Funeral Advantage a few weeks before, they will also share the stage with Nothing in a few months. Justin Lam from Antidotes Magazines says they make, “…incredibly beautiful ambient and energetic sound.” In The Blog That Celebrates Itself, the band succinctly describes their sound as “intense, powerful, melodic, moody, flavorful and raw.”

Since releasing their album Collapse in 2013, they’ve been playing around Canada and also recently released a track on the We are all Boo’s tribute album to The Boo Radleys.

Despite some glitches with the sound system at Barfly, The City Gates managed to give quite a performance – stunning guitar riffs and a plethora of well blended pedal effects, were reinforced by Maxime Wingender’s baritone vocals. The band played “Lone Wolf” and “On the Road” from their Collapse album (video soon coming from Dariy Kayakin). The crowd also heard a few new promising tracks, including “Checkpoint Charlie,” which ended with a blast of fuzz, reverb and the perfect wall of noise.

Next up were headliners The Veldt, who gave an astounding performance despite continued sound system problems and apathy on the part of the bar’s management. Daniel Chavis delivered stealthy vocals without solely relying on the PA system for a boost. As usual–and true to dozens of videos I’ve seen going around YouTube featuring the band’s live performances elsewhere from Austin to New York to Toronto–the band managed to mesmerize everyone present. All eyes and ears were on the band, the crowd seeming to collectively be hanging on Daniel’s raw and sometimes falsetto vocals.

The audience was enthralled by the well-executed guitar sounds, tastefully filled out with nice drums and bass grooves. This four-piece of Danny Chavis, Daniel Chavis, Hayato Nakao and Marvin Levi performed for just over an hour, revisiting a few songs from their 90’s repertoire, such as “Soul in a Jar,” “CCCP” and the amazing “Willow Tree.” They also gave a glowing delivery of several songs from the new EP, one example being “Sanctified,” the first track off their new EP.

Look forward to The Veldt’s forthcoming LP Resurrection Hymns, to be released via Sonablast! Records on vinyl, on CD and digitally.

The City Gates will also be releasing their next album sometime in 2016.