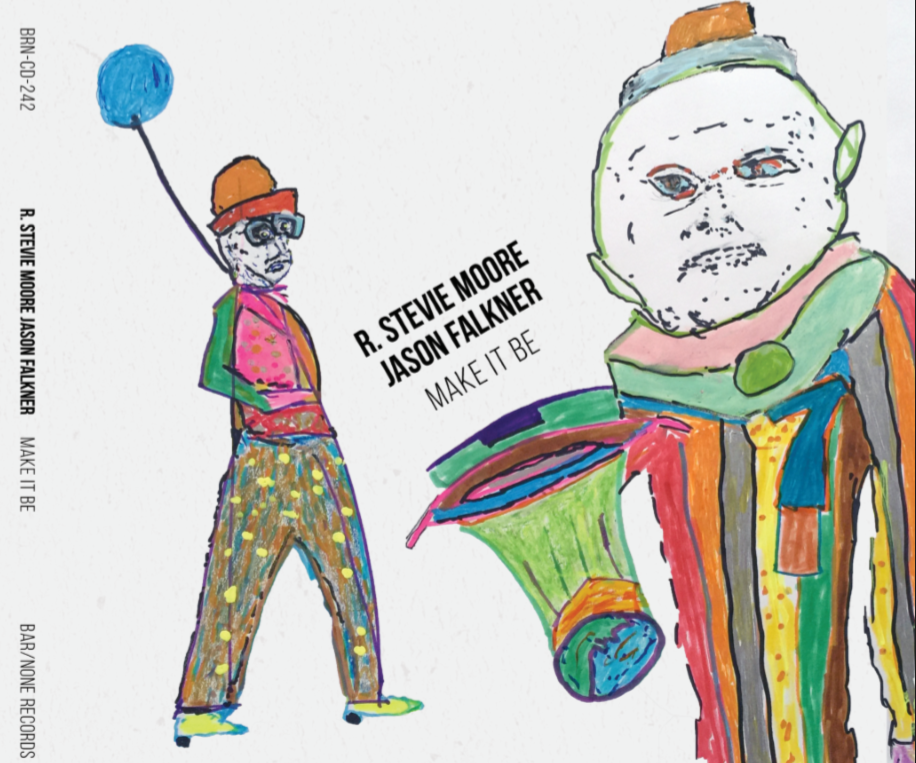 Forget Robert Pollard. He may bear a more prominent media profile – a constant line of which is his prodigious work ethic – but the true living definition of ‘prolific’ is R. Stevie Moore. A seasoned skewed-pop superpower, RSM doesn’t just tower over the GBV honcho but completely obliterates him, blots out his sun.

At it since 1968 (his 16th year), with his first release – a cassette called On Graycroft – dropped on an unwarned public a year later, Moore has perfected over the roll of subsequent years the art of being impervious to the demands of standard commercial viability. Like the Sun Ra of canon-tinged pop rock – let’s, for the sake of rhetorical convenience, consider Moore’s league-of-its-own style niche as ‘British Invasion tweaked by a midwest American flange’ – our R. Stevie has contented himself with growing his minstreled career via countless self-produced, self-released albums and EPs and cassettes – somewhere north of 400 at last estimate – all largely outside the clawing machinations of ‘the industry.’

A strategy of necessity at the very beginning, it no doubt dawned quite early on the young RSM that the quality of the songwriting spilling through that ceaseless wave of product, infectious idiosyncracies and all, was a sufficient enough calling card in itself to ensure his reputation preceded him. Thus, with the help of that healthy persistence and persistent good health – ‘RSM’ may as well stand for ‘Rock Solid Metabolism’ – Moore wandered with haste into his current status of incomparable DIY legend, a one-man contagion of joyously relentless hooks and not infrequently ebullient melody, even if, with a matching frequency, the sentiments astride those hooks and melodies can easily tend toward the slyly antisocial and sarcastic (ref. Make It Be‘s first track “I H8 PPL” – “no exceptions” – for a neat summation of this, shall we say, ‘jocular curmudgeonly’ persona).

More often pairing with a collaborator for singles and 12″s than full LPs – the small handful of which up to now includes Dave Gregory and Jad Fair – it’s not only not a great surprise that Moore has allied with Jason Falkner to be his next pop partner extraordinaire (it’s no stretch to imagine either Paisley Undergrounders The Three O’Clock or 90’s indie-poppers Jellyfish as R. Stevie’s backing band a la the Posies as Chilton’s Big Star), it should also shock a negative number of people that the resulting effort is a sheer, giddy triumph of deliriously off-kilter singer-songwriter power pop that manages the tricky business of twining the two credibly legendary strands of cult-adored DNA into a conjoined monster of faultless, 70’s-kissed American rock’n’roll. Indeed, one only need (if one’s in a hurry, say) cozy up to Make It Be‘s initial troika of bleeding-together tracks to confirm that appraisal.

The textese-titled opening salvo mentioned above could in fact be Big Star on a cheery merry-go-round of rollicking misanthropy, exhibiting a similar level of that Ardent breakneck restraint that left us breathless in the first place. A synth then takes our ticket and ushers us in to the Falkner-sung, Moore-composed (in 2006) “Another Day Slips Away” that, aside from extolling the virtues of living for the moment, also invites us to listen as the Beach Boys play a little Game Theory with the Raspberries, not something we’d set out wanting to hear but end up quite grateful nonetheless. That that tasteful remoulade leaks and morphs into the dextrous ramalama-lite of “I Love Us, We Love Me,” the prototypical Stevie lyric – lustrous, indefatigable, and ultimately healthy pop self-idolatry – lends concise, flowing proof, if any were needed, to the punk Santa-looking gentleman’s irrepressible prowess.

While a true collab in every other defined way – Falkner and Moore jointly produced and are responsible for every noise the album makes save Aaron Roche’s trumpet on the strikingly playful take on Huey ‘Piano’ Smith & the Clowns’ “Don’t You Just Know It,” equal parts jukebox pastiche and ramshackle homage – writing-wise the bulk tilts Moore-ward, meaning essentially a melee of syncretic pop varietals, an unsubtle indications, as all his records are, that the guy’s a voracious repository of late 20th c. popular music and all the influences that accrue. Like a rock’n’roll Whitman, the dude contains mulitudes, evidenced here by that trio of starters (for starters), the punky post-Adolescent “Stamps,” the (from 1977) exuberantly maladjusted first segment of (sound-it-out) “If You See Kay/Run For Your Lives!” that suggests the Zombiefication of – who else! – GBV, showing that same kind of crafty zest as turned by the hand of an offhand classicist. Then, with “Play Myself Some Music,” comes the inevitable return of the Brian Wilson-via-Todd Rundgren mojo, possibly this album of gem’s most affecting gem, glowing from the inside with a melancholy light.

But of course what’s plainly extraordinary here is, despite Moore’s long experience and the command that’s thus developed, the tracklisting – that Huey Smith and a few spoken-word or guitaring interludes aside – is a flowing parade of continuity. Without the song credits published inside the cover you’d lose every bet you made as to who wrote what or whether in partnership or solo, the pair’s 16-year age difference melting invariably into the common bubbling stew of pop rock hook and seduction. The Byrds-play-nightmare lounge of instrumental “Gower (Theme from a Scene),” “Sincero Amore”‘s lilting downtempo almost-ballad that sports a melody as lush and natural as anything in the Fannies’ repertoire (while adding, what the heck, some crying George Harrison guitar inflections cuz why not), even the synth-peppered technoid diversion “That’s Fine, What Time?” that somehow sounds like Kraftwerk if they’d come out of Rockford Ill – and contains the album’s choicest lyric: This is my time / for the tight-lipped move-along look – all of them, though written together, could have been penned alone by either. Such is the unforced dovetail nature of these two talents that the lone Falkner-only composition, “Horror Show,” that finds the Who moving out of the way for the Move, distinguishes itself by being indistinguishable from the excellent whole.

R. Stevie Moore’s story has been one of uninterrupted heydays piling one atop the other with no time for creative dips (Slumps Are For Chumps is my nomination for the man’s eventual monster box set), a tale of endurance and, frankly, an incorrigible intelligence (ie ‘pop suss’) that an ever-dwindling precious few others can match. It’s listening to Make It Be that one realizes that Jason Falkner is one of them.