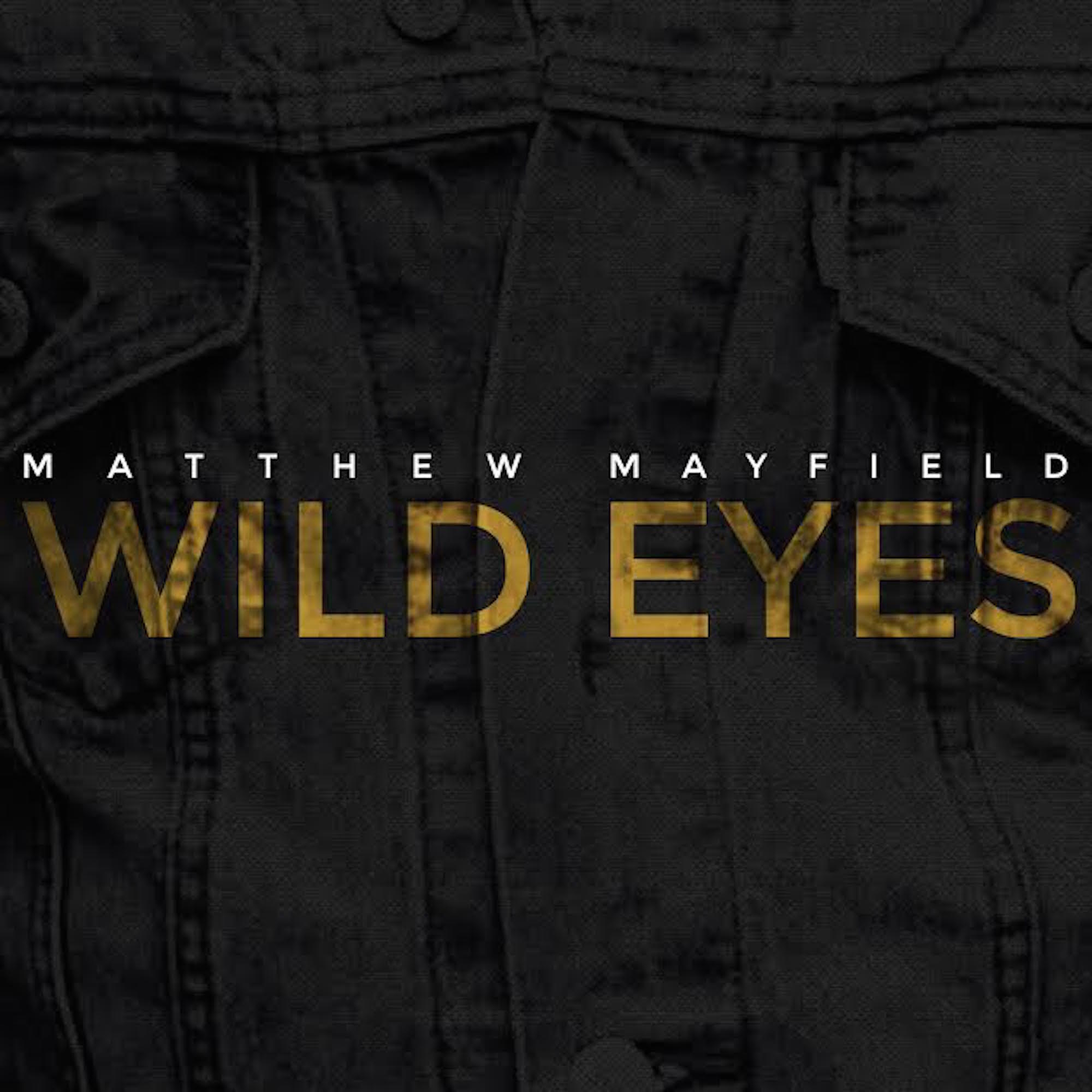 Matthew Mayfield is an easy guy to pull for.

He’s a prolific genre-jumper whose emotive vocals deploy as much discord as they do beauty. Mayfield burst out of Birmingham, Alabama fronting the major label rock outfit Moses Mayfield. Their 2007 debut LP The Inside was a critical smash and featured several un-missable tracks including, “Fall Behind,” “Element” and “Ceaesfire.” While Moses Mayfield didn’t last, it did serve as a launch pad for Matthew as a solo artist. The guy has an unbelievable amount of strong releases to his credit, including his particularly winning 2012 LP A Banquet for Ghosts (don’t sleep on this record, it will break your heart).

Currently Mayfield is touring in support of his newest solo record Wild Eyes. This album showcases his tireless pursuit to explore new and different places–both emotionally and sonically– for his songwriting. It also features Mayfield’s ability to sing beautiful duets–“Why We Try” with Chelsea Lankes is revelation. Mayfield also recently released an EP called Croquette with his band The Blue Cut Robbery. The band, made up of Mayfield’s buddies, is blues rock perfection a-la Black Country Communion.

We count ourselves lucky that Matthew agreed to sit down with us and talk about all things…Matthew Mayfield.

Stereo Embers: The Inside is still spun regularly at the Stereo Embers office. Can you take us back to what that experience was like for you? Looking back now, how do you conceptualize that period of your career?

Matthew Mayfield: Man, that feels like another life. We were young and green when we got our record deal with Sony, but we worked incredibly hard on that record.  I’m still really proud of a few of those songs. I’ve definitely grown as a writer since those days, so some of it feels a little bit like seeing pictures of yourself in middle school when they pop up on shuffle.  That 2004-2007 period was a lot of paying our dues and watching the major label castles start to crumble in front of our faces.  I’m grateful for that experience now because I learned so much about not buying into all the bullshit and the empty promises.  If you wanna make a living as an artist, you gotta grind and work hard for it.  It’s a blue collar gig.  It’s a shame that label politics got in the way of the record, but I’m thankful for the experience and for the lessons I learned during that period of my life.

SE: What can you tell us about the writing and recording of “Fall Behind”?

MM: It’s funny…that song was actually a last minute tune for the album.  The label pulled the classic “we don’t hear a single” move and I took it really personally. Being an overly sensitive 22 year old at the time, I was like “Oh you don’t hear a single?  Well HERE’S your big anthemic hit rock song.” Once again, I’m thankful for that push they gave me – I wrote “Fall Behind,” “Control,” and “Wait My Turn” in a couple weeks and we cut them in Los Angeles as last minute contenders for the record.  “Fall Behind” is a song about the journey and all the question marks that come with it.  Since we were in a pinch for time and our drummer wasn’t in L.A., we had Matt Chamberlain (Tori Amos, Pearl Jam) come in and cut the drums.  He’s such a monster on the kit and I was a bit starstruck having him in there knowing he’d shared hotel rooms with some of my heroes.  Of all the songs on the Moses album, that’s probably the one I’m the most proud of.

SE: Artistically, you’ve seemingly never been afraid to explore new territory. Most of your solo output is folky and acoustically driven. Was that sound easy for you to find after being so entrenched in the heavier rock of Moses Mayfield?

MM: I always try to do something new and keep it fresh creatively.  Some folks make the same record over and over again and for me that sounds like hell.  I see a lot of myself in someone like Ryan Adams – someone who’s never afraid to go to extremes from album to album.  After the band broke up, I was writing lots of acoustic-guitar driven songs.  I wanted to strip all the production away and see how the tunes held up with a more bare bones approach.  That’s what my first solo EP was – taking a step back and letting the songs do the talking.

SE: We are huge fans of your voice; both the power and uniqueness of your tone are incredible! Did you come up emulating any particular singers that you see as influences in how you approach your music as a singer?

MM: Thanks – I appreciate the kind words!  I’ve never really considered myself a singer.  It was always guitar first, songwriting second, and the vocal last.  I started singing because I had to.  I was writing all the songs in the band I was in in high school, but I let someone else sing them.  When we split up, I had that “Oh my God, I’VE gotta be the one to step up to the mic now.”  It was scary at first, but as I’ve grown, I’ve learned my voice pretty well.  Just like any singer, I think I’ve got bits and pieces of all my influences tangled up in there.  Everything from Peter Gabriel to Springsteen to Eddie Vedder.  I don’t think I found my true voice til the last few years.  It’s a process … you’ve gotta dial it in.

SE: Crowd finding has become an extremely popular way for artists to engage their fans in collaborating on new music. As you’ve been very successful in using this platform in the past – how did you make the decision to give it a try?

MM: I think it was 2010 and my manager at the time (Brian Klein) called me up and told me about this new thing his friend Benji had started called Pledge Music.  It was still a small operation but it seemed like a perfect fit for where I was at the time.  I’m so glad I got in on it, because each one of them has been a huge success.  I am so grateful to have fans that are passionate about the music and willing to contribute their hard-earned money to make the album happen.  It’s such a beautiful, full circle experience for everyone involved.

SE: A Banquet for Ghosts is a tremendous album from start to finish. It’s a spectacular accomplishment. While it’s a career standout from a songwriting perspective, it also contains some of the most emotional vocals we’ve heard from you. Was that a particularly special project for you? What do you remember about recording songs like “Carry Me” and “Always Be You”?

MM: That record was by far the most personal one I’ve made to date.  It was also pretty effortless…it sort of gave itself to me.  I was going through a lot in my personal life at the time and the songs were spilling out left and right.  I think we started with close to twenty tunes and had to whittle it down to eleven.  “Always Be You” is one of my favorites – it was a super pure process.  I cut the guitar and vocal at the same time, which was tricky bc it was a 12-string and I didn’t have much experience with them at the time.  Paul [Moak], the producer, pulled me in the control room and gave me a good “you got this” and it was off to the races.  90 percent of that record was recorded completely live.  I did “Carry Me” the same way.  I wanted that song to have more texture than my original demo.  It was on the ‘maybe’ list for me but Paul fought hard for that one to make the album and I’m so glad he did.  I love the way it turned out.

SE: Your newest solo record,  Wild Eyes, represents another shift sonically for you. Did you set out to make a drastically different record?

MM: The goal for me was to strip the guitars back a bit and see what would happen to the melody if we explored some new territory in terms of sounds.  Since I write the majority of my songs on guitar, I wanted to see what would happen if I put it down and sang the vocal on top of a beat and a bass line.  Like I said earlier, making the same album over and over sounds like my worst nightmare, so it was a thrill to test the waters and try something new.  The truth is that a great song is a great song whether it’s played on a synthesizer or a ukelele.  For me it’s all about marrying a great melody with a powerful lyric.  That’s the challenge I’m constantly up for taking on.

SE: You cut most of  Wild Eyes in Los Angles with Bill Lefler. How does the experience of being a transplant in a different city affect your recording process?

MM: It’s funny you ask – because it changed everything.  I love making records in Nashville, but there’s a very different, very exciting energy in L.A.  Lefler is such a talent and has more energy than anyone I’ve ever worked with.  We worked every day I was out there for two and a half weeks and I never got tired of it.  It was so exciting to play with new toys and discover new ways to merge the organic elements with the electronic ones.

SE: You just released a riff-heavy rocker of an E.P. with a band called  The Blue Cut Robbery. What’s the story behind  Coquette and the band itself?

MM: Well, I suffer from a pretty severe case of musical bipolar disorder and it’s no secret I’m a rock guy at heart.  I’ve spent a lot of years crafting songs and trying to capture the beauty in them.  The Blue Cut thing was just a plug in, turn up, and go for it mentality.  I’ve known all those guys for a long time and when all these rock songs started coming out, I knew exactly who to call. We did it all live to tape, no click track, all the amps in the room with us…the way our heroes made records.  Led Zeppelin wasn’t worried about making something perfect.  They wanted it to have soul.  So we took some cues from that world and decided if we can’t play it together in a room, it’s not worth chasing.  It was hands down the most fun I’ve ever had in the studio.  Four of my best friends in an environment that feels like a second home?  I’d do that every day if I could afford it.  I hope some folks will appreciate some proper rock’n’roll in a fairly rock-less music scene.

SE: The music industry, as a working model, has been completely deconstructed. How have all the changes influenced how you approach your career?

MM: I’m constantly learning to adapt and evolve as things continue to shift.  I’ve learned so much having seen it go from huge deals with insane budgets to a smaller, more humble industry.  I just try to take it all a day at a time.  I’m constantly questioning myself and often have doubts about the music, but having fans that truly care and are passionate about the art form is something that’s undeniable.  I couldn’t be more thankful for that.