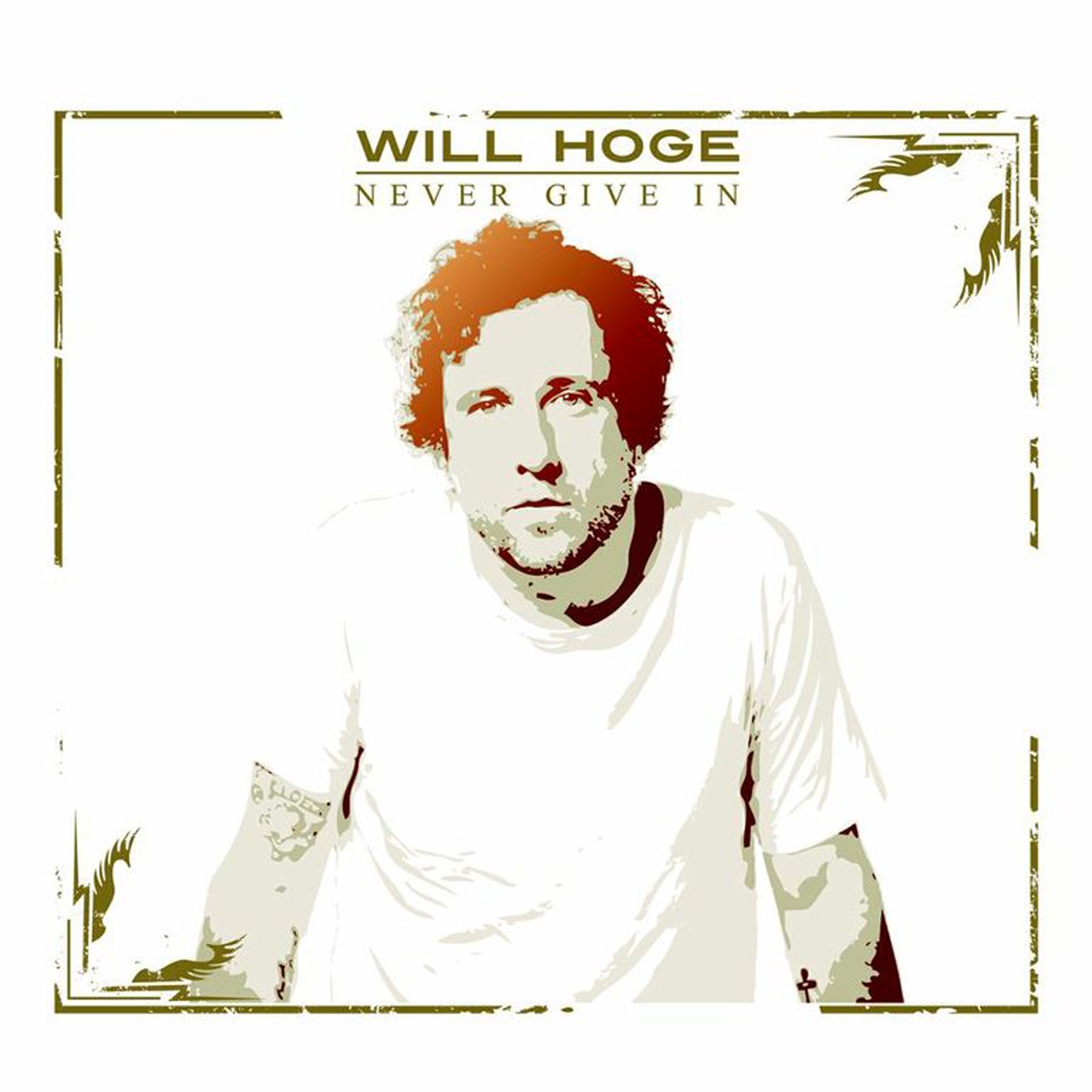 Will Hoge is not playing around.

He’s also not mailing it in, and he’s not giving up.

Hoge has worn his heart completely on his sleeve for years and bled on every stage from San Francisco to Maine. A cynic might label the title of his new record Never Give In to be a little sentimental or  syrupy but they’d be way off the mark.

Hoge is the consummate rock n’ roll prophet who’s been spreading his message since the mid-90’s. He’s a road dog, taking stages large and small, leaving crowd after crowd breathless. He’s an underdog. His albums have always been critically lauded, but very little commercial success has followed. And he’s a survivor. In 2008, he narrowly survived a scooter accident that left him broken, temporarily blinded, and near death. Hoge is the genuine article. As much Tom Petty as Otis Redding.  As much The Beatles as Hank Williams.

He plays rock and roll the way it’s meant to be played, but rarely is. Seamlessly combining all those original, basic ingredients–R&B, soul and country–it could be argued that his fusing of musical styles has cost him in broad appeal because sometimes labels can’t sell artists who don’t fit into perfect little packages. In 2003, Hoge released Blackbird on a Lonely Wire on Atlantic, which featured an astounding duet with then label-mate Michelle Branch called “Baby Girl.”Although the record was well received, he was dropped. 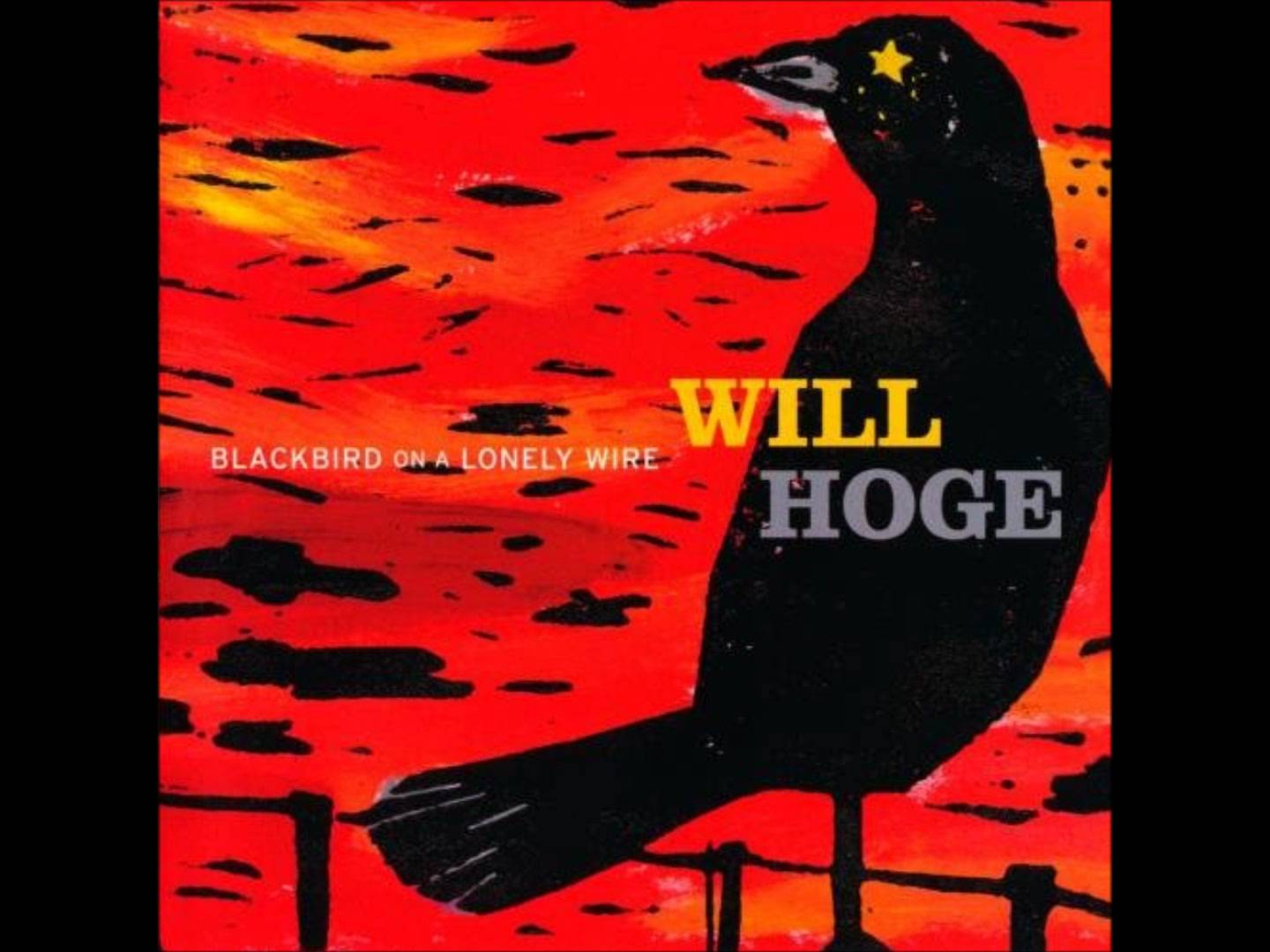 But he pressed on, which is what you do when you are Will Hoge.

His steadfast fury has resulted in plenty of success lately. In 2012, he received his first ever No. 1 single, for Eli Young Band’s “Even If It Breaks Your Heart,” a song he co-wrote with Eric Paslay. The song earned Will a Grammy Award nomination for Best Country Song, along with CMA Award and ACM Award nominations, which in turn, have made him into one of the most in-demand songwriters in Nashville. For their No. 1 album Golden, superstar trio Lady Antebellum chose to record Will’s “Better Off Now (That You’re Gone).” You’ve also heard his new single “Strong” playing under a national TV ad campaign for the Chevy Silverado. The song contains straightforwardly unabashed lyrics like:  “He needs to move something, you can use my truck/He’s an overtime worker when the bills pile up/Everybody knows he ain’t just tough/He’s strong.” It’s quite a powerful combination, those lyrics delivered by one of the finest voices you are likely to hear in today’s auto-tuned panorama. Hoge has lived it and you can hear it all over his records. Hoge’s ninth effort Never Give In is another varied collection of tunes, veering from Stones-y rock ’n’ roll to Glen Campbell country.  All of the songs are soulfully sung by an undaunted artist who is proud of where he’s ended up while being painfully aware of where he’s been.

Stereo Embers is ecstatic to feature Will Hoge in The Screaming Life, as we sincerely feel that he’s a guy you should know much better.

Stereo Embers: Both yourself and your brother Josh are fantastic singers–what was your mother feeding you guys growing up? Which artists did you guys bond over as kids?

Will Hoge: Thanks. We actually had completely different influences musically growing up and still do. We bonded over music in general but the differences shaped each of our sounds.

SE: How did the Chevy commercial come about?

WH: I worked on that song with my cousin, Zac, and Ashley Gorley one day. We did a work tape and turned it in to our publishers. Within a couple days, we got a call that an ad agency loved it and then within a day or two another call that Chevy really liked it. The rest is history.

SE: Licensing and songwriting have become powerful avenues for artists such as yourself – especially considering you are an independent artist who has recently started his own label. Is it difficult deciding which opportunities to pursue vs. the ones that come along that may challenge your integrity as an artist?

WH: Honestly, no. It’s been easy for the most part. I feel like I’ve got a decent gut instinct that I try to always follow.

SE: You have built a career on soulful records and fiercely passionate live performances: what message did you intend by naming your dynamic new record Never Give In?

WH: “Never Give In” is one of the tracks on the album and to me it represented the project as a whole. My career has had its fair share of ups and downs and through it all this has been my motto.

SE: Do you think your unique ability to successfully explore a variety of musical styles has helped or hurt your career overall?

WH: Probably both in some way. Haha…

SE: You have recently found great success beneath the umbrella of country music. Was that a purposeful move?

WH: Not a purposeful move. I feel like everything I’ve done musically is a natural extension of who I am, where I am. I feel incredibly fortunate that the country family has invited me under their umbrella.

SE: You’ve persevered through some really difficult challenges over the years.  Do you find it coincidental that you are now experiencing some of the biggest successes of your career?

WH: I just feel incredibly fortunate to have the ability to share my music, tour and do what I love.

SE: What message do you have for those struggling to achieve their dreams?

WH: I think I already wrote that song….”Even If It Breaks Your Heart”…