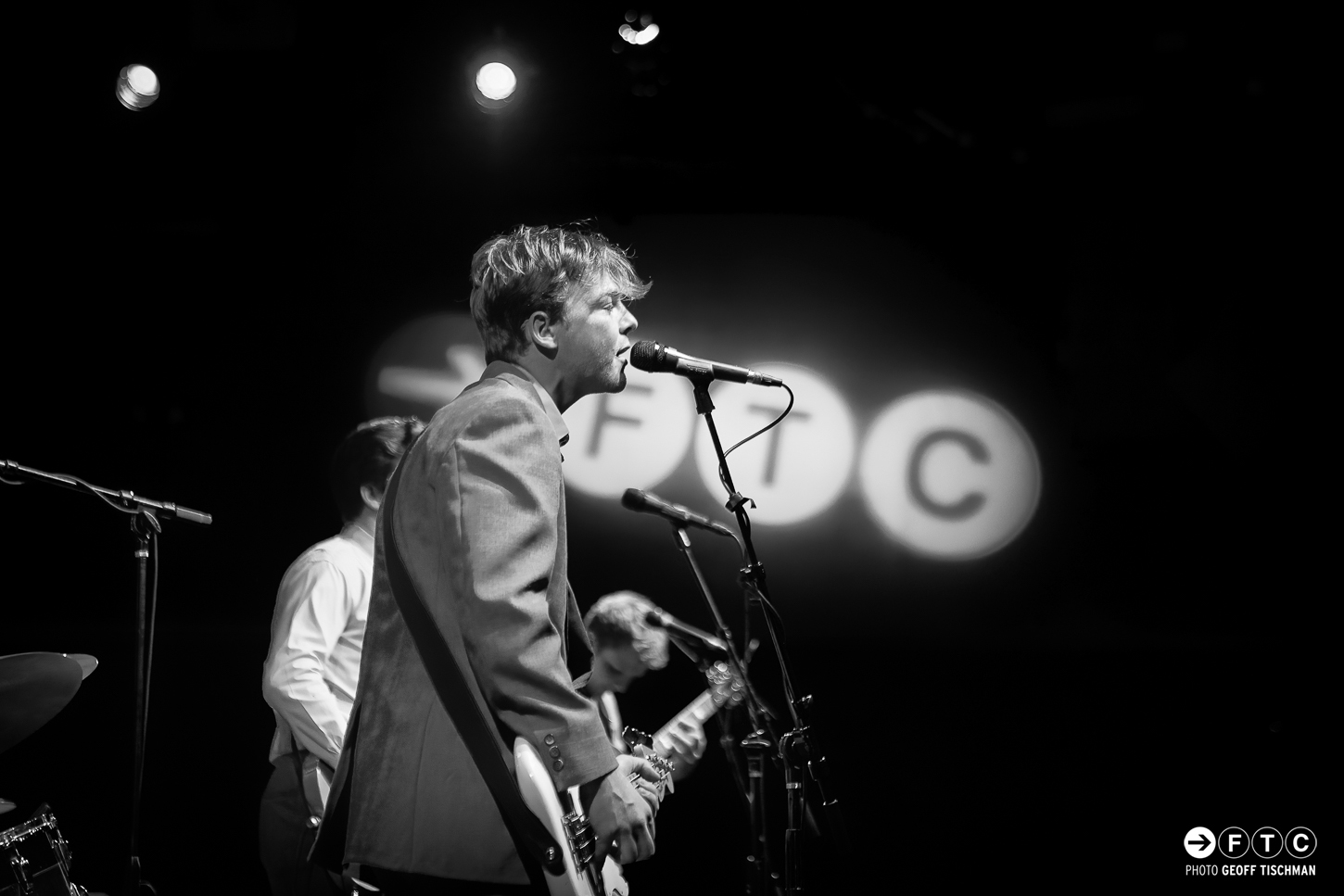 All photos by Geoff Tischman

The sharp-dressed gentlemen (how else does one dress when opening for the elegant and inimitable Nick Lowe) of The Televisionaries were equal parts charm and propulsion at the Fairfield Theater Company. They rocked, and they did it sweetly (again, how else does one rock when opening for Nick Lowe?), and if this were 1987 they would be my new favorite four-piece – the list of things I heard during their set includes The Blasters, Marshall Crenshaw, Buddy Holly, The Housemartins, The Kooks, Santo and Johnny, The Stray Cats, The Surfaris, 1950s Elvis and of course, Elvis Costello and Nick Lowe. They even played an instrumental! This is a vinyl band, the perfect blend of surf guitar, rockabilly, honeyed mid-century pop and garage rock. They’ve got two songwriters and they’ve got the songs.

The crowd loved it, and the boys left the stage to sincere, sustained, well-deserved applause.

The Televisionaries are one of a number of great bands on a Freehold, NJ, label Hi-Tide Recordings, whose roster includes Beachcombers, The Jazztronauts, The Manakooras, The Volcanics, Shorty’s Swingin’ Coconuts and The Surfragettes.

Check out their website, www.hitiderecordings.com, and if you’re on the East Coast, check out the label’s event page.