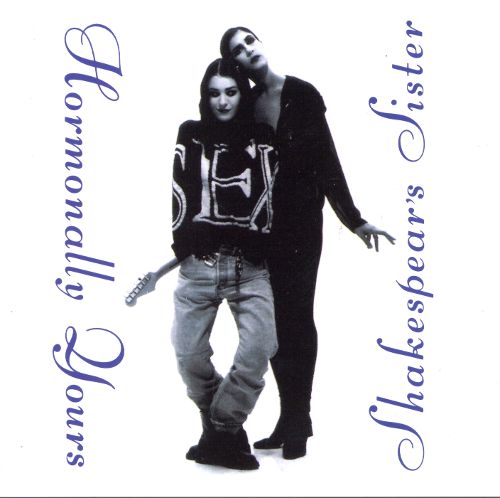 Shakespeares Sister are back.

Although it’s been nearly thirty years since the duo of Siobhan Fahey and Marcella Detroit made music together, the group’s new single “All The Queen’s Horses” sounds as fresh and vital as ever.

Originally intended to be a solo vehicle for Fahey in 1988, the addition of Detroit was a prudent one, and the artistic union found Shakespeares Sister putting out two albums that went straight to the top ten.

While Fahey was well known for her work with Bananarama, Detroit, whose real name is Marcy Levy, wasn’t as much of a household name.

But she certainly should have been.

Levy co-wrote “Lay Down Sally” with Eric Clapton and had also done songwriting for Chaka Khan and Patty Weaver.

Shakespeares Sister put two records out with just Fahey in the band, as she and Detroit had had a falling out and were no longer speaking.

All that’s changed now and with fences mended, the group’s new single is a startling return to form. As for the creative reunion, Fahey told the NME that things just fell back into place. “We had no expectations,” she said. “And it was just the most easy, flowing, blissful week – we wrote two songs in four days that are just cracking. ‘All The Queen’s Horses’ was the first song we wrote together after 27 years – it’s like a creative juggernaut we’ve got on board again.”

The band have a greatest hits compilation out in July and an EP will follow in late summer/early fall.

As for the sound of the new songs, Fahey went on to say: “Well, Shakespears Sister has always been a melting pot of clashing influences so although Americana is very much the leading influence, we still have our older Tamla Motown, rock’n’roll and glam inspirations. It’s a real mixture.”

And to that, Detroit added: “…we very much feel like now is the right time for us. Music’s crying out for sophisticated pop with substance.”