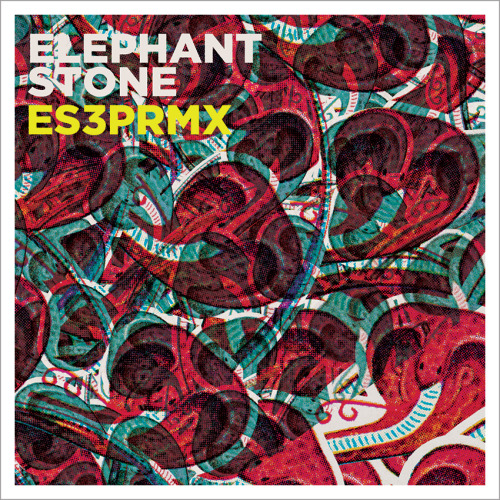 JM Lapham of The Earlies has taken Elephant Stone’s 2014 LP, The Three Poisons, in its entirety and remixed it as a single, 18-minute track.

Breathtaking and epic, the track – as if by magic – reveals the sonic subtleties that underpin the dense arrangements of the songs on The Three Poisons.

Commenting on his work in an interview with SEM, Lapham said:

I’m trying to find things that got buried or lost that could really stand on their own or give a different interpretation of songs.

I was imagining that I went to some crazy record store or junk house or warehouse and found some obscure record that didn’t have a label on there. And I put it on, and it sounded like some amazing lost record from the 60s.

So I was imagining, “What if this remix had said, ‘copyright 1968 or whatever’?” Imagine what it would be like hearing sitars and Beatles-sey drums and synthesizers and crazy echo sounds.

I’m trying to re-imagine this for that sort of concept – some undiscovered, weird gem that no one has ever heard of. I’m trying to create a new song out of it and give it a new concept, but also to pay tribute to Rishi [Dhir, the leader of Elephant Stone], what his inspirations were, and what he was setting out to do with his music.

Instead of going to eight with the psychedelic, what if we go to 10?

Forget all the pop hooks and all the beautiful song structures. What if we just took it and made it really freaky and weird? And maybe you’ll go back and listen to the album and hear the sounds that you didn’t hear before. It gives you another angle on the songs, so you have a new appreciation of them.

Stay tuned to SEM for a review of ES3PRMX; a posting of “Abandon,” the first new Earlies’ track in almost a decade; and an exclusive interview with JM.