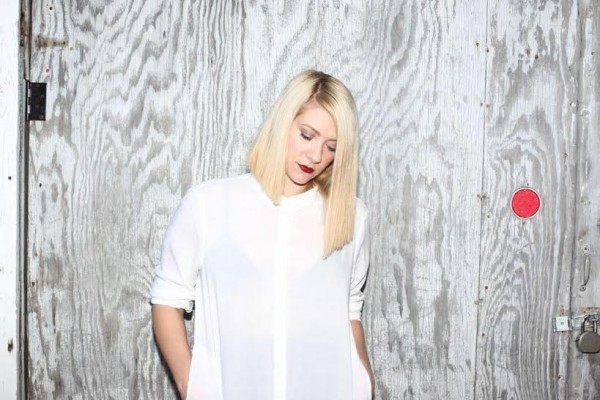 Mindy Jones’ Under the Covers EP is one of the nicest surprises of the Spring.

Jones – who is well known for singing with Moby and collaborating with Daniel Ahearn on the duo DA & The Jones (whose album, Sirens, was one of the strongest of 2014) – has created a five-track EP in which she uses her tremendously expressive voice to make the songs her own.

4. “In the Air Tonight” by Phil Collins;

Please enjoy reading our interview with Jones about her Under the Covers project, as well as a link to “Stayin Alive” (which appears at the end of the interview). And be sure to catch Jones at The Holloway in Los Angeles tonight (April 13, 2015) for the Under the Covers release listening party. 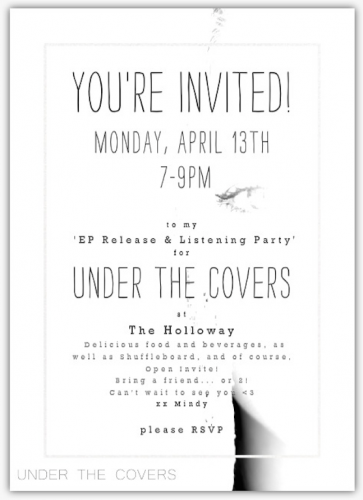 SEM: Why did you decide to release an EP of covers?

MJ: It’s actually really funny… I needed to learn Ableton Live because it was the only program I had and I had never used it before. So I figured it would be easier to do covers than trying to write songs AND produce them at the same time. I guess that’s not THAT funny (laughs).

SEM: All five of the songs were originally sung by male artists and have masculine signifiers. What do you add to these songs as a female interpreter of them?

MJ: I like it when men sing woman’s songs or do fast songs slow and vice versa. I think it gives a totally new take on lyrics, meaning, and emotion that you may not have considered before.

A song is just a bunch of words and melody put together… it can be interpreted in a thousand different ways. 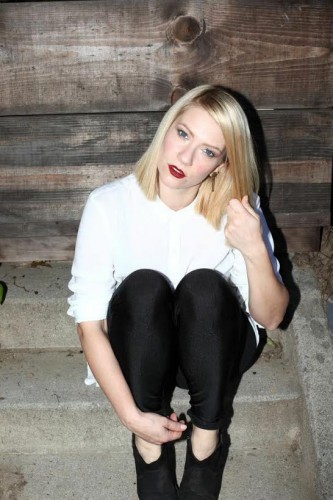 SEM: One wouldn’t automatically associate you with Danzig. What do you like about Glenn’s music?

MJ: (Laughs.) I admire his passion… his intensity. I don’t know if there has ever been anyone quite like Glenn Danzig or ever will be… I thought it would be fun.

And it’s just a beautiful song.

SEM: Why did you choose “Mother” above all of Glenn’s other work?

MJ: Honestly, it’s just my favorite. I remember thinking, “Wow! This song is bad ass!,” when I was little. And I guess I like the juxtaposition of turning such a hard song, soft. It changes the meaning.

SEM: How did you arrange the vocal lines on the track?

MJ: I just opened my mouth and that’s what came out. Honestly, I didn’t think about it much. If it sounded good, I kept it and moved on.

SEM: You transform “Stayin Alive” into an emotional ballad. How does the mood you craft affect its meaning?

MJ: This was such a fun song to record. It was a last-minute decision and took me the least amount of time. Probably about 20 minutes!

Have you ever listened to the lyrics? It’s pretty bleak for such a fun, upbeat song – “I’m going nowhere. Somebody help me. Somebody help me” – I mean…I thought it would be cool to showcase the vulnerability in the lyrics of this song that get lost in the disco. 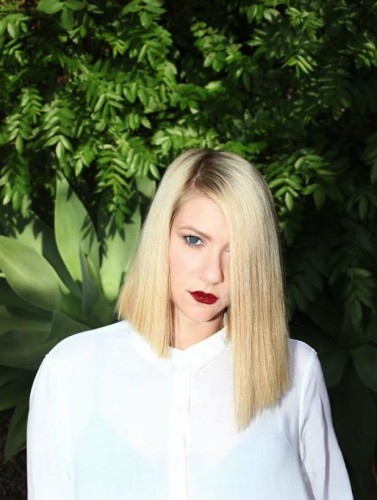 SEM: Pixies have always seemed to me an “un-coverable” band. But you provide an intimate take on “Where Is My Mind.” Please talk about the musical arrangement – it’s stunning and anthemic.

I tried to make it a little different with the iconic Kim Deal “Oooo’s” at the very end.

SEM: In comparison to the other tracks on the album, “In the Air Tonight” is a pretty straightforward cover. Why did you decide to keep the song so close to Collins’ original?

I heard this song for the first time as a child shopping for new shoes for school with my mom, and I remember every moment of it. I was so blown away. It is such a classic and has stayed with me all these years. Phil Collins is a genius. I hope I did it justice.

SEM: “Whole Wide World” by Restless Eric is a cool choice. Why did you give it a gospel feeling?

MJ: This was a collaboration with my friend, the amazing musician Rich Jacques. We recorded it in an afternoon, and all I can say is it just felt right.

SEM: How did you discover the song?

MJ: I’ve loved this song for years. I can’t really say when the first time I heard it was, but I’ve always felt a connection with it. I mean, it’s so beautiful and literal and only has two chords! Two!

MJ: Thank YOU! Such a pleasure.