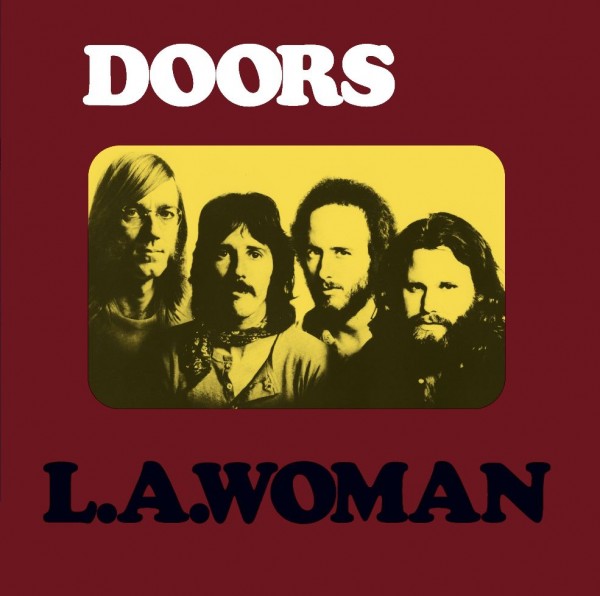 A week ago, SEM had a contest to discover what was our fans’ favorite Doors album. The winning contestant had to make an argument about why the album they chose was The Doors’ best. Mike Madden made the most compelling argument and, in so doing, earned the right to tell our readers why L.A. Woman is The Doors’ strongest album. Mike’s comments are below. Do you agree with him (and Doors drummer John Densmore, who’s made a similar claim)? – Ed.

L.A. Woman stands up as The Doors’ most enduring and cohesive album. It’s driving and contemplative, fierce and soothing; it’s funky, jazzy, and poetic. Most importantly though, the album is a lethal injection of the blues; it reminds us of our physical bodies, compels us to live in the physical space of this world, suggests that the metaphysical is not always enough to sustain our earthly vessels.

The push-pull of Jim’s ominous lyricism, Robby’s riffs dancing like birds on a wire, and Ray’s eerie, carnivalesque organ create some of the band’s most dynamic songs in their entire catalogue. Meanwhile, John Densmore fills in the gaps with precise, pulsating rhythms to keep the listener’s eye focused on yellow lines while she speeds down the highway, as Jim’s howls and yelps leap off into all directions.

L.A. Woman is meant to be played in a car loudly. Opening track, the funk-blues number “The Changeling” serves as the band’s blooming into a less metaphysical space: Jim compels the listener, “Watch me change!” He is no longer the Lizard King mystic; he’s moved through some space back into a reality, concerned with the arduousness of living and breathing.

Jim isn’t out to shock, as he did in the epic final track on their eponymous album, in which he recites, “Mother, I want to fuck you” – he’s morphed into the “Crawling King Snake,” and his intentions are less oblique, easy and clear. Mythic, yet tangibly dangerous, “Riders on the Storm” takes us on a nightmare trip across America’s desolate highways. Filled to the brim with electric whiskey, “L.A. Woman” lays down the tracks for the wandering, quivering soul in the city of night. “Been Down So Long” reminds us that we are meant to move, to drive, to dance, to get funked up; that without the body, there is no soul.

At their best, both music and poetry immediately arrest the listener. On L.A. Woman, Jim trades in the esoteric philosophy of earlier albums that requires unpacking and lets the listener understand his world through the use of skin and bone metaphors that, in our humanness, we can all relate to. The band channeled that intimacy into one of the best blues albums of the twentieth century. Throw on L.A. Woman the next time you’ve got a long, open road ahead of you. And feel it fill your body up.