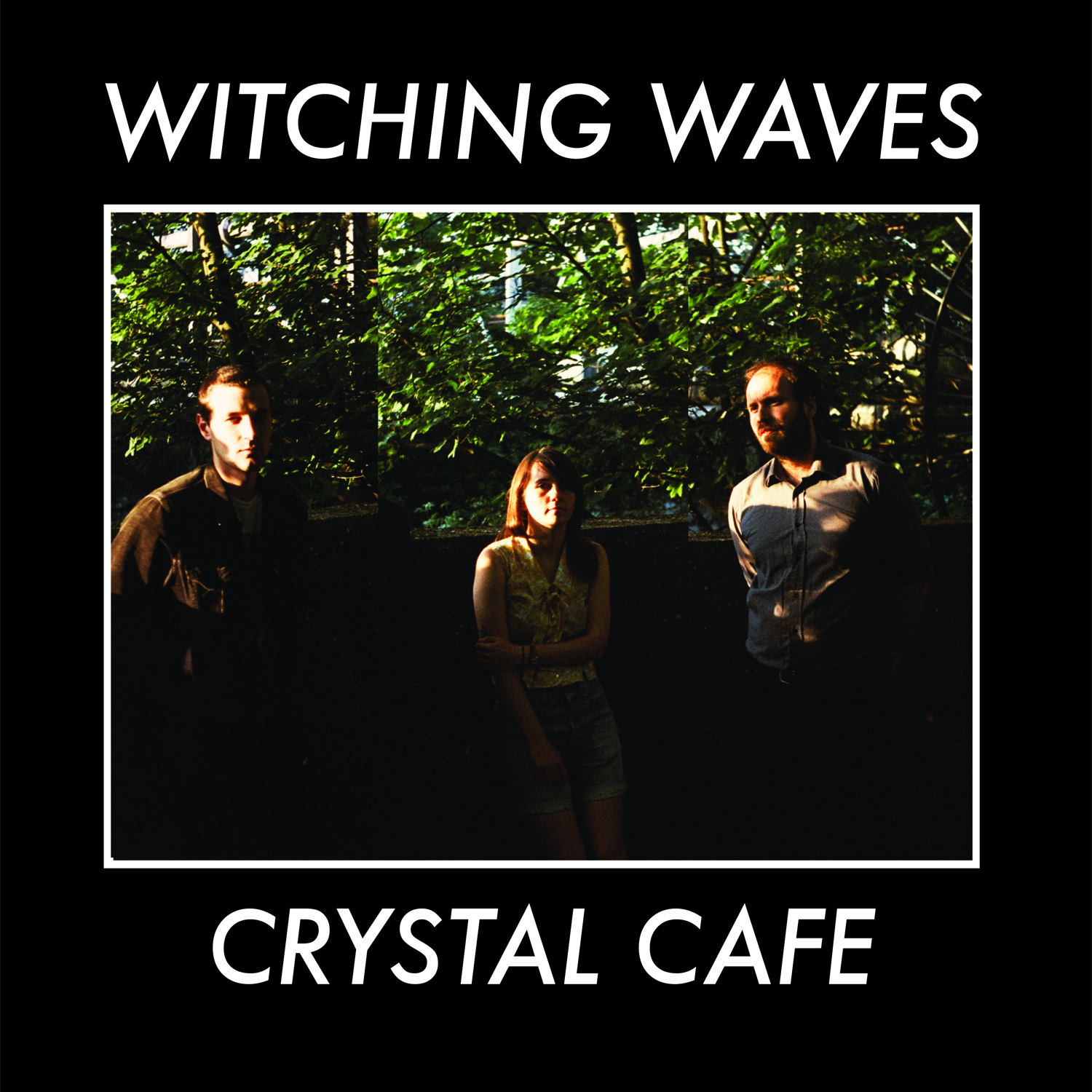 These being the days they are, where every man woman child and mother in the indie world are clambering onto a bandwagon laden with carelessly spangled neo-lysergic tropes of every dredged-up variety, its understandable that one could hear the band name ‘Witching Waves’ and be immediately beset by mis-impression, ie assume them to be some sort of, I dunno, wiccan psych or whatever the hell. With great concision of purpose Crystal Cafe, at least as much if not more forcefully as did their 2014 debut Fear of Falling Down, answer any such presumptuous errancy with three simple words: Wrong. Wrong. Wrong.

A mercilessly basic trio – Emma Wigham, Mark Jasper, Ed Shellard – punching their way out of London, theirs are not the type waves that roll in pacific and pretty but more the pounding crashing kind. Now you might want to think – and I nearly wrote these words without qualification – that WW have seemingly jumped out of a Nuggets (UK-style) garage and landed in the second decade of the new millennium but, accurate as that may be in some respects – the drive, the unconcern for studio trickery or effects of any kind, just their overall ‘tude – it too lazily overlooks the raging modernity at the heart of this album. Sure, there’s some amp-scarring buzz, there’s some frayed and righteous fuzz, more than a little tumble and roar, and I’ve little doubt the band themselves would mind being thus categorized, but the fact is Crystal Cafe is steeped in 21st C. seethe. 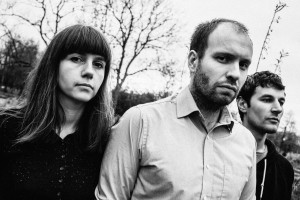 “Seeing Double,” kicking at the pricks of its own youthful frustrations, unsettled, anxious, emerges from a pinched-nerve wince of feedback to tear its anxieties to shreds amidst a kind of guitar-led charge of the dark brigade, its innate paranoia met with a petulant unflinchingness and I think we can call that a draw. “Pitiless,” while attacking (or so it appears) the zombified slicksters that now roam our streets in heartless droves, gentrifying everything that falls under their gaze, does so with a savagely melodic charm, its hook relentless like power pop gone feral, still tightly coiled and all but abrasive in all the right places. Needless to say it’s not a love song. Nor, big surprise, is “The Threat,” which at times suggests to your swooning correspondent a touch of that Opposite Sex album from a few years back (see also the quirkier poppier “Make It Up” and opener “Twister”), boasting that same kind of breathlessly hurtling-forward rhythm and zestful, pop-tinged incorrigibility though here, of course, we’re redder of claw and fiercer of heart. Nor is “Receiver,” another buzz-sawing rama-lama stab at dissecting that universal twenty-something stew of doubt and yearning, ennui and isolation, choosing as its weapons of expression the fusillade rhythm of the Undertones (at their rawest earliest) and the snarled energy of the Stooges.

In short, what I’m sorta saying here, folks – and not to put too fine an edge on it – is that this is punk rock crucially hooked inside the careening corpus of a rock’n’roll sensibility. Jasper’s riffage is healthy, the customary structures are in place – these are all very well-built songs – Shellard’s bass is most often a rumbling menace in its own pocket, but regardless the venom inside the vulnerability is unmistakable. When Emma’s on the mic her tone tends to fall between ‘composure kept’ and a pissed-off panache, sounding certain of herself in an uncertain world, or to put it another way, more Damned Damned Girls than Dum Dum Girls (“Pitiless” even reminds in its racing finish of Arctic Flowers), while Mark’s vocal takes hew toward a sense of desperation, there’s an impatient persuasion straining inside his voice as it crackles with the absurdities of life and a simmering disbelief that said absurdity isn’t obvious to everyone with a couple of brain cells to rub together. So, yeah, don’t get psyched out over their band name. This is, I repeat, punk rock, not by design but because it can’t help but be. Anger (or hurt, or alienation, or…) is an energy, and Crystal Cafe brims with it.