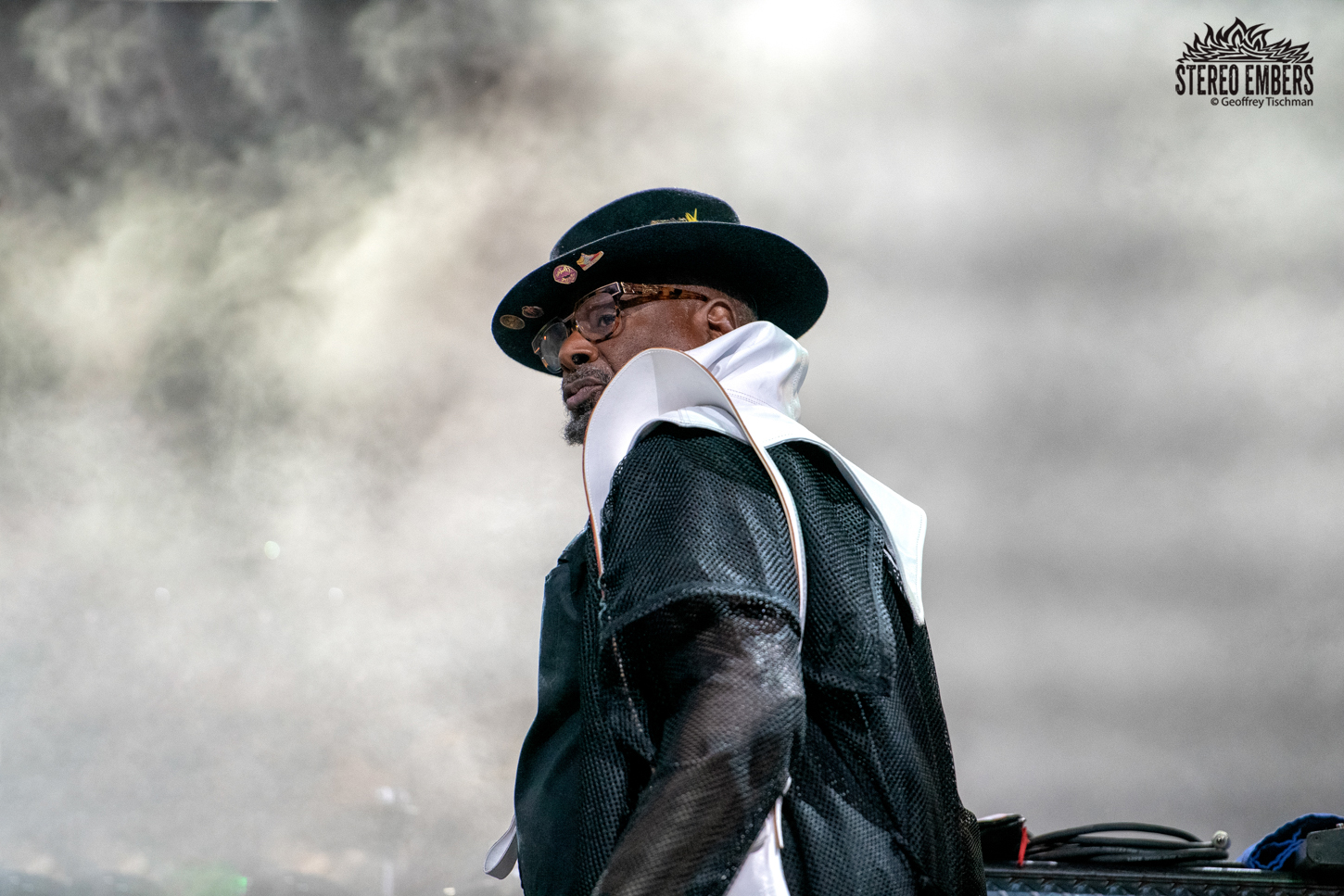 Although Spike Lee was to helm the film, the rumor is that Bogart’s son insisted on parting ways with the director.

Lee may no longer be involved, but the cast remains mighty: D.L. Hughley will play Bootsy Collins, Jazmine Sullivan will be portraying Gladys Knight, Kenan Thompson will play Berry Gordy, and Jackson is teed up as Clinton.

Spinning Gold will be produced by Laurence Mark (Dreamgirls, The Greatest Showman) and filming will begin in Montreal in mid-July.

In other George Clinton news, the legendary 77-year-old Clinton, who’s place in music history has been firmly secured for decades now, really has nothing left to prove. The Rock and Roll Hall of Fame inductee is one of the most inventive and treasured musicians of all time.

But after fifty years of touring, the North Carolina-born and New Jersey-raised Clinton is retiring from the road and his valedictory One Nation Under A Groove tour has a few more stops.

“I would love to keep on doing this but I’ll be 78 in a few more months,” he recently told Rolling Stone. “Even though I feel like I’m just getting started, the reality is the group needs to go ahead and keep it going. We’ve got a new vibe in the band, and they’ve been carrying it for the last three years. I’ve been up there representing for people, but they’ve actually been turning the place out. And we’ve been selling out for the last five years, every night.”

One Nation Under A Groove Tour