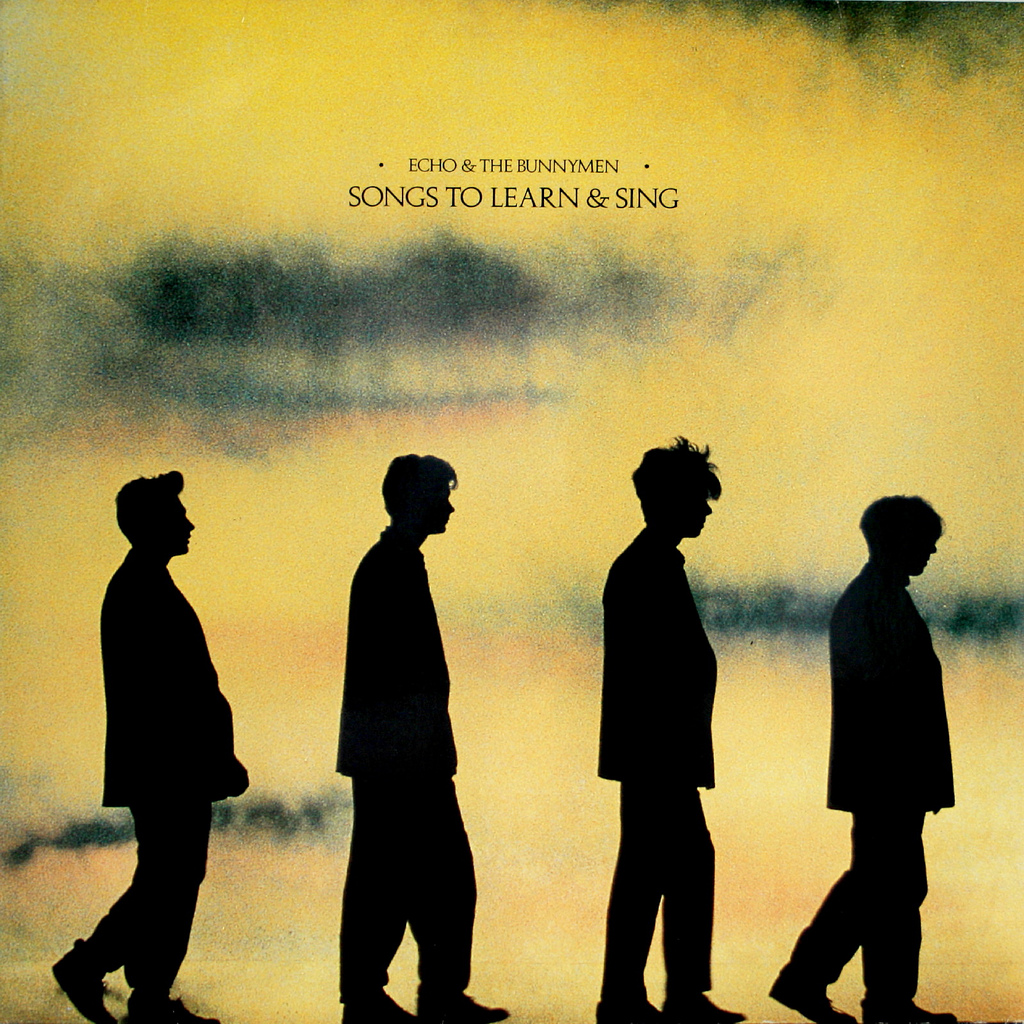 When Lou Reed dreamed up “Heroin” for The Velvet Underground sometime in mid-60s’ New York, his protagonist (I refuse to call a narrator in so much existential pain an “anti-hero”) traces the life that he would have led had history not had him in its clutches: “I wish that I was born a thousand years ago / I wish that I’d sail the darkened sea / On a great big clipper ship.”

For Reed’s protagonist, as James Joyce’s Stephen Dedalus says in Ulysses, history is a “nightmare from which [he’s] trying to awake.” But for Reed’s heroin hero, a drug dream that brings on visions of himself as Odysseus (the Greek name for the Roman hero, Ulysses) plunges him into a past (Homer, in the Odyssey, famously writes of the “wine-dark sea”) that never existed.

Heroin and drug-fuelled nostalgia are the only options for a pitiful man, whose heart (pounding to the beat of Moe Tucker’s primal drums and scarring to the screeches of John Cale’s electric viola) closes in on extinction with each shot up the dropper’s neck.

Ian McCulloch, whose birthday is today, once made a 12-inch single with Echo & The Bunnymen. The band’s 1987 cover of The Doors’ “People Are Strange” (which appeared in the film, The Lost Boys and the 1991 New Live and Rare EP) was the “A-side,” and Doors’ keyboardist and songwriter Ray Manzarek produced it. 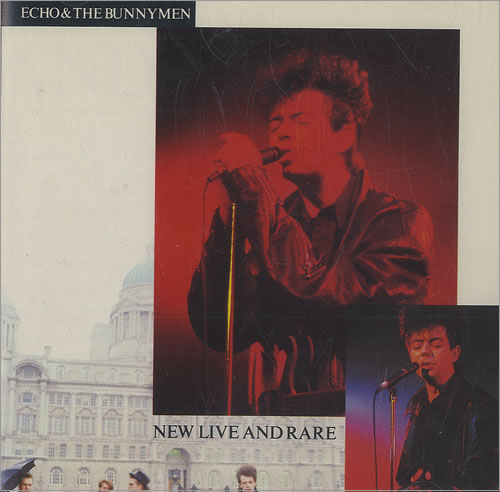 But it’s Ian and The Bunnymen’s decision not only to cover “People Are Strange” but also to include live takes of “Run, Run, Run” by Reed and The Velvet Underground and “Paint It Black” by The Rolling Stones on New Live and Rare that provides insight into how McCulloch saw (and continues to see) himself and his role in rock and roll.

An artist’s choice of covers often grants such insight – and the fact that Ian sang numbers written by Reed, led by a sitar riff composed by Brian Jones (who never got the songwriting credit he deserved), and filled with the Romantic observations of Jim Morrison plows an expressway to McCulloch’s skull.

Ian embodies the rock-and-roll soul of Reed, Jones, and Morrison. Like Reed, he’s the coolest and most intimidating guy on the street; like Jones, he’s a wunderkind of a musician, his inimitable voice just as expressive as the seemingly endless number of instruments the founder of The Rolling Stones could play; and like Morrison, his Romantic lyrics and crooning perfectly combine excess and restraint.

But Ian, unlike Patti Smith who very well knew she was constructing herself as an androgynous composite of bad boys like Frank Sinatra and Keith Richards on the cover of Horses, isn’t interested in postmodern pastiche.

No, Mac is interested in the purity of rock and roll – and Reed, Jones, and Morrison, even when they were at their most challenging and “experimental,” were just as earnest in their dedication. In fact, if you visit Echo & The Bunnymen’s Facebook page, you’ll discover that the band’s genre is “rock.”

Who better encapsulates rock and roll than Ian McCulloch? And I don’t mean “rock and roll” in the sense of the kind of passionless cock rock that became the rock-and-roll norm when Jagger and Richards fired Jones – or when a certain Jimmy Page decided that he wanted to form a band that cut their teeth on ripping off African-American blues artists.

Think about when McCulloch came on the scene in the early 1980s. Lightweights like Duran Duran, Culture Club, and a Police that had lost their edge by becoming Sting’s backing band reigned over the airwaves, just like Margaret Thatcher’s economic and foreign policies dominated England. And image was so important that video did indeed kill the radio star.

Sure, bands like U2 and The Smiths tried to respond to Thatcher and the hegemony of dance pop – and they did, but in a way that seems a tad predictable. U2’s music of the era fits in well with the social protest music of the 1960s – when my Dad first heard The Unforgettable Fire (1984) and The Joshua Tree (1987), he actually thought they were Bob Dylan albums – but now it’s dated to the point of being unlistenable. And yet – to this day – U2 remains one of the most popular bands in the world, perhaps due to their bombastic and downright pompous insistence that they’re the “best band in the world.”

The Smiths, who had the smarts to break up in 1987 and never reunite, have aged better. But a lot of this comes down to Johnny Marr’s clean guitar sounds and arpeggios that smack of the “timeless” chimes of The Beatles and The Byrds. On top of Marr’s chords, Morrissey wove brilliant melodies and even better lyrics, his singing almost incongruous with the arrangements his songwriting partner had concocted. But The Smiths’ knowing fusion of Oscar Wilde- and Lord Byron-inspired lyrics, 70s’ glam rock (New York Dolls were a prime influence), and 60s’ jangle pop was pastiche. And their attempt at a political album Meat Is Murder (1985) was their most uneven album. Their true political import was aesthetic, not vegan, rage: The Smiths’ angst-driven classicism stood in stark contrast to the dance pop that permeated the mainstream in the 1980s.

If you’ve ever read or watched an interview with McCulloch, you know that, to put it mildly, he doesn’t appreciate U2 and The Smiths. In a 2011 interview with Ireland’s Independent, Mac called Bono a “fake” – when he wasn’t referring to him by his nickname for the singer, “Nobbo” – and chided U2 for cynically and self-servingly trying to conquer the world and, especially, America. “Apart from The Velvet Underground,” Ian said, “I have no interest in American music.” He much prefers Ian Brown’s and Liam Gallagher’s swagger and rock-and-roll attitude – which Gallagher himself says he learned from watching McCulloch videos – to what he perceives as U2’s weak commercialism.

The Smiths don’t fare much better for McCulloch. He told Uncut in 2004 that “the idea that The Smiths were the most significant British band of the 80s is just soddin’ nonsense. I think they may have been significant to a few disaffected ugly people, but that’s about it…Sod off, Meat Is Murder. What a soddin’ paltry thing to say. I mean try tellin’ that to a cow.”

Now, is Ian just expressing sour grapes that U2 and The Smiths achieved greater economic success and popularity than The Bunnymen?

No way. It’s well known by now that McCulloch, as he told Spin in 2008, thinks that The Bunnymen’s 1984 release Ocean Rain is the greatest album ever made. In 2013, he gave the Guardian the reasons why Ocean Rain is the best: “When you’ve got the greatest songs in the history of time, the greatest band in the world and the greatest singer, you’re obviously talking about it as a masterpiece.” Better, Mac proclaimed to Uncut in 2008 that the Ocean Rain single, “The Killing Moon,” is the “greatest song ever written” and that you can listen to it instead of reading the Bible.

Of course, it’s impossible to substantiate McCulloch’s claims. But that’s not the point of this article. The point is that McCulloch made and continues to make these claims, showing the swagger and attitude that constitute rock and roll.

But you can contrast McCulloch’s statements to what Bono told Time in 2002: that U2 were “reapplying for…the best band in the world job.” According to his own admission, Bono and the boys lost it and had to find it again. Mac always knew he had it, and this confidence is the essence of rock and roll.

In other words, it doesn’t matter whether he believes what he says (but I bet he does) – or, for that matter, whether you believe what he says.

What matters is the relationship between Mac’s so-called arrogance and his work. And, when you listen to Ocean Rain or any Bunnymen album, you hear a poetic vulnerability and a voice that belie the rock star image (the black leather jacket and/or trench coat, cigarette, sunglasses, and stock-still stage poses).

Listen to the way in which Ian hits the high notes at the end of “Ocean Rain” (a once-in-a-lifetime moment of recorded music that unintentionally reveals how much Bono overuses his mannered falsetto). As Keats would say of McCulloch’s voice, “A thing of beauty is a joy forever.”

Listen to the way in which Ian goes into his lower register on one of the final choruses of “The Killing Moon,” pulling feeling from the innermost depths of his soul. 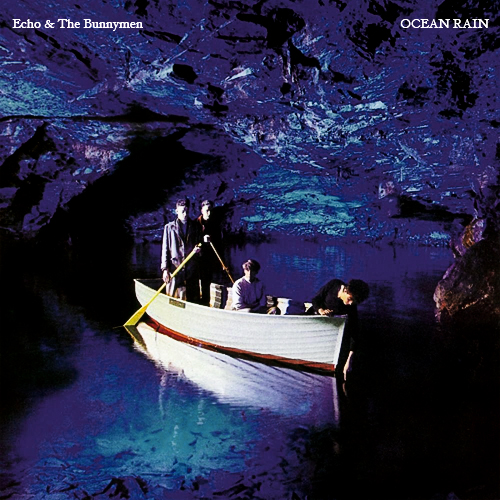 For that matter, listen to the poetry of love on “Crystal Days” and “Silver,” the introspection of “The Yo Yo Man,” and the exuberant release of “Seven Seas.”

“Seven Seas” and “Ocean Rain” – these are sea songs, just like Reed’s “Heroin.” But McCulloch’s songs aren’t rehashes of the protagonist of one of the most iconic songs by the one American band that interests him. They’re not escapist fantasies into nostalgia. They’re not street-wise observations. They’re Romantic revelations, showing the fragility of the poetic heart that beats just beneath the surface of that black leather jacket.

And last year’s stunning Meteorites shows that McCulloch is far from done singing his earnest lyrics in his inimitably expressive voice.

McCulloch’s swagger is the gateway to his heart. Happy birthday, mate.