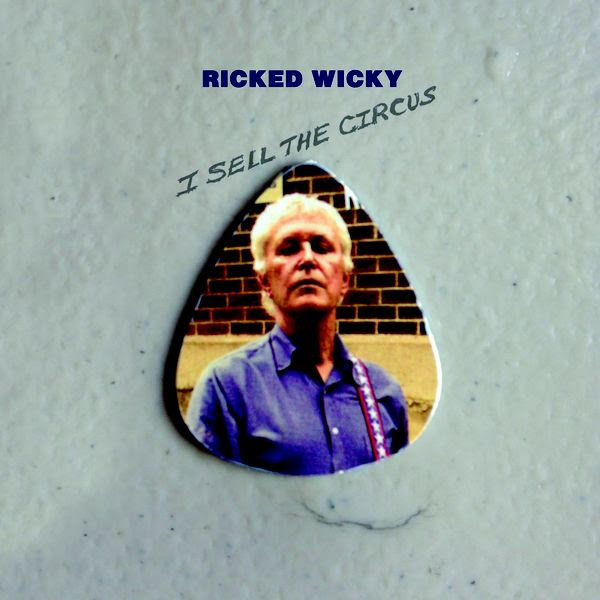 Though we’ve received conflicting reports of this album’s release, we’re pretty certain it’ll be available February 2nd and, according to new SEM writer Dan Coffey, it will most certainly find itself on that short month’s shortlist for album-of-the-month honors.

It wasn’t just the six albums and one EP that Robert Pollard released, starting in 2012 and ending earlier this year and featuring the “classic line-up” of the reformed GBV, that were lackluster; mediocrity seeped into the four albums he released under his own name during that time period as well. Sure, it was exciting to see Guided by Voices reunite, and… I’m going to stop right there because that story’s been written a million times. The important thing, as the new album by Ricked Wicky shows, is that Pollard has freed himself from the constraints of writing for a band and a style he’s outgrown.

If you haven’t heard or guessed by now, Robert Pollard has a brand new bag and it’s a band called Ricked Wicky (the first band name he ever made up when making up band names was one of his hobbies in high school). The album, I Sell the Circus, sees Pollard teaming up again with musician and sound sculptor extraordinaire Todd Tobias and rounding the band out with ex-Guided by Voices and Shudder to Think drummer Kevin March and guitarist Nick Mitchell.

The album is gleefully schizophrenic, going from all-out rock glory (“Piss Face”) to the introspective, even morose, but gently beautiful “Rotten Backboards.” Through all this, Pollard puts down some of his best writing and clearest singing in years, while Tobias toes the line that he’s been known to cross, and adds just the right amount of sonic texture to flesh out the guitar/drum/bass sound.

There’s only one throwaway track in the bunch – “Intellectual Types”. The rest are solid post-post-GBV songs that are as good as anything from the solo albums in the early 2000s. And when have you heard an instrumental acoustic guitar duet on a Pollard disc? I dare you to listen to the end refrains of the song “Uranus Flies”, where the titular phrase is repeated in an anthemic style without singing along, despite the obvious puerile humor. The fact that the rest of the song’s lyrics are quite serious only adds to the wink and nod.

With the last batch of Guided by Voices albums, I played them several times, giving them multiple chances to get under my skin. In contrast, I’ve been playing the Ricked Wicky album over and over. Seems I can’t help myself. Pollard’s back.