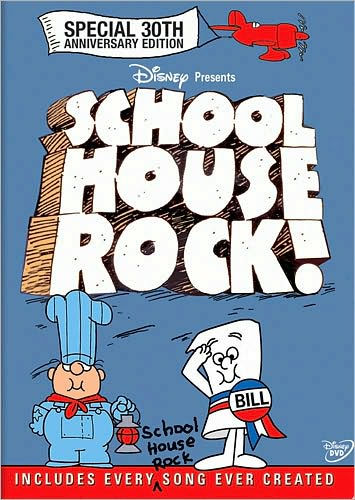 It was hard to miss him, that sad scrap of paper sitting on the Capitol Building steps.

A little boy wearing a red and white striped shirt noticed him.

And then the paper started singing his woeful tale in a big booming voice.

To the capital city.

While I’m sitting in committee,

But I know I’ll be a law someday

At least I hope and pray that I will,

But today I am still just a bill.

Bill continues his story: apparently people in his town thought something should be done about school buses stopping at railroad crossings. They contacted their congressman and he agreed with them. Something must be done! So he wrote a bill and introduced it into Congress. Thus the long limbo until our Bill becomes a Law.

I’ll cut to the chase–he does.

But let’s get back to that voice.

It belonged to a legend in the jazz world named Jack Sheldon.

The Florida-born Sheldon played trumpet for the Merv Griffin Show for years while also performing sidekick duties for Griffin as well. He also did occasional acting gigs, appearing on Petticoat Junction and Dragnet.

In 1976, Schoolhouse Rock was in its fourth year of trying to teach children between the airings of Scooby-Doo and Krofft Super Show. Jazz singers already performed on the series; Blossom Dearie had done the peppy “Unpack Your Adjectives” and the sublime “Figure Eight” while Bob Dorough (who had created the show) performed the quiet yet sweet “My Hero Zero.” This year they were doing America Rock. This was huge. This was the bicentennial year. They had to tell these youngsters about the history of America and break down how it worked, dagnabit!

Though Sheldon already had done one song for the franchise which he would equally be known for (“Conjunction Junction”), Sheldon’s take on the little bill that became a law became a classic.

For me, I might forget to take out the recycling or buy milk when I already have milk in the fridge, but by God, I know the chorus of “I’m Just a Bill.”

With “Conjunction Function” Sheldon gave voice to a little man with an oversized engineer’s hat. What was this little guy doing? Why, hooking up words and phrases and clauses. When I had to do a test on conjunctions in sixth grade, I silently hummed this song in my head while writing them down.

(I still got a C on the test. Still bitter.)

Sheldon also did the sprightly “Pronouns” “Prepositions” and “The Tale of Mr. Morton” for the Schoolhouse franchise, but “I’m Just a Bill” is the song that he is forever linked to. Saturday Night Live had Keenan Thompson playing Bill while the ACA bill was in flux; Jimmy Kimmel and Stephen Colbert both used the song to satirize goings-on with the Trump administration and Blackish did a parody but instead of a bill, he’s just a slave, waiting for the day he would become free.

The most famous parody came from The Simpsons, which Sheldon lent his voice to in 1992. Instead of a bill, he was an amendment to be, declaring that flag burning should be banned. The amendment is passed, and he declares, “Doors open, boys!” while other amendments start running up the steps.

No wonder Bart asked, “What the hell is this?”

I wonder how many social studies tests Sheldon helped kids pass? How many English tests?

All I know is the impact he left on my generation and generations to come remains massive.

He will be missed.