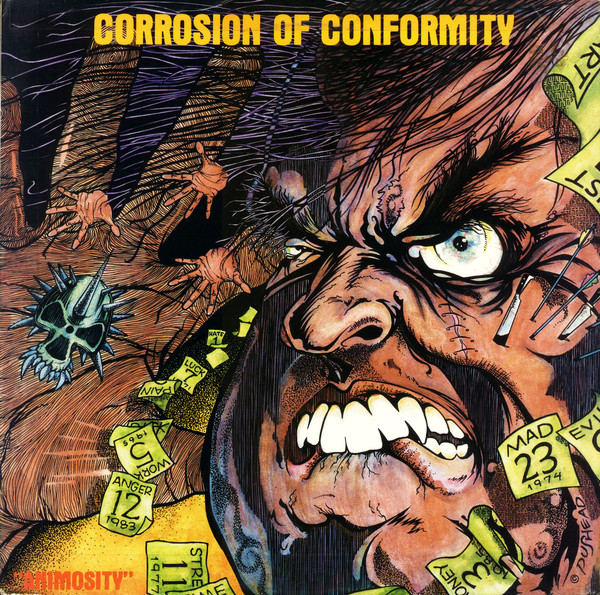 Drummer Reed Mullin of Corrosion Of Conformity has died.

As of now, the cause of death is unknown.

One of the founding members of the legendary Raleigh, North Carolina outfit, Corrosion Of Conformity played an adrenalized blend of thrash, hardcore punk and metal. Mullin was an athletic and muscular drummer, and he played with a perfect blend of musical dexterity and pure primal stomp.

Prior to COC, Mullin also played in the hardcore outfit No Labels.

Although Mullin left COC in 2001 because of a back injury, he remained active with other musical endeavors, including playing with Man Will Destroy Himself and handling lead vocal duties for the power pop band Brown.

Not only that, but in 2014 Mullin co-founded Teenage Time Killers with COC’s Mike Dean along with Dave Grohl, Randy Blythe (Lamb Of God), Brian Baker (Bad Religion), Corey Taylor (Slipknot) and Nick Oliveri (Queens of the Stone Age).

Mullin joined the COC fold again in 2010, but was let go during a 2016 tour after suffering a seizure brought on by the consumption of excessive alcohol.

COC posted a tribute to Mullin on Social Media, writing, “It’s with heavy hearts that we say goodbye to a friend, a brother and pioneer. Reed you are loved and always will be. Lets all take a moment…”