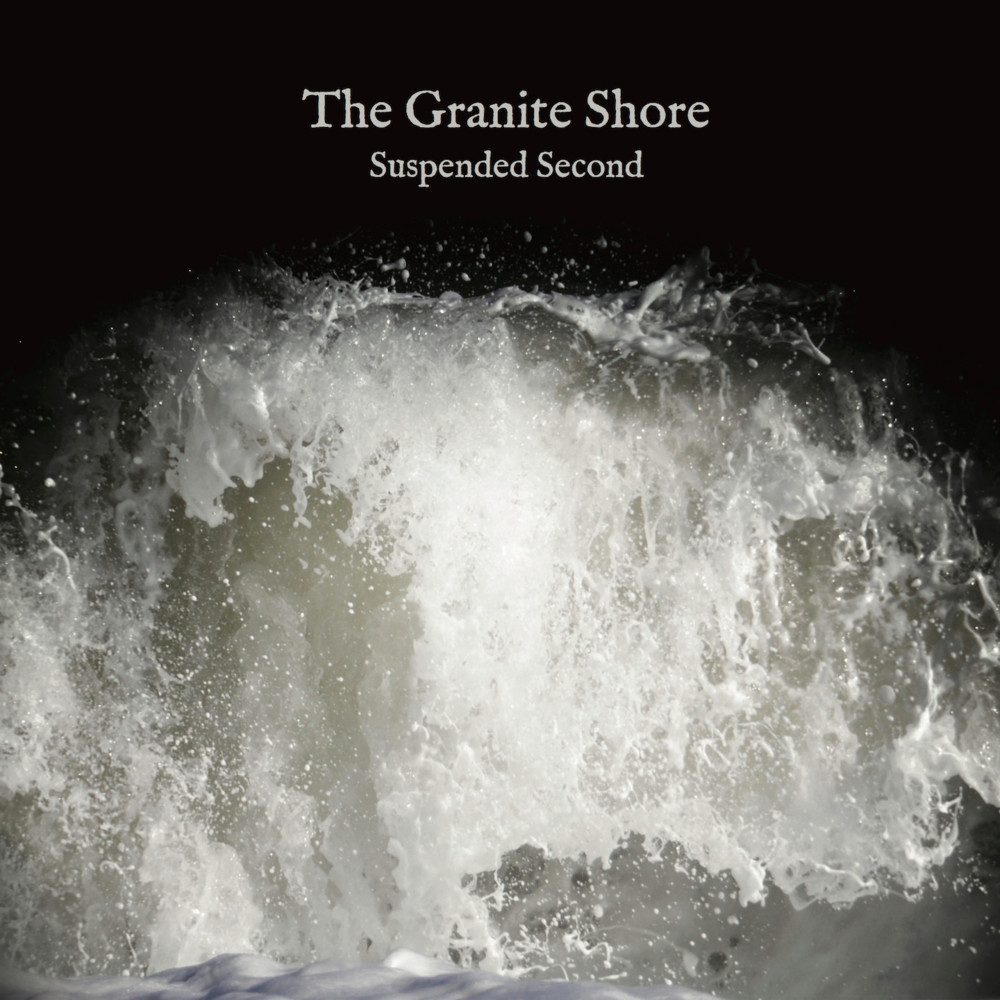 Reappraisal can be a painful business for some. After all, being locked in an orthodoxy, no matter how rigid, brings with it a safety and comfort. You, with all your mates, know where you stand, what you stand for, and who your enemies therefore are. To be forced to reconsider an opinion so long and passionately held it’s become an a priori life-confirming fact, a truth-tattooed-on-your-heart kind of thing, is to risk the psychic pain of rebirth that’s nearly akin to the physical that occasions actual birth. Best to just stay put, to know that what you know is right and proper and that those embracing a contrary view are wrong and those without any knowledge of it whatsoever are to be pitied. While certainly – and these days demonstrably – orthodoxies appear most rabid in the political and religious/moral tribalism asserting itself in every sphere, the grip of their power is possibly nowhere stronger than in the arts (Van Gogh vs Gaugin, anyone?) and particularly in the world of rock music and its many competitors (there are those for whom the disco vs rock’n’roll skirmish has never ended and jazzniks – though in diminishing numbers – will still tut-tut down their aquiline noses at the commoner’s caveman beat). Claim catholic tastes from inside the walled compound and risk the lash of the outraged, accusations of tasteless – or worse yet, effete – apostasy and near-certain excommunication. All of which is meant to bring us to the sparkling, twerking, Max Martinized elephant in the room: our long-troubled relationship to that too-easily (and too-often) lambasted leviathan, ‘pop music.’

Though it’s true that many music writers and fans, including this one, use the term quite frequently in some iteration or another, in those instances it’s almost always as a contextual referent, and meant, of course, to simply represent the far more loosely defined ‘popular music,’ a broad enough catchall that allows for any music created with the aim of finding, pleasing, and growing an audience to count as pop music. Of the several numbered definitions that might conceivably appear in a dictionary of common musical terms, this is the one we’re allowed to like. It’s the other type, the truly popular pop music that we’re talking about here, the type for which the historic apotheosis, casting its looming shadow over all that’s come since like a pop Matterhorn carved out of diamond, is – no drumroll needed since it’s so bloody obvious – ABBA¹.

Not so much bravely as inevitably, lifelong fan Nick Halliwell has fashioned his second album with The Granite Shore after Agnetha, Björn, Benny, and Anni-Frid’s none-more-influential sound that began conquering the world in 1973, drawing and unabashedly integrating their incomparable style vocabulary into his own Anglo-pop sensibilities, driving himself headlong in his own impeccable English manner straight into the heart of those pop-innovative song structures that defined the form forever after and have defied, since the very beginning, all attempts at easy dismissal. It shouldn’t work and in lesser hands it surely wouldn’t but on the slyly-titled Suspended Second it does, and gloriously. It’s a luminous affair. It is also, between the lines and behind the often unbearably lush arrangements, a somber one.

Hovering like a weight of sensed, unshakable extra gravity over Suspended Second‘s outwardly gorgeous proceedings, the crucible of absurdity that is Brexit exerts its dry but callous anxieties. That historic – and universally life-altering – blunder forces its way at least implicitly into every conversation held between singer and listener. It would seem unlikely that any intuitive artist could create work in the current atmosphere without noticing the clouds gathering above the dance hall², and Halliwell, as he’s proven not just with his work with The Granite Shore but as well in his efforts helping shepherd late career-capping efforts from the Distractions and Wild Swans, is as flush with the innate impulses that guide his chosen craft as any ‘rock’ composer you’d care to mention, be they named Wilson, McCartney, Wood, or, indeed, Ulvaeus. That may seem an inadvisably bold statement but fortunately for all concerned – Halliwell, the band, the record buyer and this writer – any suggestion that I just committed the crime of hyperbole withers before the evidence presented first by the ten tracks on 2015’s debut Once More From the Top and bolstered a thousand miles beyond doubt by the nine that feature here.

So, yes, much like ABBA albums, the luxuries of sound that permeate every hook and graceful turn on Suspended Second, that burnish all the sterling pop melodies this songwriter seems to conjure via some uncanny classicist reflex, are not intended solely to impress and seduce – though indisputably they do both – but as well to make more palatable the accounts of all-too-human anger, fear, and teetering anxiety they’re meant to address. They are, in short, the spoonfuls of sugar helping the bitter, unthinkable medicine go down.

That said, overtly gloomy this record is not, nor do its songs in word and setting all that blatantly focus on the painted-into corner the UK is bumbling its way further into every day. Musically, what sorrow you hear on this album most often wells up like shivers, the production – by Halliwell – ensuring the work has to it the aura of a brilliant, shimmering dolor, one that, with an obverse emotional logic, is curiously uplifting, minor chords plashing across the surface of this record like depressive sighs lost, despite themselves, in reverie.

That pull-me push-you internal tension, the dark the light etc, is, of course, the oldest trick in the aesthetics playbook and yet, even when attempted in a quote-unquote rock context, it is too seldom this well-balanced and very rarely accomplished to this depth. Beyond those subtle structural contrasts and the allusive lyrical remove – more on that in a bit – the most key, effective lever of this record’s quiet-but-crucial impetus is found in its rhythmic pulse. If “barely-veiled rage” were an established musical direction with its own Latin phrasing (vix ira opertum, according to Mr Google), much of Suspended Second would present as a case study.

From none-more-aptly titled opener “So it begins,” which, with its pummeling drum and bass, soft as warm flannel, racing alongside a synth’s distant vibrato string effect, applies a jazz restraint to a galloping pop song, to “Buyer beware”‘s mid-tempo take on the trap – and idiot’s delusional lure – of a false nostalgia, its fat blurry thud of bass more hounding than grounding, to, especially, “I suppose so” that, prior to its final two minutes providing the year’s most moving outro, lays its otherwise temperate – and achingly poignant – pop construct atop a gently seething undercurrent that brings to mind “Beyond Belief,” a trembling urgency ripples just beneath almost all of this album’s surface. The resulting visceral experience is a curious one, held as we are in a type of emotional abeyance, our nervous system more nervous than usual for reasons it’s hard to put a finger on. In a sense it’s as if the conflictual tensions mentioned above are in turn being triggered in the one listening to this record, an odd Pavlovian exchange wherein hearing outwardly exquisite pop songs puts one anxiously on edge. Call it a fraught bliss, call it ecstatic unease, but being unsettled to the core has surely never sounded this good.

“Outside, looking in” lures with its filigrees and finesse while its context is busy breaking your heart, its sense of sighing wistfulness – more of Arash Torabi’s almost too-tender bass, a sparkling dapple of strings, Halliwell singing as if adrift in a daydream – offset by a plunge into something far more ominous (if, naturallement, no less pop deft) and a chorus that might well be the record’s most ABBA-inflected moment. “Someone else,” lush with the sound of stippled harp and John Howard‘s grandly empathic piano fills, is a breakup song the implied magnitude of which far outweights the standard definition of such and leaves me, frankly, a little breathless. Then there’s “Where does the Sadness come from?”

Folding together the idea of an undying English resilience with a sighing acquiescence to the likelihood that such a thing might have been a mythical fallacy all along, or has at least been allowed to fade into a quaint, relic-strewn past, “Sadness,” built upon a cascade of timeless pop progressions – I’m no musician but there might just be a suspended second or two in there – and owning a chorus that would have Jeff Lynne lamenting his inadequacies, provides the album its valedictory heart. Halliwell, never more ruminative, sounds here at once both sturdy and vulnerable, filled it would seem with wonder at his own melancholy, the shock of its source refusing to wear off. A triumph under the shadows of a dark cloud, all the song’s elements coalesce into a single elegy of what’s being lost, a nation’s complicated but enduring spirit, shaped over millennia, being frittered away for what are, at even the most cursory historical glance, the pettiest of grievances.

And yet that track’s truest power – as is the case with all others on Suspended Second save closer “Commodities,” where the singer more readily shows his weary hand – may be the, again, finessed manner in which the situation that informs the tenor of this work’s narrative is handled, the lyrics, while emotionally pulling no punches, more often than not masking the fear and anger lurking behind them in metaphor and allegory. “There’s always one” is couched in language conflating the disintegration of a band with that of a romantic relationship, as is, a touch more obliquely, “Outside, looking in.” “Buyer beware” and “I suppose so” similarly mine themes of band – and individual – fallibility, while “Someone else,” the album’s most intimate cut, could be read as the plaint of a man clinging to his humanity in the face of an imminent divorce. And whereas any of these songs’ core motives could be revealed without much effort – their codes such as they are easily unlocked with the least twist of the Brexit key – the net impact of having them cast in the distressed textures of human experience is one of stinging immediacy. That they’re rich in literary allusion and are garlanded in ABBA-esque arabesques is an uncommonly generous bonus.

In the end, moving as this record is in all its pathos and subtextual grace, Suspended Second is also, with little argument, among the UK’s most important releases of 2017, a rather prosaic phrase that doesn’t address its dazzling dimensions, its sanguine wit, or its thoughtful execution that places it in the realms of both a ravishing pop accomplishment and a wholly realized work of art. But it doesn’t undercut it either, and the fact is, that importance is itself important, as the scarcity of voices responding to this slow-motion tragedy of political ineptitude combined with the hubris of the ignorant, be they in the pop idiom or anywhere in the arts (in the UK or the US), is its own crisis, one of dangerous inertia and distracted inaction. The silence, as they say, is deafening.

A final note: Halliwell and the rest of The Granite Shore – Howard, Torabi, Distractions guitarist Steve Perrin, Phil Wilson (of June Brides fame), and drummer Ian Henderson (Mr Fishrider Records himself) – would at this point wonder why Suspended Second‘s final two tracks, “The Performance of a Lifetime” and “Commodities,” have merited barely a mention. The reason is two-fold: their to-be-expected elegiac pull exceeds expectations to a point that whatever level of descriptive ability I might bring to bear would likely be over-matched, and, even if that’s a bit of weak sophistry, it nonetheless seems fair to allow the reader – and soon-to-be listener – their own moments of sublime (there’s no other word for it) discovery. Despite that, it seems, in all fairness, only right to cede the last words to the final lines of those two tracks, and we’ll let you suss out for yourselves their lingering resonance: from “Performance…,” what survives is love, from “Commodities,” We’ll remain.

[Suspended Second available here in all its splendid formats]