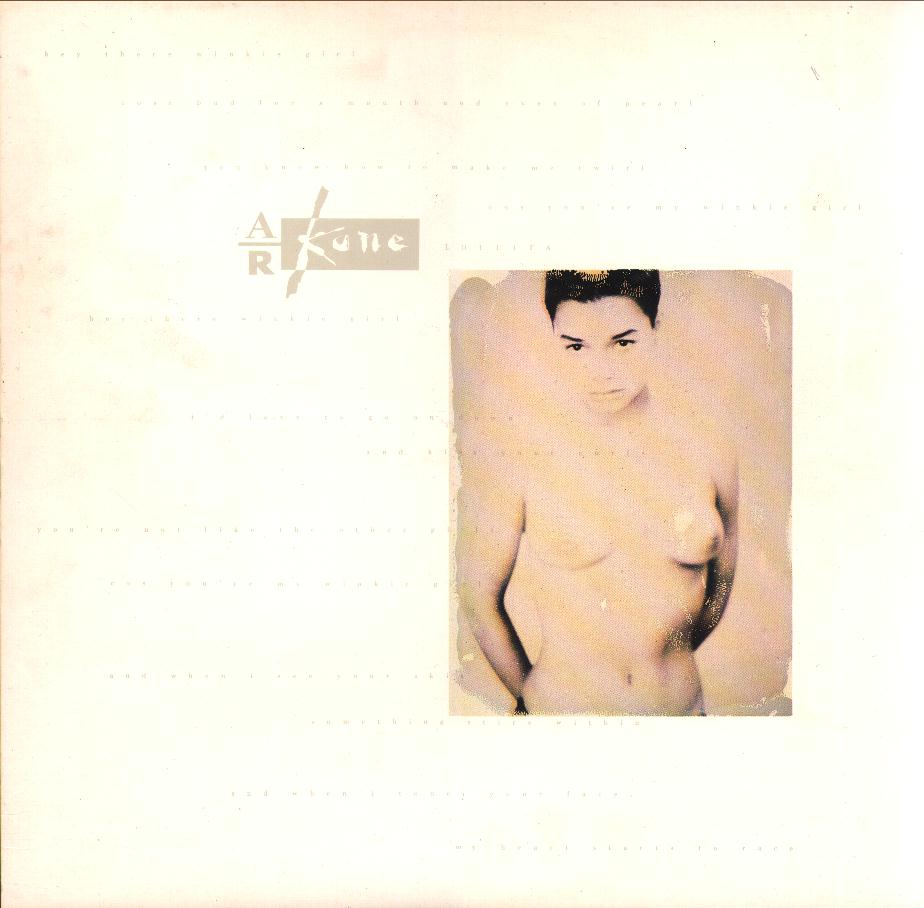 With the new year also comes reflection on the events that have happened over the past year. With all the hype that has surrounding the reformation and touring of such bands as Slowdive, Lush and Ride, some other very cool developments have received less attention but likely should be taken note of by lovers of these particular bands. For instance, the re-emergence of The Veldt, who released a new EP in 2016 and toured extensively, and the reformation and initial festival appearances for another forefather of the dreampop and shoegaze genres – A.R.Kane. You’ll definitely recall this name if you are a die-hard fan of 4AD or One Little Indian artists, or even if you happened to be more inclined to the dance/house music that they contributed to as half of M/A/R/R/S (remember that multi-country #1 charting hit ‘Pump Up The Volume’?)

This week, Stereo Embers had the pleasure of chatting with Rudy Tambala of A.R.Kane, who answered a bunch of my itching questions regarding the group.

Stereo Embers: You’ve just released a new remix of ‘Winter Tale’ by Ummagma. Can you tell us about that?

Rudy Tambala: I first heard Ummagma via my friends in The Veldt – I fell in love with the original mix of “Lama,” connected with Shauna [editor’s note: the vocalist of Ummagma], and things progressed from there. I wanted to work with them, not so much as a remixer, but rather, as a re-inventor; to take the voice and set it in a new space. Upon hearing “Winter Tale,” I knew this was the track, and I enjoyed the challenge – lose all existing instrumentation, keep only the lead vocals, keep them dry. I hear the song as an acapella, like a medieval madrigal, and I did not want to occupy the same melodic space as the voice, but create an asymmetric place of worship for it to exist in. It kinda demanded a more abstract, experimental approach, hence the ’69’ inflections. It took several revisits to get it to the place I was OK with. When Anita -my wife – and Louis – my son – gave me the thumbs up, I mixed down. Working this way is, to me, more akin to painting; it is much freer than the conventional, but still has a set of rules – less easy to define, more intuitive, maybe. The work has changed me slightly, changed the way I work –  returned me (reconnected me) to a Sun Ra period, or maybe the Basquiat/Pollack period; these were influences when making ’69’. I see more possibilities now for the things I’ll do in the future.

SEM: Now that you’ve wrapped up your 2016 touring season following your reformation, what are your reflections on your experiences in the places you’ve played this summer and autumn? Will you tour again in 2017?

RT: I always cringe when I reflect on past performances. It’s a funny thing; I can’t ever imagine playing live, in front of people. But I go through the prep and all that, suspending disbelief, keeping the anxiety at bay. Then, when on stage, and only then, it is the only place I want to be. Of the shows, I enjoyed them and hated them all, but in different ways. My faves are the smaller shows, as I think the 2016 line-up and set worked better, a more intimate vibe. Traveling around Europe was a beautiful experience–we met such amazing people, so full of love and intelligence, hard work and dedication. It is very humbling, and addictive. I have no concrete plans to tour, but a few embryonic ideas are starting to form around a wider project, so we will see. One thing I’d like to try is solo performance – just me, my machines, the audience, and a whole lotta noise. Small clubs and parties would be ideal.

SEM: Might you have any new material to tour with when that happens?

RT: I am developing a concept – working title “A.R.Kane Projects”-  part of this is to release some very lo-fi recordings, later to be played live, so yes, new material there will be. Over the past year I have ‘composed’ some new tunes – I have just started to separate them into like themes/styles, and I’m looking at how best to get them into the world. If ‘Projects’ picks up other artists, then I may go out live with them, that would be cool.

SEM: You produced a track for the most recent EP from The Veldt. Can you tell us about that? What else have you been working on?

RT: Those guys are old friends–they send me stuff, I send them stuff. They sent a few tracks last year and I did little home remixes – they have used one of the mixes so far. My son Louis- he’s a composer/producer too – he helped out with loops and drums, and features on the Electric Fur EP. I can see a big shift in their sound recently; more confident, more groove-based, and I like this a lot. I saw them play in London last summer – just two songs, but I’ll take the memory with me, to the grave and beyond. They are such cool cats. Cool as fuck. As said before, I am working in more of a ‘project’ mode, than as a band or song writer – this open up the creative space – it allows me to potentially work with numerous artists, as musician, performer, producer, label, and so on. Whatever works. Collaboration is easier nowadays, and I will do more of that. I want to play with a lot of stuff this year, and a lot of people and gear.

SEM: What is it like to be an indie artist once again after releasing music through so many major labels earlier on?

RT: We were always indie. Our labels had some major distribution deals, through Warner, but we never signed to a major. I am however now without even an indie label, so you might say I’m an indie human. It is quite strange being not only ‘off-label’, but being in this new world of crowd funding, social media, e-DIY, and so on, it is different to how it was back in the day. I try to focus on the need that never changes – creativity – and I think today it is far better for independently-minded creatives. The new fans I have connected with are so cool, and the original ‘Kaners are beautiful; this really has inspired me, and at times given me the energy to keep moving, forward.

SEM: How do you expect the scene / industry to develop over the next year? What are your own plans this year?

RT: I don’t know the scene, and don’t really think about the industry too much, beyond how do I create and get the creations out there. In a way, we all create our own industry, we are able to craft the industry we want, one that suits our needs and preferences – we control the channels now, because we are the channels. Pretty liberating. So, on that basis, I will see the rapid evolution of an industry called ‘A.R.Kane Projects’. Or to put it another way, now that we are post-industrial, and truly digital, I see a digital phenomenon called A.R.Kane Projects, hitting the world as a minimum viable product, and rapidly iterating into whatever makes the best sense. Fuck knows what that will look like, sound like, act like, or like-like.

SEM: Your music seems like such great inspiration for the work of videographers, yet I couldn’t really find many videos for your music online. Would you like to work with videographers in future?

RT: Videographers – yes, definitely. Originally, in ‘86/87’ I worked with video producers, back in the day when you edited using three, big-ass machines. If I have any regrets, it is not pursuing that line, it is a natural fit. I am keeping my ear to ground, and my eye to the sky.

SEM: A lot of shit has hit the fan in 2016 and it seems to be an international phenomenon. How outspoken do you think musicians and artists should be in our current disastrous political environment?

RT: Is it disastrous? I’m not so sure. Way back (1980) Alvin and Heidi Toffler – in Future Shock and The Third Wave – predicted all this disruption, conflict, confusion, and so on. We are – accordingly – in a transition from one type of civilization into another, where not politics alone, but all human endeavors will be dismantled, up-turned, shaken down, and re-imagined – and this was always going to be messy. All the movies and novels with a theme of dystopia, zombies, apocalypse … they are no coincidence – the old order is decrepit, and we need to welcome change, create change, shepherd it. Artists, musicians, writers, film-makers … they herald the new, they must be the fore-runners, those that create an image of something positive and plausible, feasible, viable … an image of a world, one the doers can then go on to create. And today, we all can be. As musicians and artists, we each think, feel and do, according to our own unique point-of-view, and hence nothing can be prescribed by another. The beauty of being in the creative arts is that we are free to imagine, to tell stories … not just to comfort, but to indicate a way forward, a way to live, to be. I got really sucked into the negative media vortex last year, I hope to avoid that now because it is a poison, and also avoid being reactionary and overly partisan. Personally, I think something new is emerging, something that will connect us as people, as a species, a new set of somethings that have not existed before on our planet. I have seen it. I am optimistic, without caution.