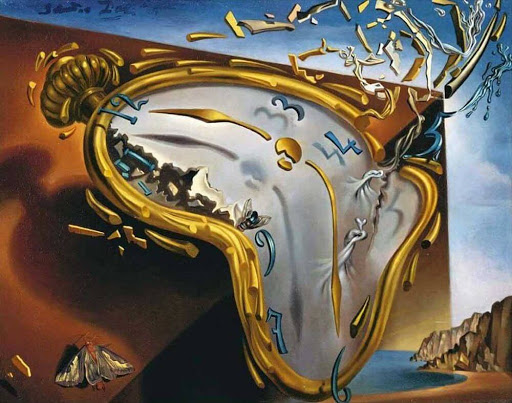 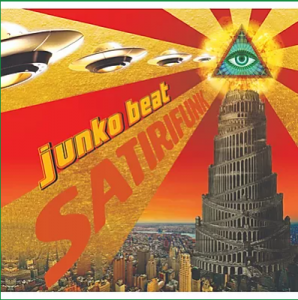 If there’s one thing that can be said about funk – and there are, needless to say, countless things that could be said – it’s that funk (and all it touches) will never die. You could stomp on it with the world’s heaviest jack boot, throw it in the deepest ocean, hand it off callously to the worst most anodyne producer or simply ignore it en masse and the funk will continue, its big phat bass heart blatting away, its rhythms in all their foundational complexity punching indifference and/or doubt in the mouth, its street-bumpin’ spirit, that voodoo in its veins, as indominable and resilient as any spiritual practice known to humankind. The fact that it cannot be squashed or denied is further proven by its capability, its hunger even, to be expanded upon, to welcome into its basic strut-built structure whatever influences from wherever and funkify them with joy. Funk, it might be said, is self-fortified with oomph. It’s a premise – hell, truth – held dear and made clear by the progressive funkateers Junko Beat from down N’Awlins way (of course) on second album Satirifunk, released this past summer on Drumparade Records.

Wishing to take their already myriad beat tableau that, as it is, stirs up trad NOLA funk with some West African out-there-ness, a bit of rock fundament and a serving of Caribbean stew from the islands just south of them, and merge it with, shall we say, the electronic possibilities, then inject that with themes reflecting the tensions facing nearly anyone currently alive, the band, led by and formed (in 2012) by drummer Chris Lacinak, doesn’t just succeed but sets the template, a fresh, newly-minted template.

Joined in this mission by bassist Vernon Rome and cellist (bet your weren’t expecting that) Will Snowden and utilizing again, as on 2016 debut Jamkronic, a select handful of collaborators, this time including percussionist Siguenon Kone and vocalist Jane Brody, Satirifunk rolls out with a masterful, soulful, eclectic ease wihile applying itself to issues in ways – more oblique or more direct depending – that won’t be unfamiliar to those with a solid amount of Mothership in their collection.

Whether it be the opening track “Control,” its dank liquid funk groove giving off a swampy ACR vibe, Brody’s vocals locked in defiance soul mode; the Cropper-esque guitar, reverbed haunts of a Hammond B-3 and Kone’s avant-tribal jembe work giving “Words” its odd, shadowy and deeply satisfying jazzy reggae shapes; instrumental “March 1827” (so-named, we’re thinking, as that was the month the country’s first African-American newspaper Freedom’s Journal began publication in NYC), punching straight out of the gate with finesse, rigor, and a fair dash of cinematic flair thrown in across the mix; down to the final two tracks – “Lotus Rising” with its hazy Eastern temperament, delicate and deft, and the trance-y “Land of Milk and Honey” – that attach the ‘-adelic’ to the ‘funk’ trunk, the album has a suave but kickass assuredness to it that, in the main, manages to be as focused as it is kaleidoscopic. That it does so while utilizing the full quiver of its intentions in a manner both wildly present and in tight, disciplined check is no small challenge resoundingly met. Mission, then, accomplished. [Get it here, get it now] 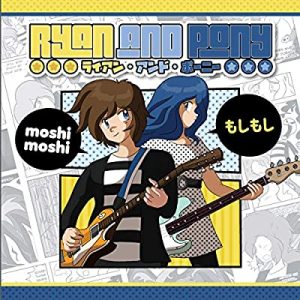 Just when I was thinking ‘We need some goddamned good pop around here. You know, the kind drenched in rock’n’roll tropes but totally its own thing,’ someone [the nice people at Pravda Records, actually – ed.] dropped this into our laps. From its cutesy/killer anime cover – sporting, appropriately, a glossy finish – to its perfect pop-dozen track count to the canonical three-minuteness to which those tracks more-or-less faithfully adhere, Moshi Moshi, snappy, astute, youthful mature and hooky as fuck, throws itself together into a tidy package that, as a bonus, could also very well serve as one of the signal antidotes to this poisoned chalice of a year.

Comprised of the most dynamic of Minneapolis’s dynamic duos, Ryan and Pony (for it is them, the former most recently the lead guitarist for Soul Asylum after making waves with his own band The Melasmatics which the latter – real name Kathie – joined from Hundred Flowers after the two met on tour) don’t so much wear their mashup influences on their sleeves as have them tattooed on their conjoined hearts. Overlaying a kind of working class power pop aesthetic that’s unmistakably Midwest – hard to say exactly what that is but it’s somehow almost always noticeable – over a punch-‘n’- grab new wave foundation, tracks pinball from openers “Starry Eyes” (not that one but you can be sure it’s no accident) and “Start Making Sense” (same, in a, umm, sense) that gleam and bash with Twilley/early Petty energies to the nimble pop complexity of “Fast As I Can” that feints and pauses – nice horn break! – then feints again in a way dexterous enough to remind of XTC (“Low”, later, brings similar feels) to the slow dance Flamin’ Groovies-circa-Shake Some Action action of “Be Still My Baby” to a pair of closers that segue from the quasi-baroque yearner “Come Find Me” into a rousing take on hometown legend you-know-who’s “I Would Die 4 U” that, with a gratifying, bookending irony really does approximate how The Records would have tackled it.

In the middle of all that, however – and, depending how your roll, Moshi Moshi‘s centerpiece – lies the bright and storming, wonderfully relentless “Thunderlove,” the cut that for our money gets to the nubbin and crux of what one might point to as the ‘Ryan and Pony sound.’ Tight petulant bass, the shiny scythe of a guitar solo, stuffed to its bopping gills with timeless headshaking hooks, it verily exudes R&P charisma in a way that seems effortless and neverending, or anyway you’ll wish it would never end – spending the rest of 2020 inside its charms would not be a bad nor unwelcome thing – but of course it must, and does, after precisely…three minutes. Nutshells just don’t come any more nutshell-y than that. [pre-order Moshi Moshi here and cop some swag while you’re at it!]