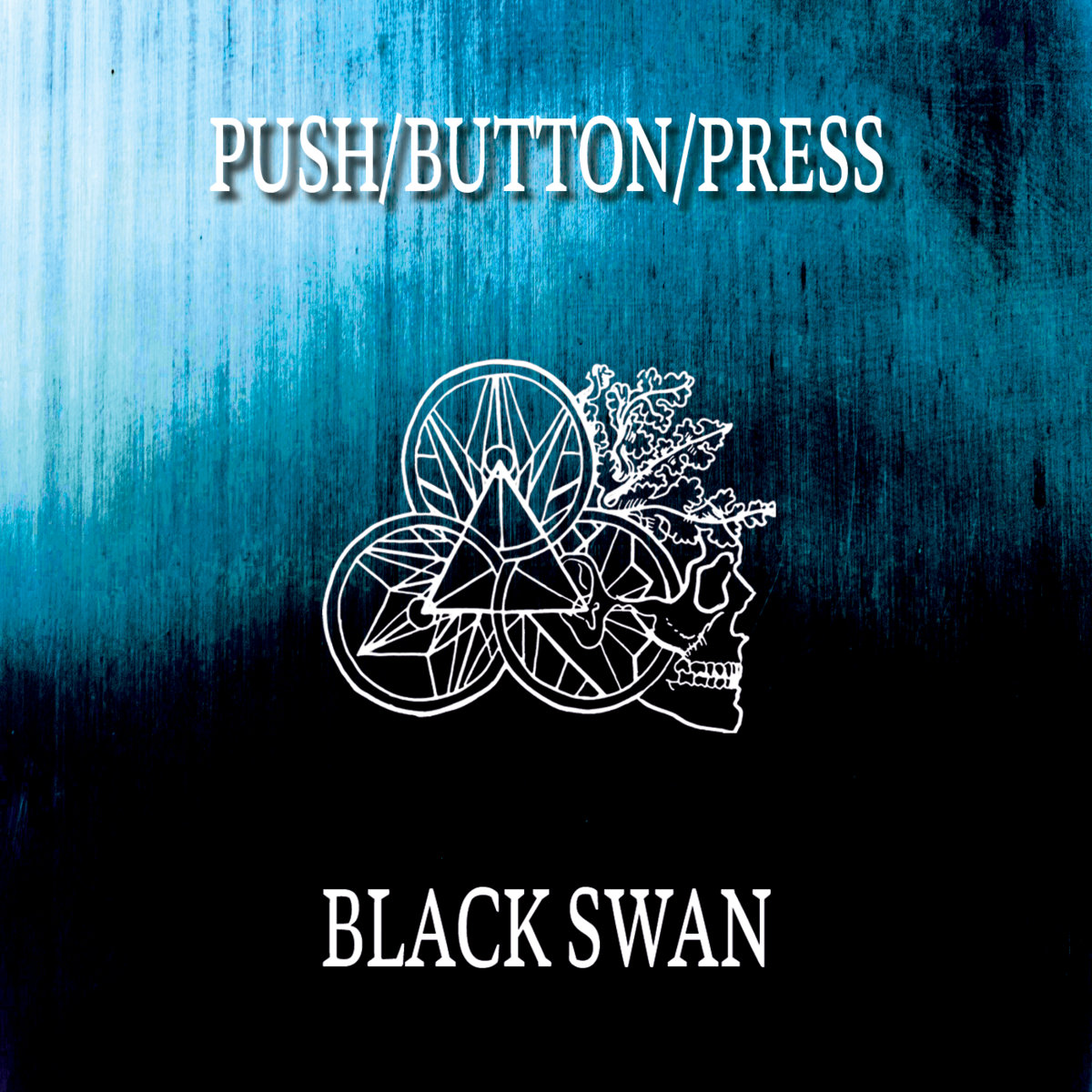 There is perhaps nothing that more clearly reveals the essential ‘who’ of who we are than what we yearn for. Not what we hope for financially or professionally, not so much the targets of our ambition, not the more reflexive feel-good bromides such as world – or for that matter inner – peace. Rather, it’s what constitutes that ineffable gist of our existence, the thrumming intuitive heart-beguiling core where desire pleasure satisfaction and fulfillment are fused inside an electric pulse, ie the center of things where the glowing kernel of passion burns the purest. Love initiates here, of course, including, most notably as poetry dictates, love of another human being, but whereas that can so often and sadly turn to ash, the love born inside the cauldron of the intense art experience – literature visual dance film and, most indelibly it would seem, music – is inextinguishable, and the wish, nay drive, to feel the spark repeatedly lit, due to the ‘know it when I hear (or see or read) it’ aspect of it, speaks most unimpeachably to the otherwise buried key of ‘self’. It’s our truest tell.

For this writer, no surprise, the crux of the crux lies in ‘classic’ post-punk. While sufficiently swooned, even here in my later years, by an ever-expanding tide of variants (synthpop minimal wave death rock EMB and on it goes), nothing touches pulse to flame to quite the same degree as – to use my own established apothegm – that sound from that time. To hear the bass line intro to “Transmission” is to throw accelerant into my nervous system. Partly – maybe mostly – to do with what could be termed ‘origination DNA’, having come of peak listening age in almost perfect simultaneity with ‘that time”s moment in ’77-’79, there’s also the not-so-small matter of those ageless, forever rust-free songs, their predominant bundle of motifs, in context and text alike, maintaining an almost eerie relevance year after year after year.

Now, in terms of ‘revivalism’, it shouldn’t need mentioning that, to be optimally moving and effective, mere copyist pandering won’t long sustain the attention of the cognescenti ear. You can’t just throw a Hooky riff into the mix and call it good. Once driven to tap into the original dark energies, the standouts, as has been the case in all genres of all art forms for all time, will be those whose work is honed with intelligence, an intuitive nous that knows the templates down to an emotional level where they’re sifted into the artist’s own unique instincts and from that can come a profoundly natural voice that matches the now.

This brings us to Push/Button/Press.

Tampa-based and first founded by, umm, founder – and singer/songwriter/guitarist – Jim Walker in 2007, the project fell away not too long into that initial go before reforming as the increasingly incoming, yet-to-crest wave of 21st c. post-punk etc. began to mount in earnest. Signed now to Cold Transmission – the already venerable label’s first signing, in fact – the band’s newest record ranks, with some ease we might add, as among the strongest, assured, and most inspired outings the movement’s current generation has tendered. Stocked to the brim with hooks, sincerity, and a sureness of tone as well as melodies seemingly forged afresh from the genre’s vestigial canon, Black Swan stands on a crowded if nonetheless still exclusive platform with the work of ACTORS, She Past Away, Drab Majesty and a rarefied fistful of others as a statement of remarkably pure intent. Most important, though, the album exudes a presence that not that many albums in any genre can claim, a product, as it invariably is, of the material feeling innately unforced. Listening, one senses the songs could have been drawn from some mythical spring of such things, the tracklist’s flow in its entirety so natural as to suggest Ponce de León was searching for the wrong fountain all those centuries ago.

Jumping into the fray with a lashing, even startling immediacy, Walker’s chrome-coated guitar ablaze – admittedly a bit glib but, in this instance anyway, think Hüsker Dü channeling Ride – drummer Shawn Watkins in an instant state of rhythm catharsis, ie a flurry of mad precision, subtly melodic bass (that’d be Max Sysk) holding down its end like the center of calm in a windstorm, “The End of Time,” aptly, with double-entendre intact, opens 2021 with the force required. Six measures in, the vocal appears and the wholeness of the track coalesces into a shiny refined beast of power and nuance. Blessed with a striking, declarative baritone that pairs the boldness of its delivery to a dark sweeping empathy, that voice underscores the sense of commanding authority that infuses all nine of Black Swan‘s songs but here, being the opening track, it’s easy to be a bit floored by its quality and the balance it brings. All in all, “The End of Time” is a maelstrom of tension and control playing itself out to the end of its tether, never at risk of snapping but seeming like it might be. It’s unrestraint restrained and it’s a thing of beauty. As such, it serves rather perfectly as an intro to what’s already one of 2021’s most formidable albums.

Wherever one’s predilections lie across the genre’s spectrum, Black Swan will find a way to nestle into that wonderfully dark heart of yours and take up residence. Not because it makes some variegated attempt to tick as many taste boxes as possible but rather the opposite of that. Walker and them, enabled by the intensely deft touches applied by producer Jarrett Pritchard, know what they’re after and nail it nine ways to Sunday, resulting in a piece of inspired continuity the removal of any single piece of which could well bring down the entire structure. First single “Trace”, second on the tracklist, introduces itself with some spidery goth latticework of guitar before plunging into its thunderously melodic core, the bass-led “Vril”, aside from hinting at its author’s interest in historic sci-fi fantasy lit, also, through its vision, how it proceeds with such effortless vigor and grace, ably captures the healing/destructive paradox of the elixir at the heart of its title, while “Black Swan” itself rides in on a somewhat distilled Sisters-like vibe and stays there, enhanced by a distant shimmer of synth and a percussive groove carved deep enough to leave scars, albeit the type we yearn for (and there’s that word again).

There’s much more that merits mention here, of course (in fact it’s but an act of sheer will that I hold back the pen so as to allow you your own fresh discoveries-slash-favorites, the spooked, sonorous swoon of “Broken Faces,” maybe, or “Spectacle”‘s – dammit! There I go again. Must. Stop.) but I’m willing to guess there’s no more convincing needed. Push/Button/Press have been carrying this potential around with them for years now (Suzy and Andreas at Cold Transmission also, you see, know it when they hear it) and while it’s beyond gratifying when any band or artist makes such glorious good on their initial promise, for these guys, at least to this listener’s ears, there was never any doubt, the only question was to what extent. That they’ve surpassed even my most elevated expectations? Well, can’t really say that I’m terribly surprised but I am delighted beyond measure. Black Swan is, put simply, an astonishingly good record.

[For good measure, we’ll leave you with a live in-studio recording of “Broken Faces” I was fortunate enough to premier on an Out From The Shadows Festival ‘House Show’ back on July 17th, 2020. Not intending to prove they’re as good live as on record but, well, they are]