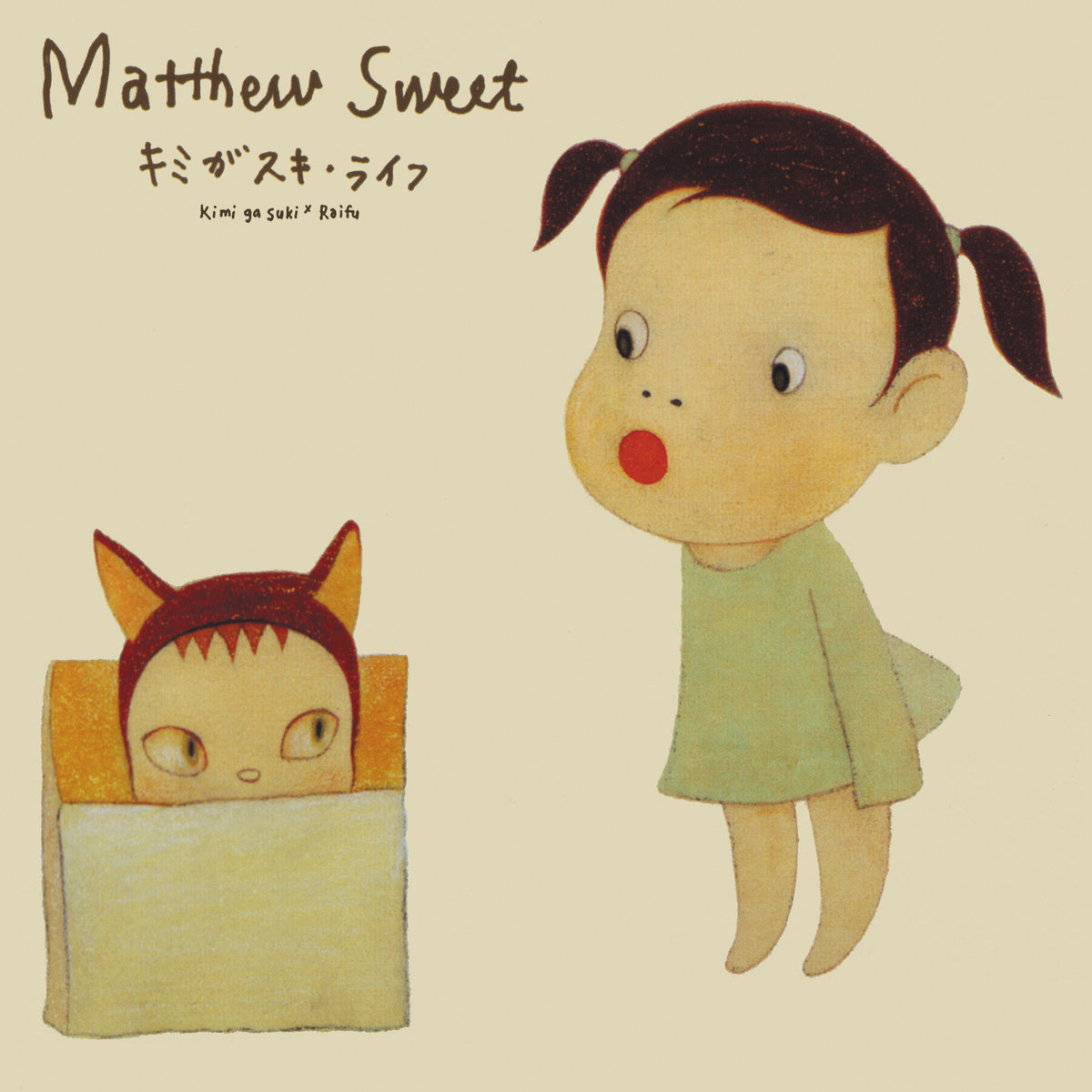 U.K. label Glass Modern have brought Matthew Sweet’s 2003 album Kimi Ga Suki*Raifu (which translates to “I Love You – Life”) onto vinyl for the very first time.

Sweet rose to the public eye with his smash album Girlfriend in 1991 which spawned such hits as “I’ve Been Waiting,” “Evangeline” and “Divine Intervention.” Subsequent albums saw no loss in his ability to write songs that linger in your head but the public’s short attention span saw him fade out a bit from our collective eye. This was a true crime as evidenced by his continued spectacular output–track after track of pure pop sugar that’s sweet on the ear.

The one track that displays Sweet’s craft for a perfect memorable melody lies in ‘The Ocean In-Between.” Starting with a punchy drum fill he wastes no time busting into the melody that rolls along effortlessly. Then that killer chorus comes in, and my gosh, if you could get Paul McCartney to sing this song, you’d swear it was one of his own. It’s that infectious.

“I Don’t Want to Know” is such a simple, straight to the point tragic love song–it’s one that gets in, gets out and rings on. Elsewhere, there’s some uncharacteristic but winning falsetto work on “Warning,”, while the acoustic ballad “Love is Gone” has beautiful harmonies and textural slide guitar. The closing track “Through Your Eyes” is the longest cut here, clocking in at a little over five minutes and it’s a nice way to go out with some of his trademark guitar soloing. A real high.

Also worth mentioning: there’s a little hidden track after a minute or so of silence of Sweet singing “Sayonara” in layers. I understand that the album was originally intended for the Japanese market, but that little bit at the end is disposable. The rest of the album is not. Probably one of the best albums he has ever produced.

Glass Modern are already on their second pressing of the album.

Originally on green vinyl, this latest iteration is a beautiful red. It’s only an edition of 500 and once they’re gone, they’re gone.