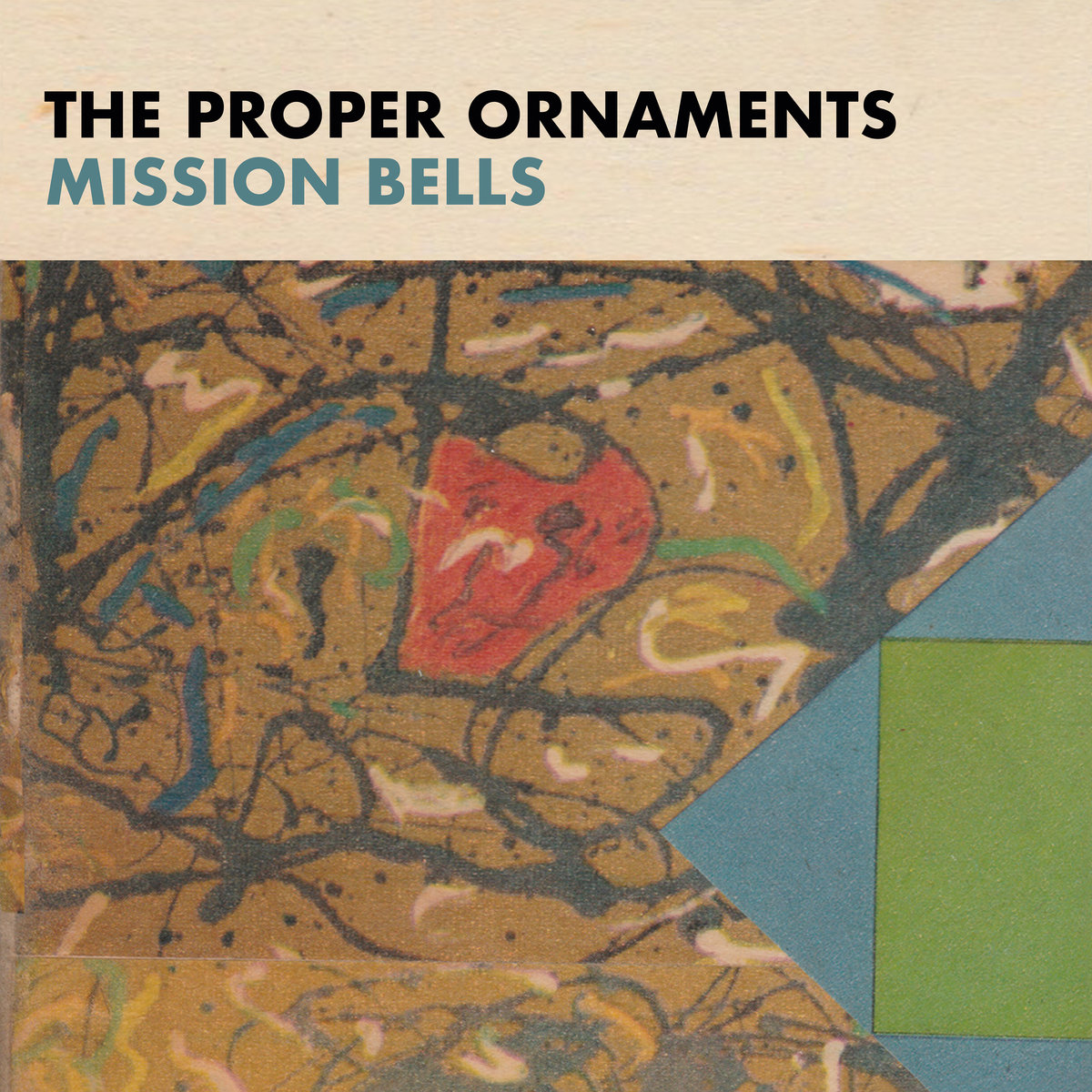 There are, it would seem, many instances, coincidences, stimuli in life that one’s just not sure what to make of. For this writer, right this second, with The Proper Ornaments’ new album Mission Bells ringing understatedly in his ears, there are at least a couple of things that stand out, each of them on the spectrum between noteworthy and breathtaking even as they lack what you might call fanfare.

One is the band’s inverted comma-worthy cover of “Downtown,” the worldwide smash pop hit from 1964 that for a short time made Petula Clark as household a name as the Beatles. If you’re hearing the song in your head right now as I’m certain you are regardless of age (though, if not), well, trust me when I say you’ll understand why I’m addressing the track in this almost obtuse manner, seeing that in place of the sparkling pop uplift that has echoed down the decades, the song here (as per the lyrics, one might argue) is dialed down and rearranged into a shuffling acoustic burner that extracts from it a lonely beauty of such depth that you’ll scarcely know where you sit with the original anymore. It’s that much of a mindblower, iconoclastic in spite of itself (the second slightly disorienting thing, by the way, was to find out, after all these years, that the song was written by Frank Sinatra, which, that being something I feel I should have known but somehow never have, makes it doubly shocking and weird that I’d discover its authorship via this radically reimagined version. That the record I covered immediately previous to this one closed with a track entitled “WWFSD?” – and yes, that’s what the ‘FS’ stands for – completes the ‘weirded out’ trifecta but never mind, time to move on).

The fact is, as regards Mission Bells‘ overarching context (and, it might be suggested, that of the band themselves), a cherished chestunt that has lived in the bright nostalgic sunshine of international regard for over fifty-five years receiving the subdued-if-lively chiaroscuro treatment makes quintessential sense. The Proper Ornaments – founders James Hoare, Bobby Syme, and Max Oscarnold joined here by touring bassist Nathalie Bruno – have from the start been that unique entity, a pop indie band that’s drawn its mojo from the shrouds and shadows and doubts of the modern condition, a condition that I think we can agree hasn’t exactly blossomed with optimism of late. Seen from that perspective then, the album can rightly be heard as a dose of stubborn succor against the inevitable tang of bitter the news leaves in our mouth at the end of every waking day.

Like slowcore pioneers Idaho with a distinctly British bent (or the Weather Prophets in a Velvets funk, if you like), the majority of Mission Bells‘ tracks, from the lumberingly poignant opener “Purple Heart” to the gentle click-clack pop of “Black Tar,” from “Echoes”‘ sweeping melancholia, its song-length hook reminiscent of Lennon at his most universal, to the finale “Tin Soldiers” with its chime and gloom and despite-it-all hope, hover in the rafters of the listening cortex with an air that’s as deucedly melodic as it is pensive and shadowcast. Though in its arrangements and tonal glow there’s far too much majesty to be so glib as to say The Proper Ornaments are putting the ‘fun’ in funereal here, it nonetheless does feel as if the aim with Mission Bells could well have been to make the ache of this current worldwide Kafkaesque moment feel somehow less acute even as it fully acknowledges it.

In essence, then, just what the doctor (the shrink the sage whatever) ordered, beautiful stirring pop music made for the fading of the light.