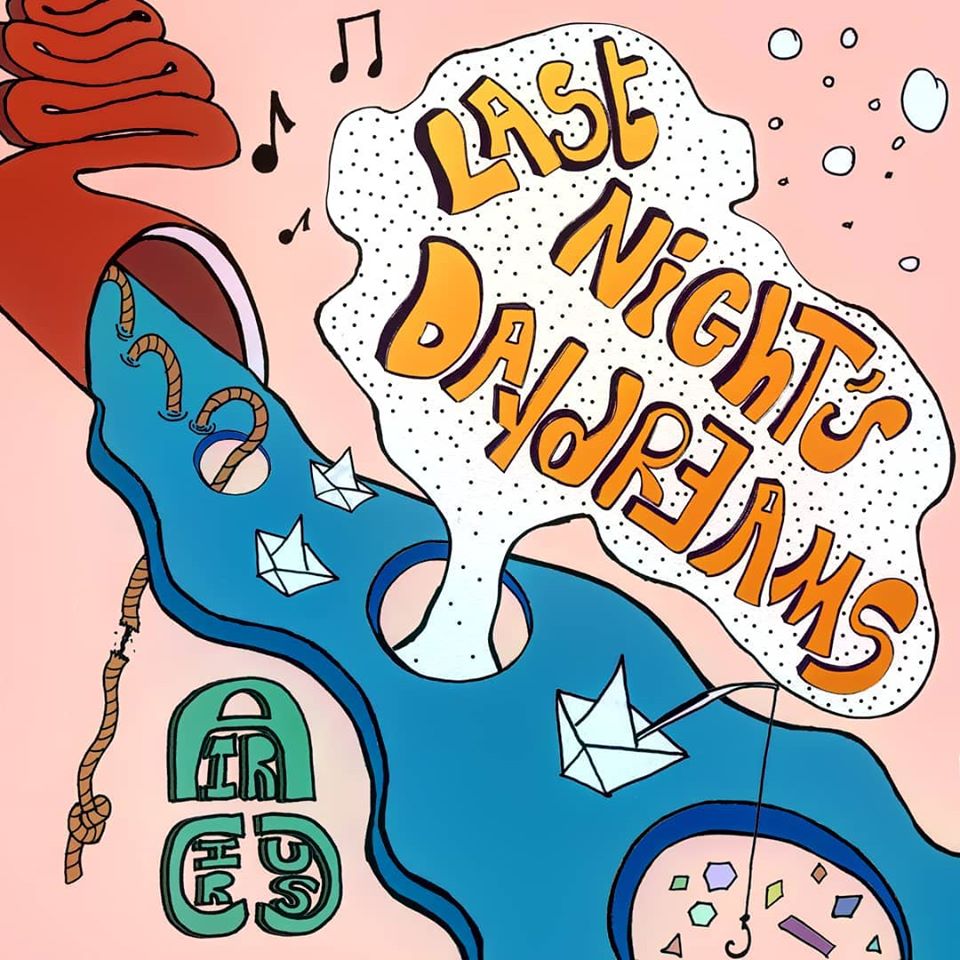 What do you get when you put crispy with crunchy and top it with a bit of groove?

Thanks to the powers of social media for sending this bedroom-pop-electronic-infused-disco-indie-rock band my way. Air Circus recently released the Last Night’s Daydreams EP and the “Pocket Full Of Pennies” single. Listening to Air Circus brings back memories of slapping on a pair of roller skates and letting it all hang out on the rink–their music is a seamless blend of ’70s soul and catchy rock and roll and it makes you want to move.

Stereo Embers: How did you come up with “crispy crunch” to describe your sound? Do you prefer a crispy crunch or a kit kat?

Air Circus: After jamming multiple times in Dan’s Uni halls kitchen, we slowly began describing every sound, every riff and tune that we came up with as ‘Crisp’. This also caught on a lot whilst recording in the studio, as a good take slowly became a Crisp Take. Also when recording ‘Days Like Yesterday,’ we actually sampled the sound of a crisp packet being crunched to add a little oomph to the snares in the chorus. So this, along with Adam’s obsession with rolling his ‘R’s (and other strange noises during live performances), we only felt it right to use such a tingling noise to describe our sound. Weird but also quite satisfying. But now that you mention a Kit Kat…well, if it is the end bits of a Kit Kat Chunky, then we might just have to go with that!

SEM: An all-day music festival is in the works and you are in charge of the entertainment. Who do you invite to play and who is your crispy crush headliner – the one you get to play with on stage?

SEM: I call this my Three for Three. What are your top three influences when it comes to creating music?

AC: Listening to new tunes from different cultures and finding great new sounds, rhythms and ideas. Late night jam sessions, either together or on our own. Just hanging out with each other and going to new places, we never know when inspiration will strike and where it will come from (but lately we have found that it is when we are desperately trying to finish one song, then we get sidetracked when Dan makes a cool new synth sound and we spend the next few hours making a whole new song, haha).

SEM: What are your top three books that you would recommend to others?

SEM: What are your top three movies/shows?

SEM: What is your favorite part of the process when it comes to music?

AC: Collaboration. We think this is really important when making music. After all, this is how we both started to work together. Only since this April have we become really close friends due to making music together. We went to the same school together but never really knew each other–it was only until Dan asked me to come down to his Uni to record some tracks for a project that we really started working together on Air Circus. Adam worked with a great trumpet player on the first EP ‘Messages From the First Fleet’ back in 2018. We really hope to collaborate with others on further projects and see what we can make together. We always find playing and making music together is really rewarding and enjoyable.

AC: Getting Days Like Yesterday played on the radio, all of the moments we’ve suddenly created a song out of nowhere, when Adam eats his sweetcorn, responding with ‘This is True’ to everything that Dan says and watching him wind up, laying live together in small, intimate venues and really weirding out a crowd.

SEM: If you could have a sixth sense, what would it be? Maybe you already do, so spill!

AC: Being able to smell colours…but maybe we can do that already…

AC: Talk about the ending, when you are only at the start.

SEM: What would be the biggest rough spot you have had to face in this industry, if any?

AC: Getting started and getting noticed by people further than your friendship circle. It is very hard to break out into the industry and in a world were music streaming is endless, it is quite difficult to stand out. So, I think we have to do something that is weirdly different, yet slightly familiar…but we still have to figure out what that could be!

SEM: If you could collaborate with anyone right this second who would it be?

SEM: Top 10 songs currently massaging your ear-lobes at this moment

Are You in Love – James Blake

Stuck on the Puzzle – Alex Turner

Real as These – Blueprint Blue