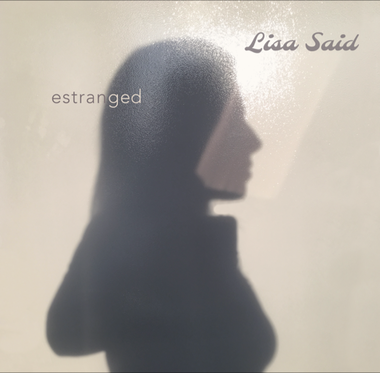 Written before, during, and after the near-miraculous birth of her debut album No Turn Left Behind (why miraculous? See this Lightning Strikes column here), the four tracks on Lisa Said’s follow-up EP Estranged were recorded then released with a sense of urgency and it shows. In a good way. A very pleasing, maintaining-faith-in-music way.

Retaining the heart of the team that helped shaped and create No Turn – Andrews Cox and Toy (mandolin and drums, respectively), guitarist Seth Kauffman, and legendary sound engineer Don Zientara also supplying a bit of bass and synth – Estranged further cements the Washington DC-based Said’s growing reputation as belonging among Americana’s most engaging and naturalistic singer-songwriters.

Opener “Some Dudes,” over a nasty, brutish, and thankfully not too short VU churn, manages to be simultaneously wry, sly, self-effacing, indicting, and frequently funny (“some dudes just wanna hold my hand, some dudes wanna be my handyman / those dudes…I wish I knew those dudes“), the song in the end a kind of Tinder-nodding feminist dating litany, all the calling out balanced by a heart of yearning. “Regular Guy” then comes on like your basic acoustic-strummed country pop ballad before gaining ensemble speed with the aid of Joel Schantz’s stinging electric guitar work – his only appearance here and he makes it count, channeling Stephen Stills in his early 70’s prime – Said, reappraising her role in a past relationship, shading ever-so-subtly from self-doubting to its full-on opposite. “Peel the Moon,” meanwhile, buoyed by the stippling pick of Cox’s mandolin, is a slice of classic Nashville swing with a side of straight-up defiance that slots it neatly in the distaff country catalog between Roseanne Cash and Dolly Parton, an estimation made more convincing by “Up Not Down” that finishes the EP with a wistful mix of vulnerability and hope, the kind of track that’s perhaps best heard on a jukebox at dusk after a sunny dusty day.

While Said’s stated passions run as often as not to the Stones/Who/Faces contingent – and in fact it is easy to hear some post-Marriott sass animating “Peel the Moon” – the happy fact is she uses the implied energy and verve of said influences to immodestly electrify what’s becoming an impressive canon of (eminently coverable) future country-rock standards. [Estranged available here]