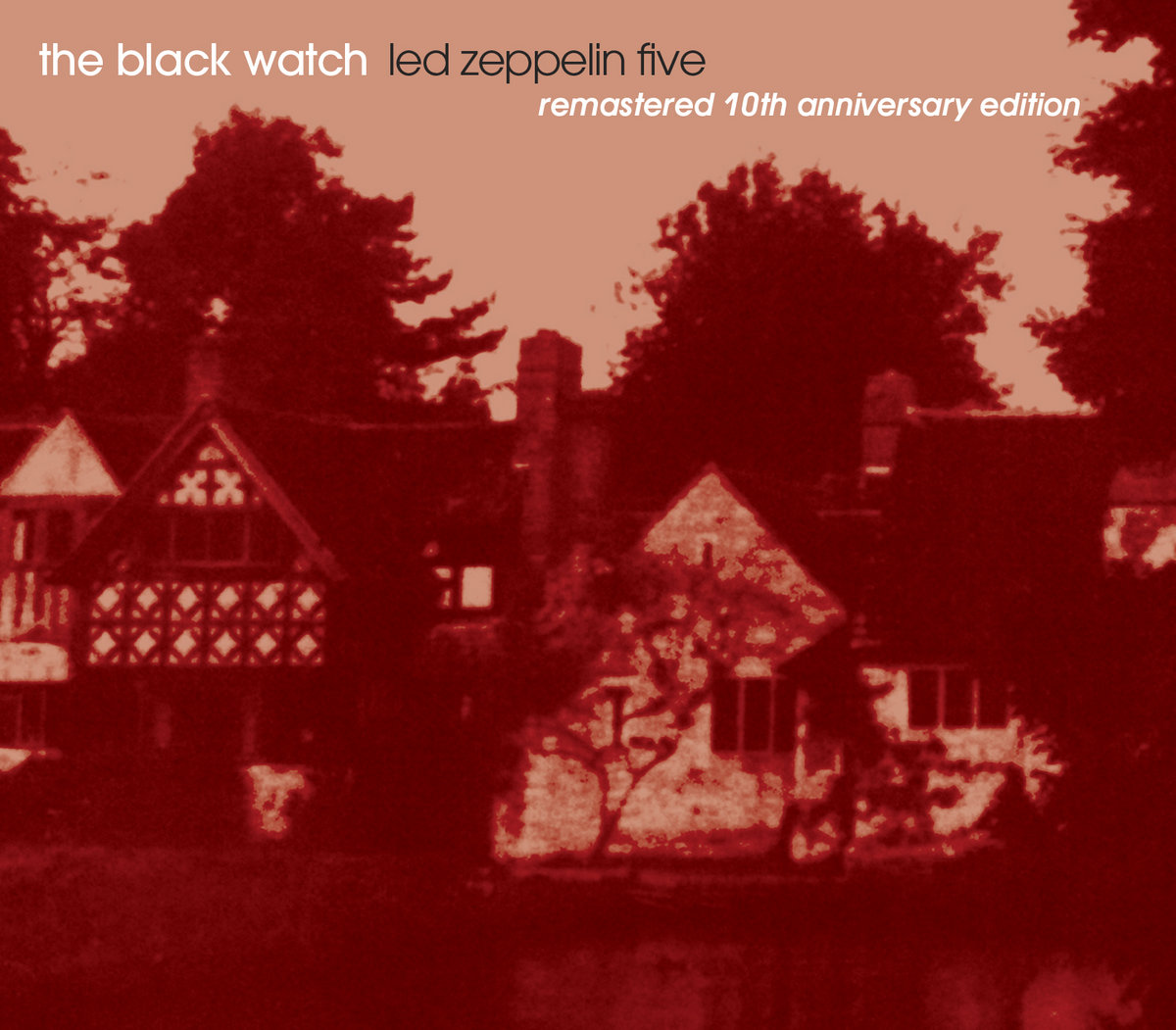 “You know the feeling. You glance at the calendar – yep, we still hang ’em on the wall in our house – and think ‘Oh, huh, it’s been a while. Should be a new…something from the black watch soon.’  Then, as serendipity would have it, there’s John in your email.”

Those were the words written in preparation for a review of the black watch’s release from this past May called The White EP which I ended up not covering because, y’know, I’m only human. Or anyway I think it was that EP but what’s funny one way or the other is that the most recent tbw we did review was not ‘something’ but rather Fromthing Somethat that arrived on the scene in the latter half of last year and which, if memory serves, didn’t reach these pages until some time between insurrection and inauguration, 2021. Now that that’s all (almost certainly not) cleared up – the only thing for certain here being that being in this band’s company can make a jumble of your own personal history – let’s move on to the new album which, in predictably perverse fashion, isn’t exactly ‘new’ but is newly remastered to terrific effect and anyway gave your faithful scribe the opportunity to address an album that predates by some three years his decision to join the black watch watch, an assignment, in retrospect, that was taken on in what would seem a state of dewy innocence but would eventually bloom into a kind of default obsession, an addiction neither unwanted nor, it would appear, unbreakable until the sweet breath of eternity fills either my or black watch mainstay John Andrew Fredrick’s lungs one last time (and I suspect that, should such a mortal miracle actually occur and I outlast the tennis-togged professor emeritus, an estate of outtakes will await me that no matter what level of rock writer Methuselah status I might’ve obtained by then will be undone by the interminability of the black watch vaults).

A one-man walking singing and – especially – songwriting refutation of those attention-seeking cranks out there who claim to love rocknroll but hate the Beatles, Mr Fredrick nonetheless possesses sufficient suss to not even bother trying to imitate the inimitable but to instead grab ahold of the inspiration the Fabs’ very existence distilled across the pop and rock stratospheres and cross-mix it with his own élan and slyly hyper-literate wordsmithery (I swear you can almost hear the erudite and gentlemanly twinkle in his eye), a gift he’s been bestowing upon us with a deliriously crushing regularity for the past thirty-three (and, no doubt, one-third) years, all the while incrementally honing and shaping his craft until its virtually bullet-proof. In this sense a band like the black watch, a writer like JAF, don’t ever really ‘peak’ per se but can instead be seen – and heard – as a steadily ascending entity striding, heads down, amps on, along an upwardly tilted plateau, a course that over time renders the notion of discographical chronology pretty meaningless. Appropriate, then, that the lead track on this spiffed-up, sharply remastered (by Sean Haney) 10-year anniversary reissue of 2011’s Led Zeppelin Five (released July 16th on Atom Records), kicks off  with a couplet that references dèjá vu.

With its GBV-kissed, fuzzed-up, post-grunge guitar chording bracketed inside a couple of chiming bookends that bounce from channel to channel, “Oscillating” could not be a more quintessential gateway lure into the black watch aesthetic, that opening line “Pay attention to the feeling you’ve been here before” speaking sneaky (whether intended or not) volumes to the ever-pleasing tbw listening experience and the sedimentary layer of rock history in which it’s embedded. All such theorizing and editorial calisthenics aside, however, it’s easy to understand after just a cursory run-through why Led Zeppelin Five, even accounting for those few deluded Zep fans that took its title seriously, has outsold every other album in the band’s catalog.

Take a listen to the lucent, deliciously yearning and ultimately rock-static “How Much About Love,” to “Emily, Are You Sleeping?, trippy but jumpy but catchy popsike that plays a sort of audio hopscotch with the Floyd song its title might remind you of, to the gently misnomered “Earl Grey Tea” that virtually soars like it’s “Eight Miles High”‘s rambunctious, slightly more grounded but just as stellar offspring, to “Only Last,” a mini-pop masterpiece what with its harmonic filigrees and its discreet double-tracked vocals that doesn’t just wear its heart on its sleeve it weaves it right in to the damn fabric, and really to any of these tracks and what you’ll hear is a thesis statement of sorts, one strong enough to merit entry into the pantheon wherein your Hazlewoods, your Roy Woods, your McCartneys, your whatevers.

Beyond that fundamental (and well-established) fact, the key to Led Zeppelin Five‘s enduring esteem is its unassumingly rapturous sound, the album’s textures overall giving rise to phrases such as ‘vast intimacy’ and ‘brilliantly empathic,’ none of them quite suitable but as close as I can get. Yes, LZF has been remastered but without the richness of the original canvas the little pop addict inside my chest wouldn’t be raving to the extent he is and for this we must credit original producer/engineer Scott Campbell, his subtle touch of genius integrated with such unforced ease throughout the whole of this record one cannot but help but reach for the superlatives. And capping off this orgasmatron of circumstance? the black watch’s next album of fresh material, already recorded and called Here & Now which Fredrick supposes is their twentieth but it’s possible we’ve all lost count, was helmed by…Scott Campbell. [snag your copy of Led Zeppelin Five here]