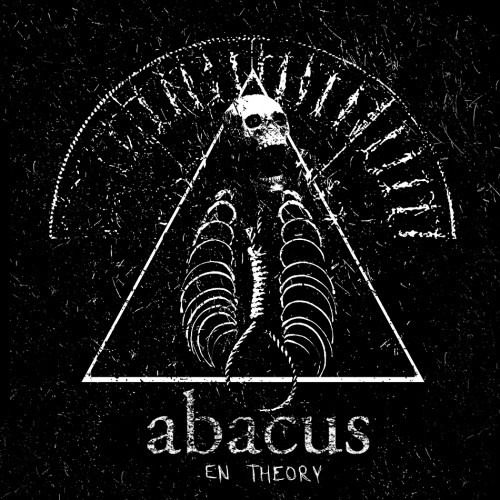 When I first heard Abacus’ 2013 self-titled EP, I knew that they were an exhilarating band – ferocious and dangerous. Their sound was so massive, heavy, and intense that I didn’t think that I’d ever hear its like again.

That is, En Theory, Abacus’ debut LP, which comes out today (March 3, 2015), proved me wrong. It not only tops the EP by leaps and bounds, but it also launches itself directly at you like a silver rocket on an expressway to your skull.

The Sonic Youth references in the previous sentence are no accident. En Theory sounds like the adrenaline rush that you experience during the explosive noise section of SY’s “Silver Rocket” – only this adrenaline rush lasts for an entire record and not just one song.

Credit needs to go to producer Phillip Cope (of Kylesa) for capturing the sound of a young band – full of confidence and swagger – and creating the illusion that they’re playing live for you every time you play En Theory. In the atmosphere of the music, you can hear the sweat and passion of the musicians; you can hear the broken bottles and blown amps of a dirty rock club.

Then there’s Abacus themselves, who (as a rarity in today’s homogenous musical landscape) stand out as individual players with individual personalities while functioning as a solid unitary force. 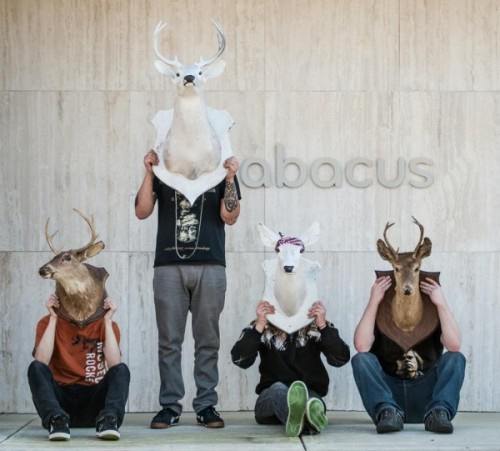 Vocalist Alex Strickland reminds you of Iggy Pop (I think he might even smear himself with peanut butter in his spare time). He growls, spits, and seemingly rips apart his vocal cords, his mouth more of an aggressive instrument meant to add intensity and sheer noise to Abacus’ sound. Just listen to the way in which he and drummer Paul Huff play off each other on “Intentions,” whose structured rawness sounds like controlled insanity.

For that matter, listen to how the entire band works together on “Bodies of Water.” The track shows that guitarist Josh Bumgarner can play punk and thrash in the style of Dead Kennedys and Slayer while simultaneously creating complex guitar lines along the lines of Converge and Iron Maiden. Huff’s drums stick out, punchy and clear, and Kevin Scruggs’ bass makes the low-end come alive. And Strickland finds a way into this brew, a human sound machine of screams and utter noise.

Perhaps the strongest song on En Theory, “Loyal Death” amalgamates punk, metal, and prog, presenting these genres in a totally new way. Bumgarner plays a clean guitar melody that erupts twice into crushing noise sections, and Huff and Scruggs contribute the heavy rhythm that drives the song. Strickland howls lyrics about loyalty, friendship, and death, adding yet another layer to the intricacy of the song, which sounds (oddly and coolly) like Genesis and The Dillinger Escape Plan got together for a jam.

Scruggs, as he does on “Bodies of Water,” forms the backbone of “Disclaim” – another triumph. He’s the glue that holds the band together here (and throughout En Theory), especially in the way in which he allows Bumgarner’s noisy and maybe even dissonant guitar riffs to work together to create a truly disturbing and exciting piece of music.

Abacus’ two manifestos on En Theory – “En Theory” and “Nothing Is Sacred” – are like bread and butter. That’s how well they work together. The former is all punk speed and buzz, heavy with intimations of that perfect time when Lemmy and the rest of Motörhead must have discovered Ramones and Sex Pistols. The latter showcases Strickland’s passionate questioning of authority over music whose intent is to make you feel uncomfortable. It’s sort of a metal-punk version of something by Throbbing Gristle or some of the No Wave bands.

Nothing is sacred. Abacus’ credo points to the impetus behind all great art – namely, that art is resistance. And En Theory is great art.

Photo of Abacus by Sean Rayford.