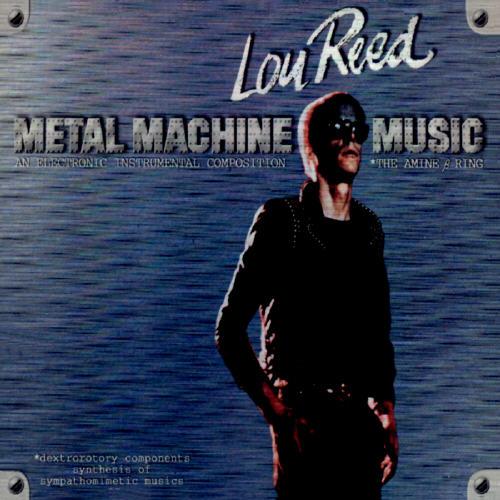 On January 21, 2015, Lonely Vagabond published his article, “Declaration of a New Alternative,” in which he coined a new term:

“No Pop (noun) – short for Not Popular. Meaning anti-commercial, non-chart-friendly, also inferring there is no expiration date on music nor is it limited by geographical or regional boundaries.”

I’m in complete agreement with Lonely Vagabond’s manifesto – so much so that at the beginning of this article, I’d like to add a historical dimension to his claims.

What do all these manifestos have in common?

They reference or were written by writers, artists, and musicians who, as Lonely Vagabond writes, “haven’t lost their capacity to be creative, experimental or boundary-pushing.”

As the years passed, most of these innovators have, of course, gone from being outlaws to the unknowing coconspirators of corporations. Reproductions of Cézanne paintings that were once considered radical now hang in meeting rooms in corporate suites, Eliot’s once experimental poetry now features in textbooks published by corporations, and people who have never heard “Sister Ray” now proudly don Velvet Underground/Andy Warhol banana t-shirts.

It’s Lonely Vagabond’s recognition of the way in which corporations level the avant-garde into the mainstream that, in my opinion, leads to his criteria for No Pop.

These criteria transform musical (and, indeed, all cultural production) into a political act. Better, they hold up musicians to very high aesthetic and ethical standards, making listeners ask tough questions about the acts they support.

Lonely Vagabond claims, “Historically music movements start from a regional market, formulaic over-produced schlock always precedes it, and there was always a label/term for the media to latch on to.”

You can see this claim in operation in the Paris of Picasso and Braque, as well as in the Seattle of Nirvana, Pearl Jam, and Soundgarden. The former two artists developed Cubism as a response to and evolution of Post-Impressionism, just as the latter three bands developed their sound as a response to the hegemony of 1980s’ hair metal.

Now, here’s the difference between Cubism and what happened in Seattle in the early 1990s. As we’ve seen, the Cubists produced their own manifesto, whereas the corporate media invented the term “grunge” to define the Seattle sound. In so doing, they lumped together a variety of bands that came from the same region but, when you really think about it, didn’t have that much in common sonically.

In the case of “grunge,” imitators such as Bush and Creed followed, producing a manufactured sound that functioned, as Baudrillard would say, as corporate-sponsored (and watered-down) simulacra of what came before.

If I’m reading Lonely Vagabond correctly, the corporations have so much power in transforming the radical into the mainstream that it’s almost impossible to overcome their hegemony.

A situation may look something like this. A listener who’s never heard of Lou Reed hears Suzanne Boyle’s cover of “Perfect Day,” discovers Reed’s original performance, purchases the Transformer album, purchases the Berlin album, and then discovers Metal Machine Music and the Velvets’ White Light/White Heat.

There’s a learning curve here. It takes more work on the part of the listener to enjoy Berlin, Metal Machine Music, and White Light/White Heat, which are more complex works than Transformer. They require more time and more of an energy investment. The instant gratification that grates on Lonely Vagabond simply isn’t there. But, if listeners choose to invest the time and energy, they will not only develop their aesthetic sensibility but also make an ethical (or political) stance against the corporations that insist on dumbing them down with “schlock.”

Lonely Vagabond’s emphasis on the “archive” is crucial here. It’s where Reed’s most brilliant work continues to live. It’s also where jazz fans honed on Coltrane’s A Love Supreme and “My Favorite Things” will find the life-changing Ascension, Meditations, and Insterstellar Space albums.

On a final note, in our private discussions, Lonely Vagabond and I have talked about our appreciation for bands for which the media has coined the term “psych rock.” But, really, what do such bands as The Brian Jonestown Massacre, The Black Angels, The Black Ryder, Elephant Stone, and Temples have sonically in common? THE NEED TO DEFY EXPECTATIONS WITH EACH RELEASE, NO MORE NO LESS.

It will be interesting to see whether these bands get homogenized in the mainstream. So far, some homogenization has occurred at Pitchfork, the hipster online music daily, who don’t support any of these bands they way they do Arcade Fire, Radiohead, and The National. To me, this is a sign that the No Pop movement is already in full swing.