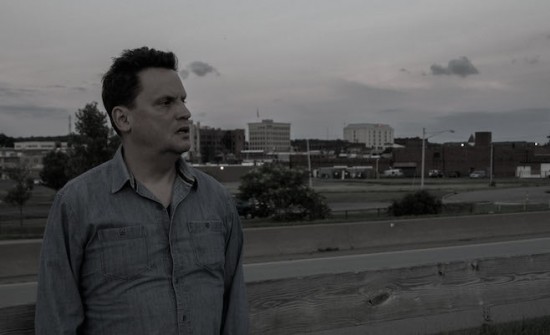 Sun Kil Moon’s “The Possum” (which comes out on December 1) is an education in imaginative sympathy – and the song’s structure is key to what Mark Kozelek wants to teach.

Is it fair to call Kozelek a teacher?

Yes – just as much as it’s fair to find teaching at work in the novels of George Eliot and Leo Tolstoy.

Following the technique of two of his great 19th-century literary predecessors (think: Eliot’s Middlemarch and Tolstoy’s Anna Karenina, in particular), Kozelek structures “The Possum” as two seemingly disparate narratives that resolve in introspection and spiritual awakening.

Of course, this method is familiar to anyone who’s read Hegel and his famous dialectic of thesis, antithesis, and synthesis.

Anna Karenina upholds this dialectic. Tolstoy contrasts the chapters devoted to Anna’s nihilistic affair with Vronsky to Levin’s struggles with faith. But, in accepting Christianity at the novel’s conclusion and internally resolving the novel’s central conflicts, Levin’s conversion – as the rest of Tolstoy’s work attests – starts the new dialectic of faith.

Kozelek begins “The Possum” by contrasting his encounter of an injured and dying possum “down in the nook” to his attendance of a Godflesh concert and the music he hears there. The brutal aggression of Godflesh’s music is the obverse of the helpless passivity of the possum.

These two seemingly disparate images come together in Kozelek’s thoughts after the Godflesh show. Accompanied by some tender guitar strums that oppose the heavy rock of the song’s beginning, Kozelek thinks about the possum and, more importantly, how he and the dying possum are truly one: “old and beat up”…“shaken and full of fear,” as he sings in the song’s beginning.

It’s crucial to remember that the harsh music of Godflesh brings out the frailty of the possum – and Kozelek himself. The higher synthesis that results from the thesis (possum)-antithesis (Godflesh) dialectic is Kozelek’s awakening to and acceptance of his desires: for love, for music, for perseverance, for endurance…for the courage to keep living in the face of the death that must inevitably come.

Kozelek’s no longer “shaken and full of fear.” He’s learned the higher synthesis of self-love, which opens up a new dialectic – one between the self and other beings, or, rather, of seeing one’s self in all other beings.

With Kozelek and Sun Kil Moon, we have a Tolstoy in our midst.